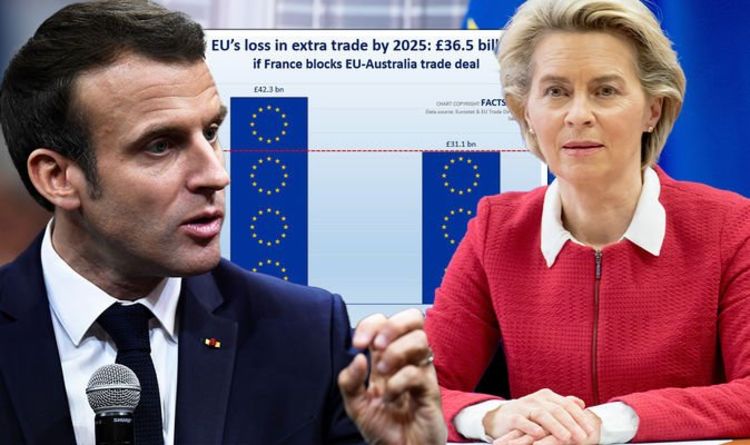 The security agreement to build nuclear-powered submarines, widely regarded as an effort to counter China’s presence in the South China Sea, led to the end of a deal worth £27billion (31.5m euros) between and France. Signed in 2016, a key premise was for to build 12 conventional submarines. Anger in Paris is best summarised by French foreign minister Jean-Yves Le Drian, who described it as a “stab in the back”. He believes it amounts to “unacceptable behaviour between allies and partners”.

In the aftermath, France has withdrawn its ambassadors from the US and Australia – and cancelled a gala in Washington DC. French defence minister Florence Parly also confirmed it would pull out of scheduled talks with Defence Secretary Ben Wallace.

And Clément Beaune, France’s Secretary of State for European affairs, has now said the long-awaited EU-Australia trade deal can no longer move forward.

It was due to be completed this year, but Mr Beaune has said moving forward as originally planned is now “unthinkable”, as it would amount to acting as “if nothing had happened with a country in which we no longer have trust.”

Facts4EU.org has crunched the numbers – and suggested halting the deal will come at a £35billion blow to the EU by 2025. 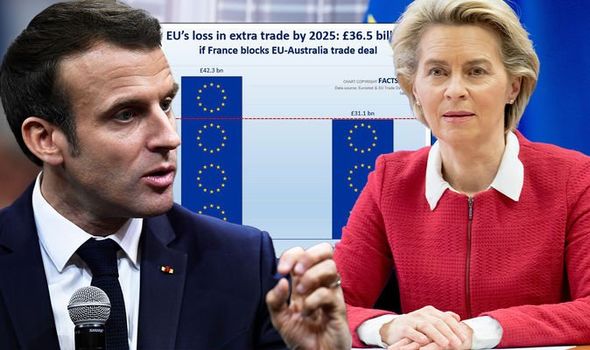 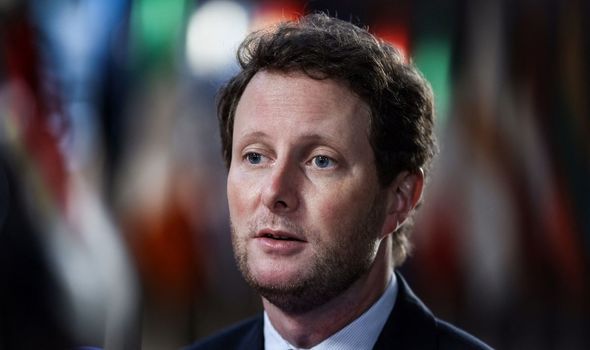 The European Commission has been in talks with Australia over a lucrative trade deal since July 2018 as the bloc ramped up attempts to strike an agreement following Brexit.

At the time, Brussels estimated trade in goods between the EU and Australia could surge by 37 percent in the event of an “ambitious trade deal”, while services trade had been estimated to increase by eight percent.

Facts4EU.org has said between August 2020 and July 2021, EU27 exports to Australia totalled €31.6billion, while imports from the Southern Hemisphere powerhouse amounted to €7.8billion.

This brings total trade between the EU and Australia to €39.4billion (£31.1billion). 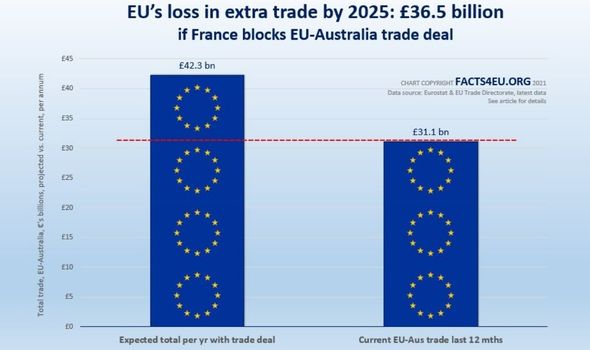 The firm said the expected annual uplift is £11.2billion per year, which means that by 2025, the EU will have lost £36.5billion in additional trade if the potential agreement between the two sides collapses.

Facts4EU.org noted: “We have conservatively used an uplift of 33.3 percent rather than the EU’s estimate of 37 percent, and have assumed that the benefit of the trade deal will not start to be felt until nine months after the deal has been applied.

“It should also be noted that all global trade has been lower in this period due to Covid-19.

“This is equally true for EU-Aus trade, so the effects will be even larger once trade recovers.” 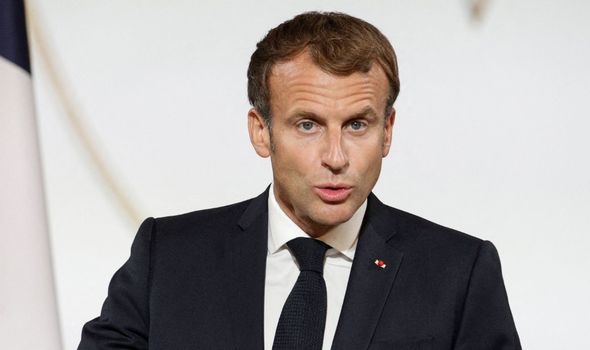 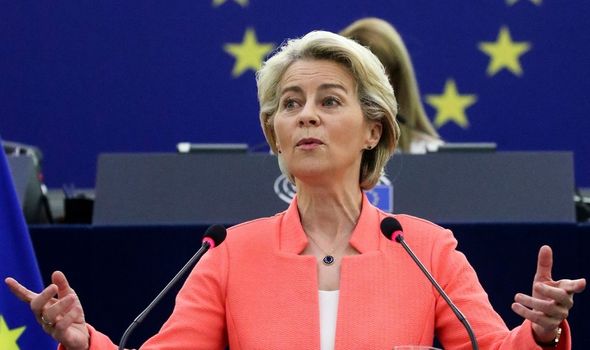 France has not been shy of venting its fury towards Australia over the failed submarine deal, and the country led by Emmanuel Macron has been backed by several major EU leaders.

The initial reaction from Brussels had been somewhat different just last week, and when asked if the free trade agreement would be delayed or derailed, the Commission’s Vice-President and foreign affairs chief Josep Borrell said: “Let’s not mix apples and pears.”

But the view appeared to have shifted on Monday when during an interview with CNN, Commission President Ursula von der Leyen warned: “One of our member states has been treated in a way that is not acceptable, so we want to know what happened and why.”

He said before a meeting of EU counterparts in Brussels: “We cannot act as if nothing happened. We need to look into all options.” 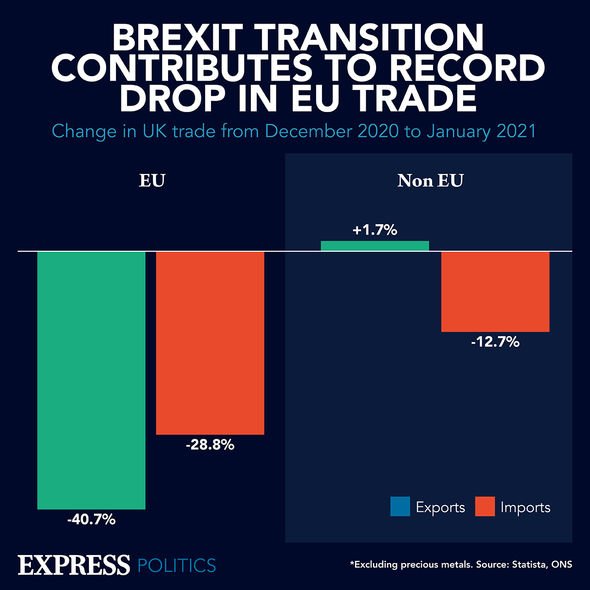 Facts4EU.org concluded in its report: “France is still a great European country, a major military and economic power, and one of the five permanent members of the UN Security Council.

Yes, the French Government has suffered a major blow to its prestige, but can anyone seriously imagine the British government acting like this if the chaussure had been on the other foot?

“No doubt Monsieur Macron has calculated that with an election coming up in early April, the last thing he wants is to be associated with a French loss of face. Sooner or later, though, he will have to speak.

“We urge him to act with maturity and statesmanship. This week in New York at the UN General Assembly, he could restore French pride without resorting to the childish insults and threats pouring from the mouths of his Government ministers.

“And in particular he could quash any idea of punishing Australia in the same way he has continually sought to punish Brexit Britain, and state that he has no intention of punishing the rest of the EU in a French revenge attack on trade. Now that might impress the World.”