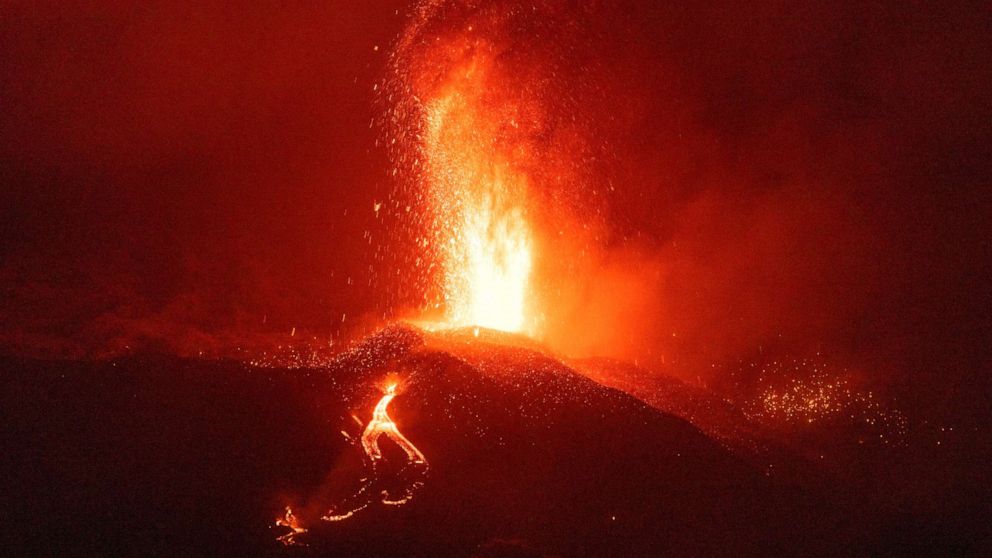 Lava continued to flow through the island of La Palma on Tuesday following a volcanic eruption over the weekend.

Roughly 180 buildings have been destroyed and more than 7,000 people have been forced to evacuate from La Palma, which is part of the Canary Islands, southwest of Morocco. About 400 tourists were evacuated to the nearby island of Tenerife, authorities said.

Ongoing earthquakes have also opened new fissures along the mountainside.

Officials expressed concern that once the molten hot lava hits the ocean, a thermal shock may release clouds of toxic gas and bring acid rain to the popular tourist destination.

Authorities are urging sightseers to stay away from the area. No deaths or injuries have been reported at this time.

Regional leader of the Canaries Angel Victor Torres Perez told local reporters in Spanish that emergency crews are working efficiently to aid evacuations and expressed his “total solidarity” with the evacuees.

The volcanic eruption Sunday was the first on Spain’s Canary Islands in half a century.

“We’re just a few hundred feet from the actual volcano. It’s just one of the fissures. … I’m not sure if you can tell but we are being rained on with ash,” said ABC News’ James Longman, who is covering the eruption on location. “It’s just extraordinary.”