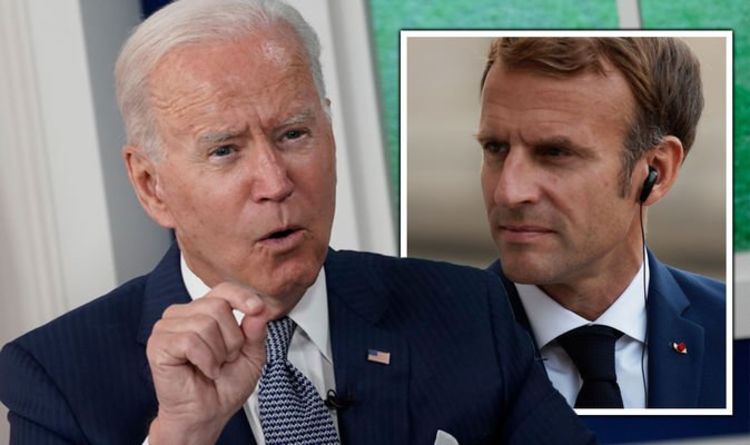 Aukus sees the US and UK help Australia develop nuclear-powered submarines, but caused Canberra to scrap a $90billion (£48billion) contract with France. Paris was outrage by the “snub”, and withdrew their ambassador from Washington as a result of the deal. Now, the US President will meet with his French counter part in October.

In a joint statement following a phone call on Thursday, Mr Biden and Mr Macron said they would meet imminently to discuss Aukus.