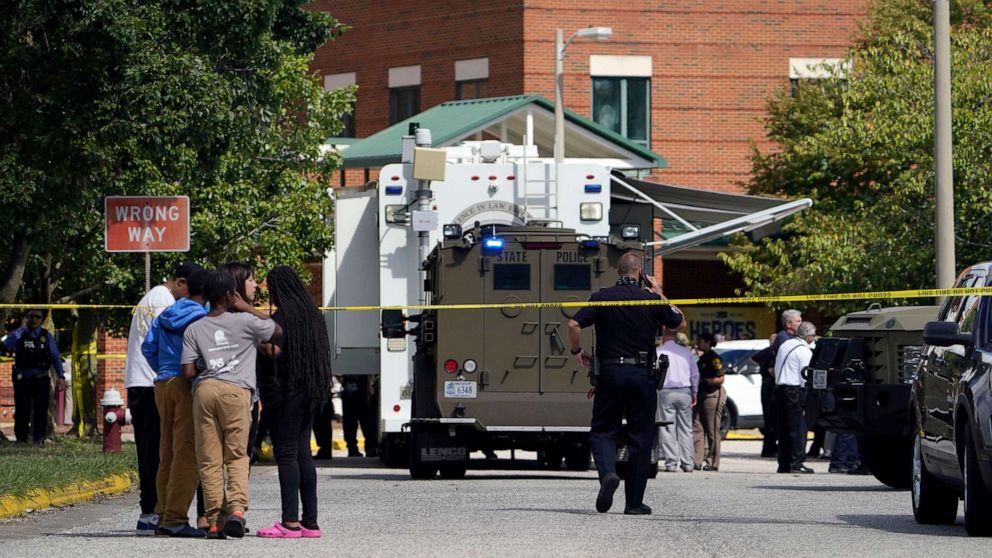 Two people are being treated for gunshot wounds following a shooting at Heritage High School in Newport News, Virginia, according to police. Their injuries are not considered life-threatening and a suspect was in custody later in the day, investigators said.

Students at the high school were evacuated and sent to the tennis courts, according to the Newport News Police Department.

Police said at 11:30 a.m., they responded to a shooting call at the school. “Four, maybe five” students were sent to area hospitals. Of those, two were being treated for gunshot wounds.

Another student is being treated after falling during the chaotic scene, while another was transported for breathing issues related to asthma, police said.

Later in the afternoon, the Newport police said they had a person in custody, who they would only describe as “a male juvenile.”

The investigation is ongoing.

Police said they are going through footage and evidence recovered from the scene as they hunt for the suspect. Police officers said they don’t believe the suspect is a threat to other members of the community and it seems there was some type of altercation that led to the shooting, but they’re still investigating.

An official with the FBI Field Office in Norfolk, Virginia, tells ABC News they are aware and providing assistance to local authorities. The ATF said it is also assisting.