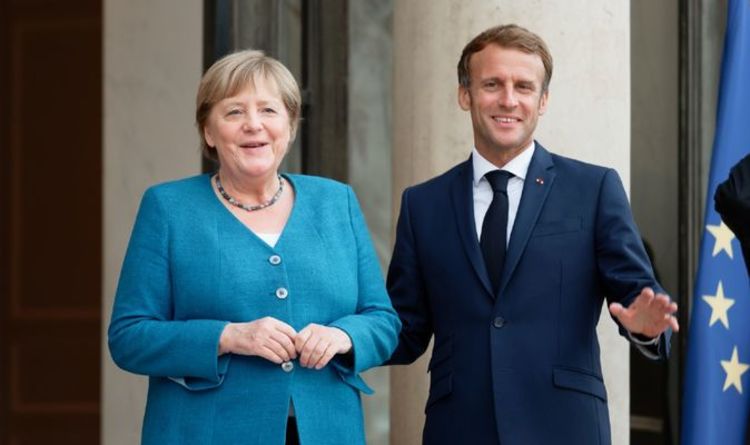 The far-right leaning MEP that represents the East of France for Marine Le Penn’s National Rally went on to question France’s relationship with Germany. Her tweet, in French, said: “In spite of boastful notions of ‘European solidarity’, Germany will not support France in the submarine affair. “Yes, Franco-German friendship is a farce, and in a post-Brexit EU, it’s each for himself.”

In a tweet reflecting the point argued by Ms Bilde, French politician and Inspector General for Finances, Francois Asselineau also waded into the argument in a Tweet, also in French; which said: “European leaders refuse to look reality in the face.

“The pretend fantasy of French leaders and media.

“The Germans are totally duplicitous. In all their affairs, they aim at defending their interests, whilst squashing the French.”

Mr Asselineau, who claims to be a candidate in the upcoming French Presidential elections went on to say the poor relationship is nothing new, saying in another tweet: “From the outset of the so-called ‘European Construction’, the Germans have played their own game and preferred submission to the US rather than sincere cooperation with France.” 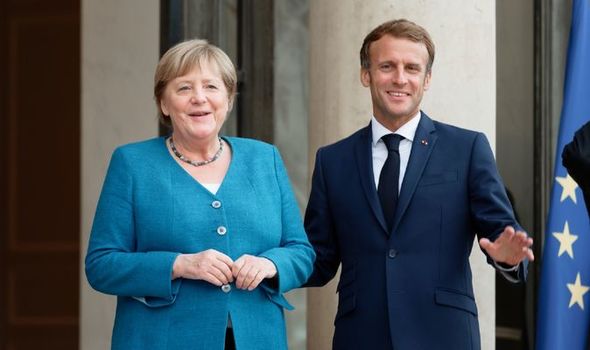 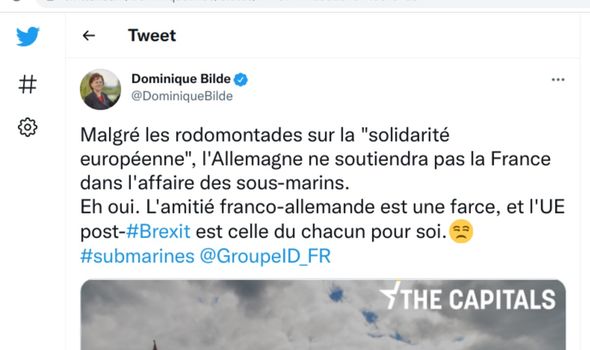 Further fuel was added to the strained relationship when Germany and Australia announced a joint aerospace defence deal.

The Austro-German Memorandum of Understanding was seen as a further blow to France.

In a tweet explaining the deal, the German General stated in German: “We want to deepen our dialogue on space security.

“To this end, Admiral David L. Johnston [Australian Deputy Chief of Staff] and I signed today, in Berlin, a letter of intent for the Military Space Partnership.”

The German Secretary of State for Foreign Affairs, Michael Roth said in a statement following the accord: “A common position of the EU is essential. We cannot always count on the others,” claiming at the same time that he sympathized with the French disappointment.” 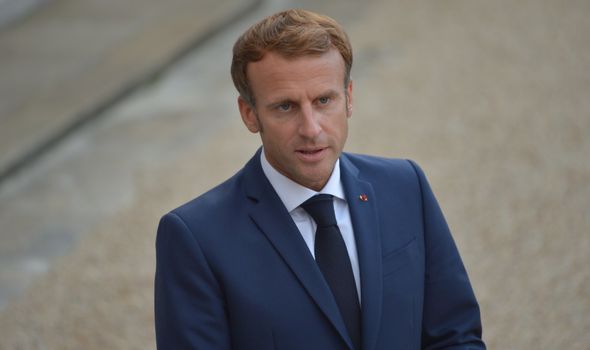 Following the AUKUS deal, opinion in France over the affair began to flair.

Mr Gallois urged on Twitter: “Get out of the EU and NATO and Frexit”.

With the European more divided than ever on a political and military scale, the same can be said on a socio-economic level. 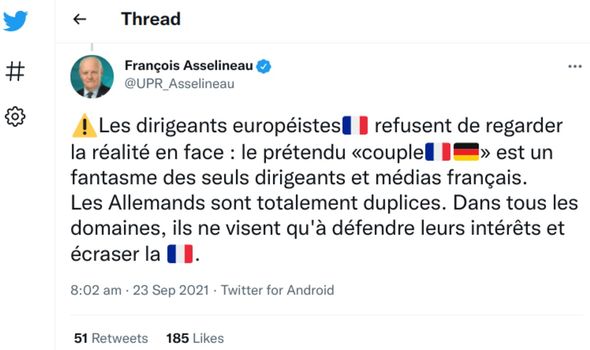 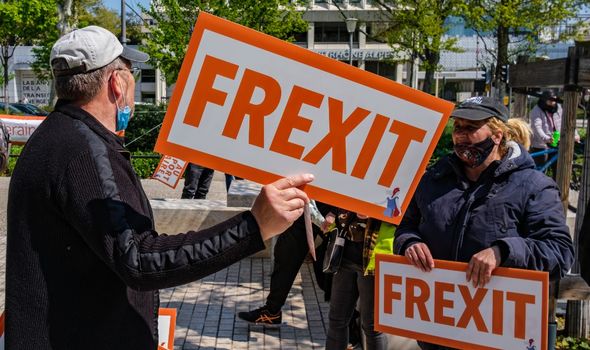