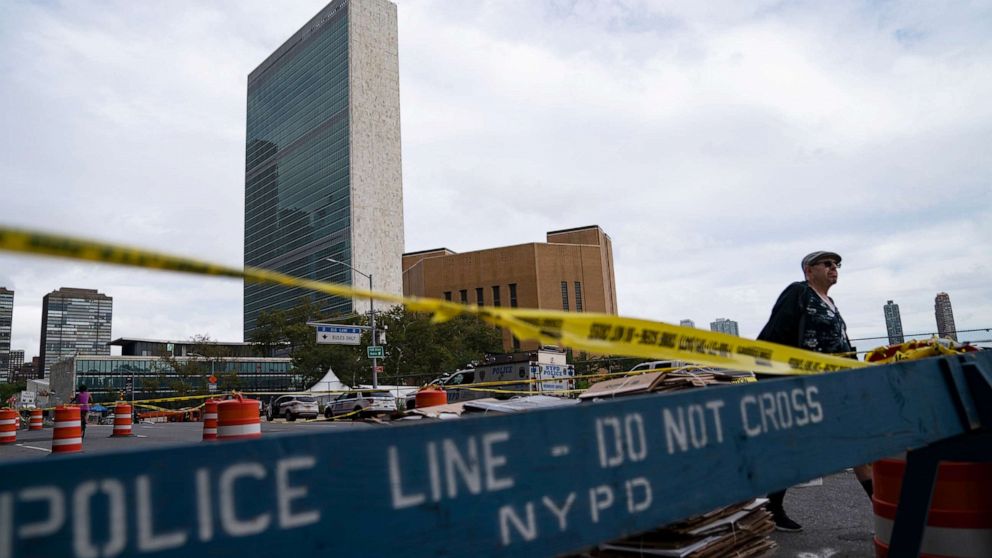 As the 76th General Assembly of the United Nations went underway in New York City beginning Sept. 14, authorities arrested Enrique Figueroa on Sunday for allegedly posting threats on social media against Luis Abinader, the president of the Dominican Republic, according to a court document.

The charges state that Figueroa “intentionally transmitted in interstate and foreign commerce a communication containing a threat to kidnap and injure” Abinader, according to the criminal complaint filed in federal court.

When questioned, Figueroa denied intent to harm Abinader, according to the complaint.

His arrest resulted from a joint effort by the U.S. Secret Service, the FBI and the New York Police Department, according to the document. That collaboration between the agencies is part of the protocol for maintaining security at the United Nations General Assembly where this year, up to 190 world leaders gathered in Manhattan for the 13-day event.

Threats at the UNGA can be politically-motivated, personnel-related, terroristic or cyber.

Since the UNGA is a designated National Special Security Event, or, an NSSE, and one of the largest annual security events in the world, the U.S. Secret Service is in charge of overall security management. The agency collaborates with other federal, state and local agencies to identify, mitigate or eliminate any threats at the UN’s event.

As the lead agency, the Secret Service has to plan, coordinate and ultimately implement security operations for NSSEs.

For the UNGA, the Secret Service forms an executive steering committee that consists of senior representatives from other federal, state and local entities including the NYPD and the local office of homeland security and emergency management.

The executive steering committee gives final approval over a list of security and operational plans. Although the UNGA happens annually, that planning process is re-examined, revamped and updated every year.

The highest levels of government, including the directors of the Secret Service, FBI and secretary of homeland security are briefed on every facet involved in the UNGA’s security planning. Some security measures include increasing police presence; having SWAT teams on standby; as well as deploying dogs and other bomb-related resources. Even the water is covered — there is marine security staged near the UN.

Each agency, in turn, conducts its own threat analysis of existing threats and how to manage them.

The Department of Homeland Security also provides a threat assessment of the event and the potential impact on the surrounding area. This assessment, conducted by the DHS Cybersecurity and Infrastructure Security Agency (CISA), is provided to the other agencies to help them develop a full-threat assessment picture of the event.

The FBI typically co-leads security, intelligence and threat management. Through the FBI’s New York Joint Terrorism Task Force (JTTF) and Joint Intelligence Operations Center (JIOC), threats are vetted and responses are coordinated. The JTTF is made up of over 50 federal, state and local partners. Those partners include: the Secret Service, which protects the president and visiting foreign heads of state; the Diplomatic Security Service which protects visiting minister-level officials including the U.S. secretary of state; the U.S. Marshals; domestic and foreign intelligence agencies; and the NYPD.

Any threat can potentially impact the security of the United Nations building such as the 2016 bombings in New York City’s Chelsea neighborhood during that year’s UNGA. That incident was an example of an existing threat that put all agencies involved with the UNGA on high alert.

Planning for an NSSE like the UNGA often takes over a year. During that time the nation’s front-line defenders work diligently to ensure that all risks are minimized and plans coordinated. This framework allows the planners to ensure that if something does happen, the response will be swift and strong.

Donald J. Mihalek is an ABC News contributor, retired senior Secret Service agent and regional field training instructor who served during two presidential transitions and multiple NSSEs. He was also a police officer and in the U.S. Coast Guard..

Richard Frankel is an ABC News contributor and retired FBI special agent who was the special agent in charge of the FBI’s Newark Division and prior to that, the FBI’s NY Joint Terrorism TASK force. He is currently the vice president of investigation for T&M Protection Resources.