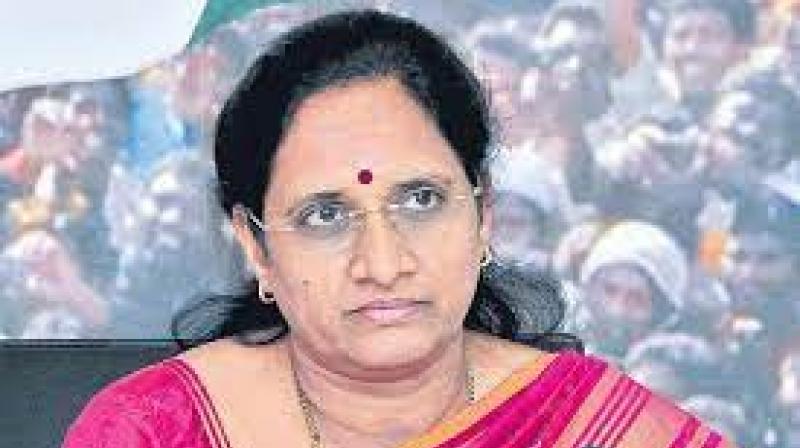 NELLORE: AP Women's Commission chairperson Vasireddy Padma said that they have been taking steps to ensure appropriate punishment to Moddu Penchalaiah, who failed to stop his wife Kondamma from committing suicide in Atmakur Tuesday night.

After visiting the residence of Kondamma in JR Peta on Thursday, Padma promised the family that the state government would take care of the two children who had lost their mother. She interacted with the children and asked other resources persons working in MEPMA in Atmakur town on the reasons for the suicide.

Addressing the media later, she said everyone is moved by the heart-rending incident but her husband failed to respond while she was taking the extreme step. Appealing to women not to end their lives because of harassment by men, she said suicide was not a solution for problems.

She said the commission would support women and measures would be taken to prevent a repeat of such incidents in the state.

She contacted Nellore collector KVN Chakradhar Babu over the phone and explained the plight of the two children and sought support from the district administration.

She alleged that people like Telugu Desam leader Nara Lokesh have burnt Disha Bill copies and have been encouraging criminal elements like Penchalaiah.