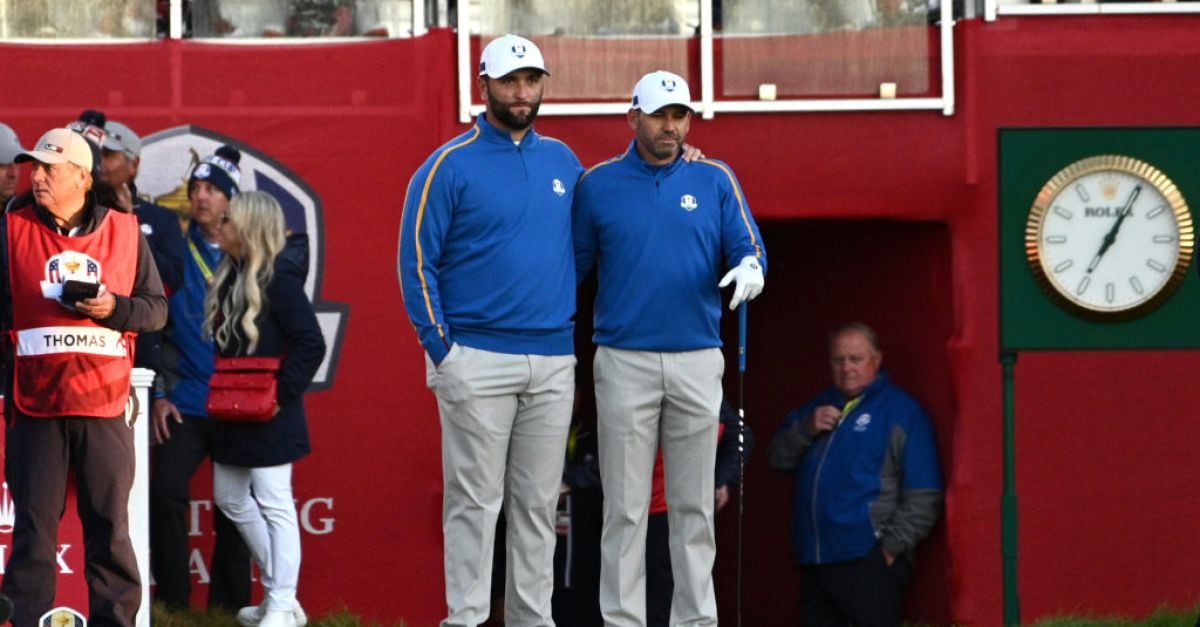 Europe recovered from a shaky start to get back on level terms with the United States early on the opening day of the Ryder Cup at Whistling Straits.

With all four foursome groups out on the course the visitors were up in the first two games and down in the last two.

Europe’s Spanish pair of Sergio Garcia and Jon Rahm played some sketchy golf in their first two holes against Justin Thomas and Jordan Spieth to be one down.

But they responded superbly with back-to-back birdies, with Garcia holing from 15 feet before his partner sank a monster from off the front of the green at the next.

Paul Casey and rookie Viktor Hovland put the second blue number on the board as they bounced back from losing the first hole to Dustin Johnson and Collin Morikawa to win the third and the fourth to go ahead.

Europe’s other big-name pair of Rory McIlroy and Ian Poulter, out in the last group, lost the opening hole to a Patrick Cantlay birdie putt while Lee Westwood and Matt Fitzpatrick were two down after three.

The eagerly-anticipated 43rd Ryder Cup got under way in front of a raucous crowd at Whistling Straits on Friday.

Players from the American team were greeted by huge cheers from the partisan home fans with visiting Europeans booed at the Wisconsin course.

Supporters had packed into the grandstand behind the first tee from before dawn ahead of the 7.05am start local time.