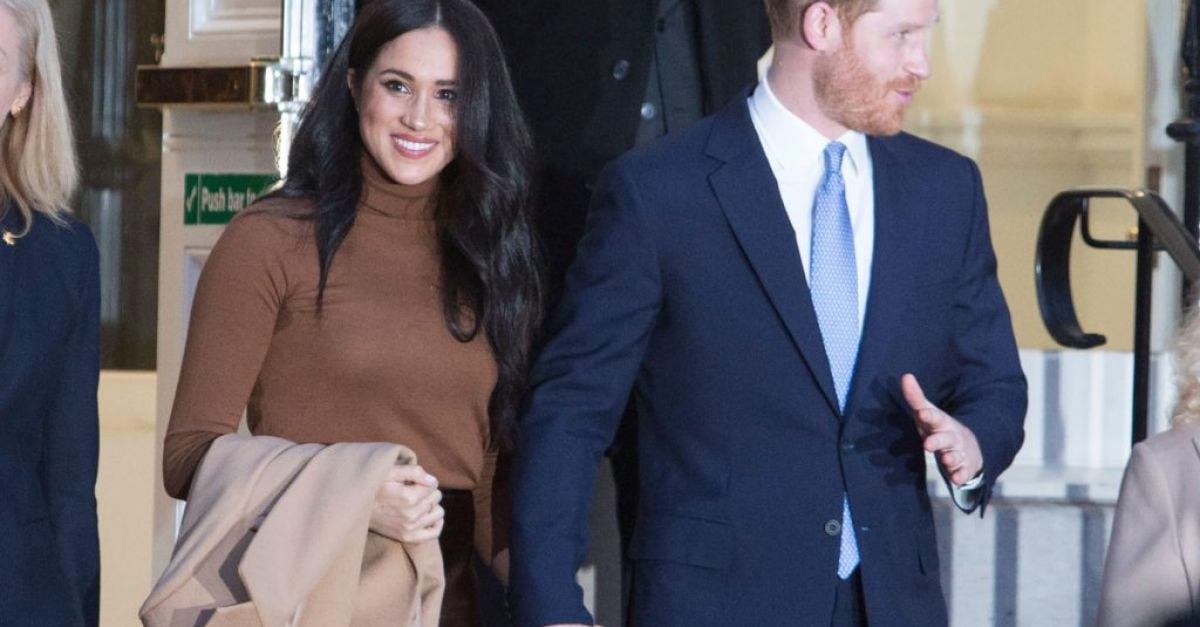 The Carlyle, a Rosewood Hotel, has been a magnet for celebrities and royalty since it first opened its doors in 1930.

Most recently, it was the go-to for Met Gala attendees – the most exclusive fashion event of the year – so perhaps it’s only natural that Britain’s Duke and Duchess of Sussex were spotted there during their three-day visit to the Big Apple.

The visit is the couple’s first public appearance together since the birth of their daughter Lilibet in June, and their first major public trip post-Megxit.

Prince Harry & Meghan, The Duke & Duchess of Sussex, paid their respects at the Memorial & Museum this morning. @alicegreenwald, President & CEO, and @PattiHarris, @BloombergDotOrg CEO, joined as they laid a wreath at the Survivor Tree & toured the museum. pic.twitter.com/rHoLdQW9Mg

As well as visiting the city’s One World Trade Centre, to pay their respects 20 years on from the September 11th attacks, they took in the sights and sounds of other famous skylines – and, as reported in the Daily Mail, were spotted in the swanky bar of The Carlyle hotel more than once.

We take a peek inside…

The tinkle of the piano echoes throughout the lobby and masterpiece murals by Ludwig Bemelmans frame the walls in the legendary Bemelmans Bar. Famous for its martinis (and Jackie Kennedy’s signature champagne cocktail), there’s live music nightly from 5.30pm to 8.30pm.

Pure perfection for a well deserved pick-me-up after a day’s shopping on Madison Avenue, home to flagship stores such as Alexander McQueen, Dolce & Gabbana and Hermès.

Harry, the Duke of Sussex, was photographed having drinks with friends in one of the bar’s seating booths two nights in a row – once with Meghan and once without – during their Big Apple visit.

Channelling the old school glamour of the sultan’s dining room at the Topkapi Palace in Turkey, The Gallery is divided into two tiers and was designed by legendary decorator Renzo Mongiardino – the Italian interior designer was nominated for two Academy Awards and created the sets for Zeffirelli’s film The Taming of the Shrew. With plush banquettes made from antique kilims, and red-fringed velvet chairs, there couldn’t be a cosier, more exclusive corner for afternoon tea.

Coming soon… Dowling’s at the Carlyle

When it re-opens, newly appointed executive chef Sylvain Delpique (formerly of 21 Club) will oversee the Carlyle’s restaurant, renamed Dowling’s in honour of New York businessman Robert Whittle Dowling who purchased the Carlyle in 1948 and transformed it into the most fashionable hotel in Manhattan.  With a menu filled with New York favourites and American classics from another era, expect throwbacks to the 1930s such as steak Diane, with its rich cognac-shallot-and-butter sauce, theatrically prepared tableside. We’re in.

As the saying goes, it’s all in the detail. Along with elegant residences to call your own, the hotel’s spacious suites are the pinnacle of polished elegance. We can imagine Harry and Meghan feeling very much at home within these sumptuous room settings magnificently decorated by award-winning legendary designers such as Tony Chi and Thierry Despont. A class act.