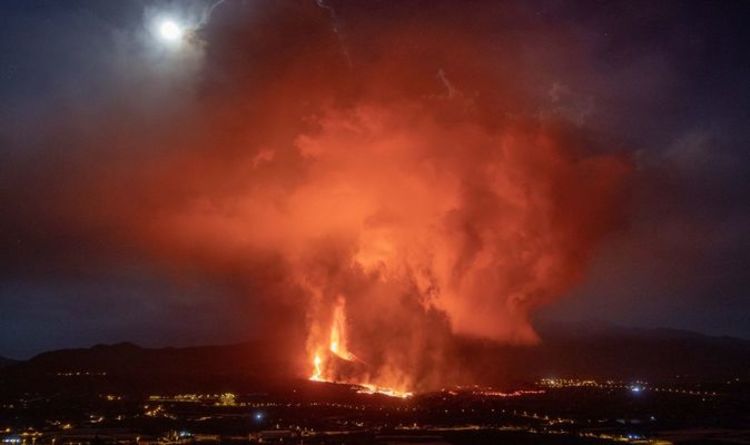 The new emission vent opened just to the west of the main vent, according to the Canary Islands Volcanology Institute. Shocking images captured by drones overlooking the volcano from the National Geographical and Mining Institute show the volcano’s cone had broken. ​Spanish airport operator Aena confirmed the island’s airport had been subsequently closed.

It tweeted: “La Palma airport is inoperative due to ash accumulation. Cleaning tasks have started, but the situation may change at any time.”

The departures hall was almost deserted with a number of people arriving at the airport being told they would not be able to fly out.

Long queues formed at La Palma’s main port as people who had seen their flights cancelled attempted to flee the island by ferry. 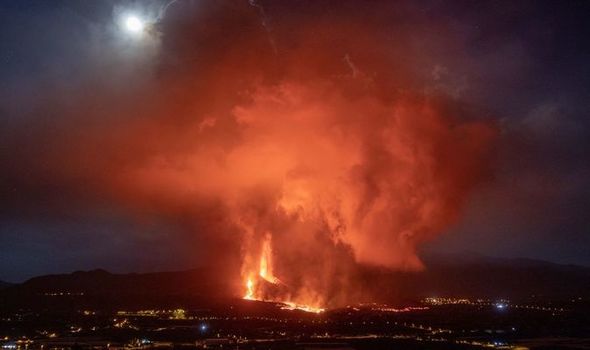 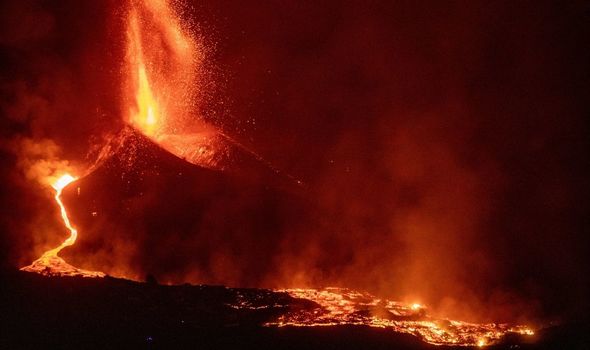 Carlos Garcia, 47, said: “I am going to Barcelona. But because we can’t fly we are taking the ferry to Los Cristianos (on Tenerife island) and from there we will go to the airport and fly to Barcelona.”

Director of volcano response committee Pevolca, Miguel Angel Morcuende, told a news conference on Saturday: “It is not unusual in this type of eruption that the cone of the volcano fractures.

“A crater is formed that does not support its own weight and the cone breaks. 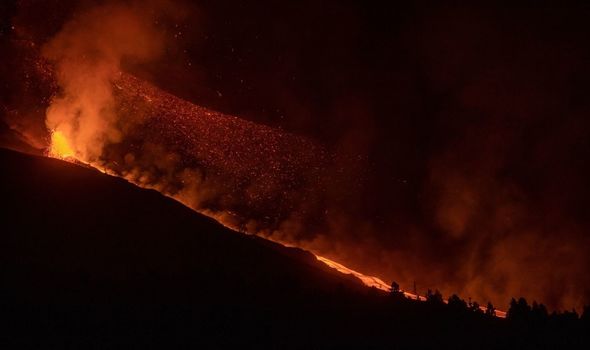 He added the evacuations currently underway are being maintained for a further 24 hours as a precaution.

Fishermen have described the horrific impact the eruption has had on their livelihoods.

Speaking at the port of Tazacorte, 49-year-old Jose Nicolas San Luis Perez, who lost his house in the eruption, said: WWe haven’t been out fishing in a week, the area is closed.

“About half the people I know have lost their homes. I run into friends on the street and we start crying.” 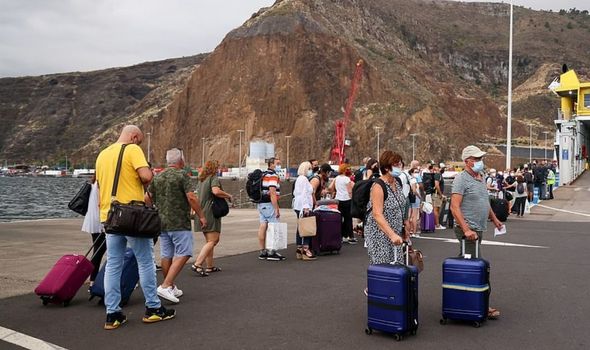 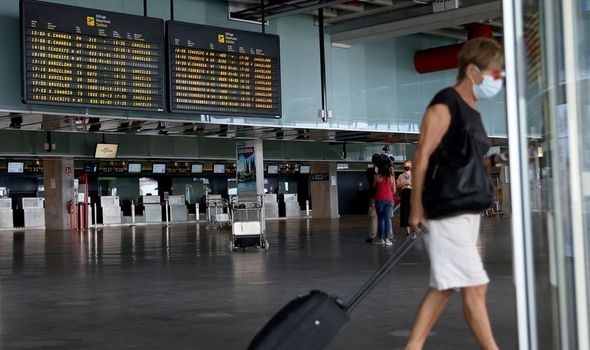 Since it began erupting last Sunday, the volcano has spewed out thousands of tons of lave, destroying hundreds of homes and triggering the evacuation of some 6,000 people.

Local authorities warned those evacuated from three further towns on Friday cannot return to their homes to retrieve their belongings.

This is because of the “evolution of the volcanic emergency”.

Emergency services said: “Volcanic surveillance measurements carried out since the beginning of the eruption recorded the highest-energy activity so far during Friday afternoon.”