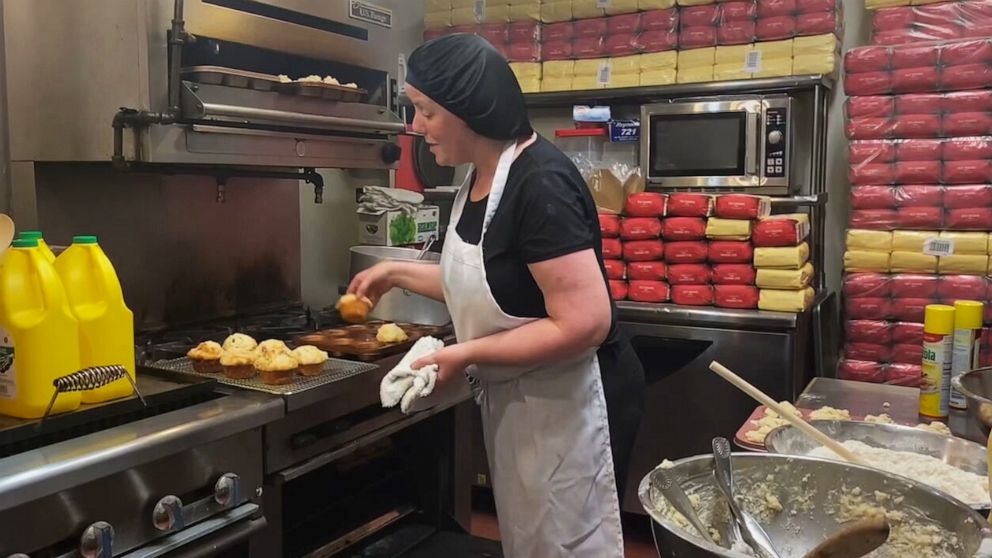 This report is a part of “America Strong,” an ABC News series highlighting stories of strength and resiliency across the nation.v

When the pandemic shut down everything, Mary O’Halloran, the owner of “Mary O’s” Irish pub in New York City, made it her mission to do what she could: make delicious meals for front-line workers.

A mother of six, O’Halloran managed to make 30 meals a night and still take care of her family while her husband, who works in Alaska as a longshoreman, was kept away due to COVID-19 travel restrictions.

As shutdowns persisted, she became worried about how she could support her family.

She began making soda bread scones with homemade blackberry jam, each packed alongside a handwritten letter from her 8-year-old daughter.

Last month, O’Halloran and her story were featured on the popular Instagram Humans of New York. Since then, her photo has received over 200,000 likes.

“You can’t talk to this woman without smiling. She’s all heart. I can guarantee you she’s crying tears of joy right at this moment. It wasn’t just the bar we were trying to save. It was the entire community that calls Mary O’s their home,” said Humans of New York founder Brandon Stanton.

O’Halloran told “World News Tonight” that she is grateful for her community.

“A huge, huge, huge thank you,” she said. “” never ever, ever could have imagined that there would be 20,000 pounds of flour laid around in the restaurant.”