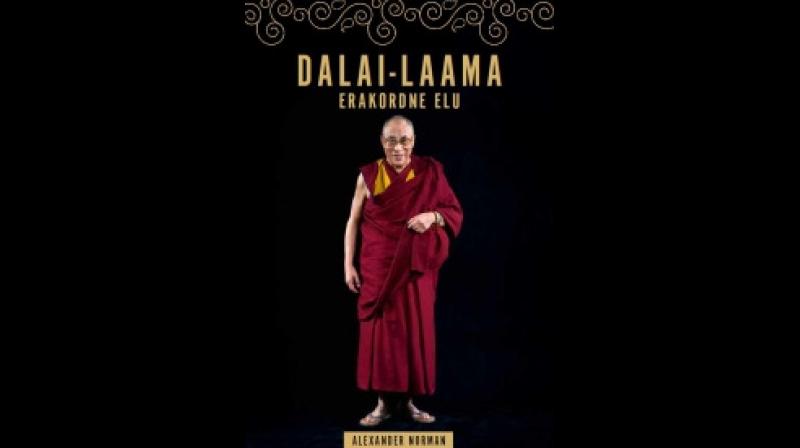 When barbarians invade another country one of their first aims is to destroy its culture, history and religious institutions. For, these are the pillars upon which the identity of a race, people or society rests. Thus, when the Turkic hordes flying the banner of Islam cut through medieval India, one of their first acts was the systematic destruction of universities such as Nalanda, and the slaughter of shaven head Brahmins. Similarly, when the Chinese invaded Tibet in the 1950s, their target was the ancient monasteries of the forbidden land and the helpless Buddhist monks who for centuries had upheld the Dharma.

The Dalai Lama is the central figure in this epochal tragedy and the story of his remarkable life is also the story of his country. Author Alexander Norman’s book traces the tragic sequence of events that marked his protagonist’s life, including the wrenching separation from his parents, his lonely life training as a monk and the future spiritual-cum-temporal ruler of Tibet, and finally his long and continuing exile in India.

The world might see the Dalai Lama as the eternally smiling superstar but as author Norman’s book suggests the road to stardom has not only been long and difficult but also not something aspired to. The stardom is more of an unintended consequence of the Dalai Lama’s real objective: to spread the Dharma as widely across the world as possible. For, the foremost aim of Tibetan Buddhist spiritual masters is to help all sentient beings in their spiritual progress and well-being.

The fame and respect the Dalai Lama today evokes is perhaps the result of his unceasing stress on the importance of compassion in our lives and relations. The essential compassionate nature of his teachings is what seems to have awed the world and secured him a huge body of permanent admirers across the world.

Yet, compassion is something the Dalai Lama could have done with more in his own life. The author recounts how the Dalai Lama, born Lhamo Thondup in Taktser in northeastern Tibet, was given up by his parents when they were told that he was the reincarnation of the Dalai Lama. At that time, the Dalai Lama was a mere infant and the separation was painful.

The Tibetans till then had continued to believe that their relations with China was governed by a 1821 treaty that stated both “Tibet and China shall keep the country and frontiers of which they are now in possession… [and] from either side of that frontier there shall be no warfare, no hostile invasions, and no seizure of territory…Tibetans shall be happy in Tibet and Chinese shall be happy in China.” But Mao thought this was nonsense and invaded Tibet in 1949.

The Dalai Lama did not immediately leave Tibet and kept hoping that some sort of modus vivendi could be worked out with Mao. In 1954, the Dalai Lama accepted Mao’s invitation to visit Beijing. An agreement regarding the future administration of Tibet was signed. The Dalai Lama had wanted to believe Mao when he said that religion had nothing to fear from Communism. Now he saw that the Chinese leader was “the destroyer of the Dharma after all”.

This became more than evident during the events that followed. The Chinese consolidated their military hold over Tibet and destroyed every opposition. Monasteries too were not spared. The Dalai Lama when he visited the famous Reting Monastery associated with the legendary Indian saint, Dipankar Atisha Srijnana, found it largely in ruins. “Atisha’s reliquary stupa had been robbed of its gilding and precious stones, there were bullet holes in many of the statues and piles of rubble lay all around.” The description evokes images of the Taliban desecration of the Bamiyan Buddhas.

The Dalai Lama finally left Tibet in 1959, saying a final prayer, then “slipping his glasses into his pocket, he stepped into the chill night air. He eventually made his way across Tibet and crossed into India”.

With that began a totally fresh phase of his life. India was freedom in exile, but at the same time the beginning of a new struggle. Alexander Norman’s marvellous book takes us through the long and incredible journey right to the present day.

Looking back, the author points out that the Dalai Lama’s life has ultimately been of vast achievement: “When he was followed into exile by eighty thousand destitute refugees, one might have hoped, at best, for their rapid absorption into Indian society while the Dalai Lama himself went on to establish one or more small Buddhist centres either in India or elsewhere. For him to have presided over the establishment of a widely successful, broadly cohesive diaspora that numbers now perhaps a quarter of a million individuals scattered across the world, and besides to have won for Buddhism in the Tibetan tradition a following numbering in the millions worldwide, is quite astonishing and certainly without parallel in the modern world.”

Adele releases new single Easy On Me: Why do we love sad music so much?