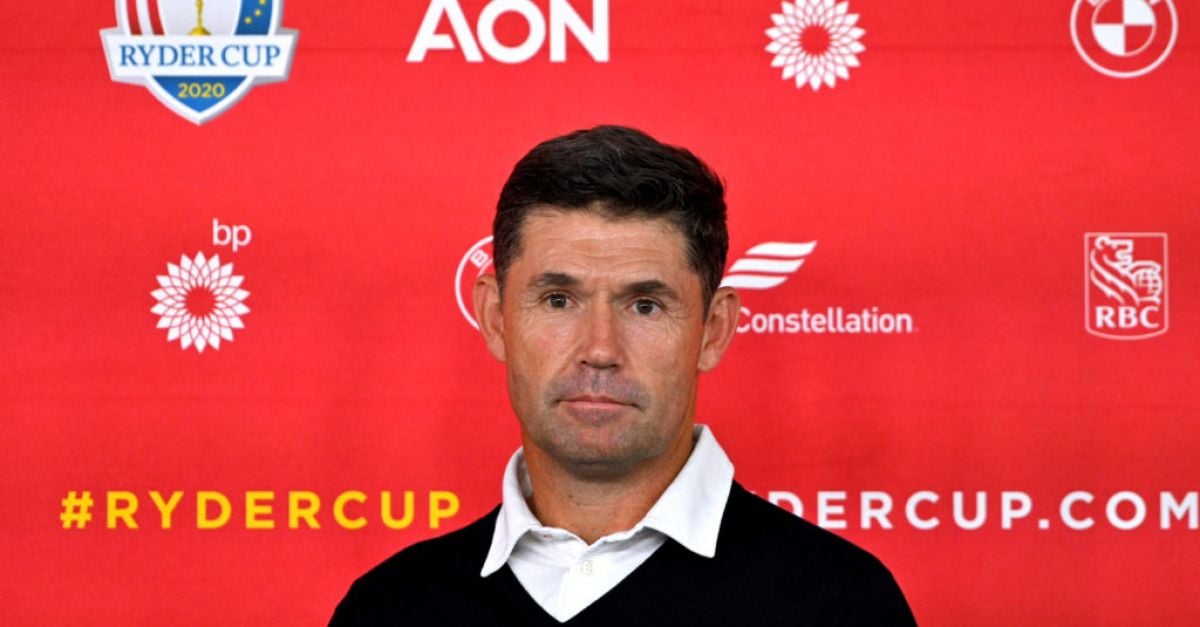 Europe captain Padraig Harrington defended his decision to leave Rory McIlroy on the sidelines for the first time in his Ryder Cup career as his side attempted to overturn a four-point deficit at Whistling Straits.

McIlroy had played 26 straight matches since making his debut at Celtic Manor in 2010, but lost twice on the opening day – alongside Ian Poulter and Shane Lowry – without even reaching the 16th hole.

It was therefore no real surprise to see the four-time major winner left out of the Saturday foursomes, with Jon Rahm and Sergio Garcia sent out first again following their victory on Friday.

The Spanish pair were drawn to face Daniel Berger and Brooks Koepka, with Paul Casey and Tyrrell Hatton up against Dustin Johnson and Collin Morikawa and rookies Viktor Hovland and Bernd Wiesberger taking on Justin Thomas and Jordan Spieth in match three.

Lee Westwood and Matt Fitzpatrick, who lost their foursomes match on Friday, were up against Patrick Cantlay and Xander Schauffele in match four.

“Rory, we need him for the singles,” Harrington told Sky Sports. “Pushing him out this morning, making him play five times, would be an awful lot. Clearly you’re going to see him this afternoon.

US captain Steve Stricker insisted he was taking nothing for granted after the opening day, saying: “It’s a great start. We are very happy with the start. But my message to the guys is Saturday is a new day.

“Let’s just go out and try to win that first session again in the morning and pretend Friday never happened. Let’s keep our foot down and continue to play the golf that we know we can play.

“We’ve had some things that came up and bit us in the rear in other Ryder Cups, so these guys know that and they are focused on coming out strong again.”