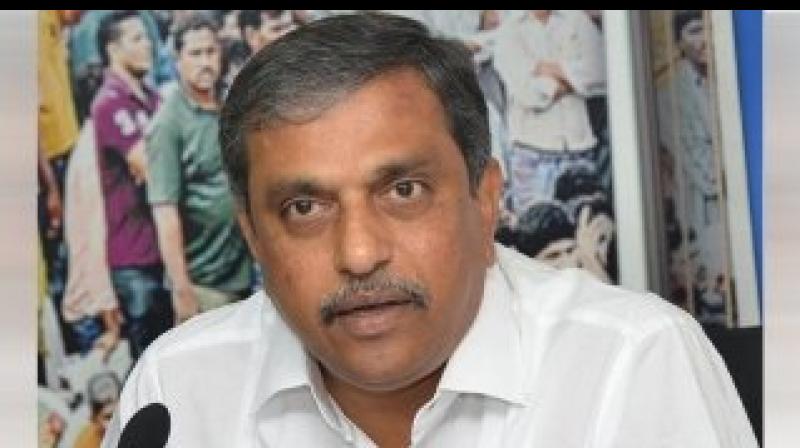 VIJAYAWADA: Adviser to government on public affairs Sajjala Ramakrishna Reddy said on Friday that the parishad poll results have increased the responsibility of the government as these results signified the people’s approval of Chief Minister Y.S. Jagan Mohan Reddy’s welfare and development-centric rule.

He said the YSR Congress had won over 98 per cent of the seats, a record in the election history of the nation.

Addressing the media at the YSRC central office here on Friday, Ramakrishna Reddy said the chairpersons of ZPPs and MPPs would be selected in a way that priority is given to the weaker sections so as to ensure social justice. “Everyone will be given equal opportunity while filling the MPP and chairperson posts,” he said.

The adviser said the process of selection of president and vice-president for mandal parishads would end by Saturday. “The competition for leadership was natural when it was a massive victory, but the party leaders are well-disciplined like their leader and there wouldn’t be any clashes," he said.

He said an experienced political leader like TD president Chandrababu Naidu had degraded himself by making such allegations and the state BJP leaders who didn’t have even one per cent vote share in the parishad polls are also trying to corner the government over petty issues instead of getting the Centre to help the state with funds and projects. .

Recalling the local body elections, he said that the people ignored the false allegations made by TD leaders and put their faith in the Chief Minister.

Reddy said TD had won only three MPTCs in Kuppam, as even the Kuppam voters did not trust Naidu. The TD chief should introspect on his failures and learn lessons from them rather than indulging in mud-slinging at the government via raising false allegations, he said.

Referring to some articles published by a section of media on the state’s funds issues, Ramakrishna Reddy said the previous TD government had also diverted funds for different purposes. Any government would do that based on the set priorities. In 2018-19, the TD government had diverted  Rs 5,800 crore from Civil Supplies Corporation, Rs 940 crore from Drinking Water Corporation, Rs 1,200 crore from Irrigation Corporation and withdrew Rs 5,000 crore on a single day from RBI to credit Rs 8,390 crore for Pasupu Kumkuma, just before the elections, he said.

The adviser said, however, the current government spent “every single rupee with complete transparency without any corruption, unlike the previous government.”