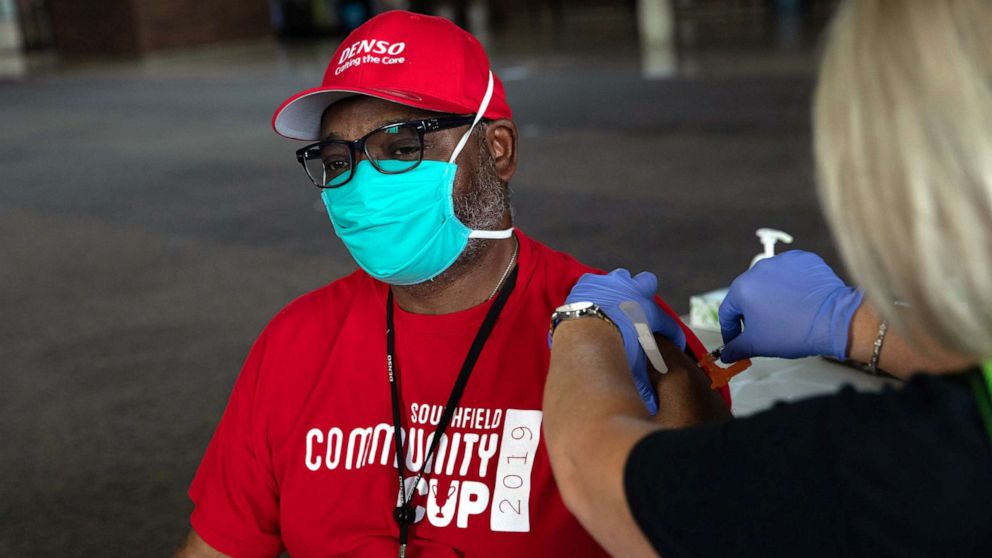 An advisory panel for the Food and Drug Administration weighed in on a debate Friday that has been boiling since the Biden administration announced last month that the country would begin to roll out booster shots against COVID-19.

This panel, which is independent of the FDA and the Biden administration, decided boosters should be approved for people over 65, people with health conditions that put them at higher risk for serious illness from the virus and people who work on the frontlines, like health care workers or teachers.

That was the first step of the process to getting additional shots to Americans, but it only applies to Pfizer, the first of the pharmaceutical companies to submit data.

Next, the FDA must formally amend their current vaccine approval for Pfizer, and the Centers for Disease Control and Prevention — which has its own advisory committee — will then review the data and fine-tune the recommendation for who gets a booster and when.

But the back-and-forth leading up to this process, and the president’s involvement in an otherwise non-political decision, has left many Americans confused. Here’s what we know.

Do I need a booster shot, and if so, when?

After reviewing the data and finding that the vaccines still hold up well against severe illness, an FDA panel on Friday recommended third shots of Pfizer only for the most vulnerable Americans and decided against recommending them for the whole population.

“The approval was for people 65 years of age or older, and a considerable number of people who are 18 to 64 who have underlying conditions that put them at a higher risk for severe disease, and people from 18 to 64 who are in institutional or occupational situations that would put them at an increased risk to exposure and infection,” Dr. Anthony Fauci said, chief medical advisor to the White House, said on ABC’s “This Week” Sunday.

Fauci also said as more data comes in, the panel could decide to recommend more people for booster shots. But for now, the panel decided to limit the scope because it decided there wasn’t enough data on additional shots for young people.

“We need safety data for younger populations and we need to really know what the benefit is,” Dr. Jeremy Faust, an emergency physician at Brigham and Women’s Hospital and an instructor at Harvard Medical School, said Friday in an interview with ABC News correspondent Whit Johnson.

“So far we’ve got some reasonable data for older people, but I really think that there are too many questions on the younger populations,” Faust added.

But the panel also emphasized that for now, the data still shows that Americans are well protected if they’re vaccinated.

And while breakthrough infections happen, particularly as protection against mild infection wanes, the vaccines continue to protect Americans from ending up in the hospital with COVID. The latest CDC data shows that 90% of hospitalized patients with COVID are people who are unvaccinated.

At Friday’s FDA briefing, a CDC official said vaccine effectiveness against hospitalization in adults age 75 and older — a group that has consistently had slightly less protection from the vaccines — still remained high, at about 88% through July.

“At the end of the day, the purpose of the vaccines is to prevent hospitalizations and deaths, and they’re doing that very effectively still,” Dr. Carlos Del Rio, executive associate dean of Emory University School of Medicine, said in an interview with ABC News. “Maybe a little less effective for people over the age of 60 or with comorbidities, but still, if you look around the hospitals, the people hospitalized today are people who haven’t received the vaccine.”

Additional vaccine doses, although not quite a booster, have already been approved by the CDC for the roughly 7 million immunocompromised Americans who didn’t have an optimal response to the first round of mRNA vaccines. Nearly 2 million Americans have gotten an additional shot since the FDA and CDC approved them in August for that subset of people.

The CDC officially recommended a third dose of an mRNA vaccine for immunocompromised Americans in August, allowing the approximately 7 million Americans who didn’t get an optimal immune response to their initial vaccine doses of Pfizer or Moderna to gain more protection.

There’s been a lot of debate as the process plays out. What’s the controversy?

When the Biden administration announced that it would roll out a booster shot program beginning Sept. 20, the White House’s COVID response team said it was to get ahead of the virus.

“You don’t want to find yourself behind, playing catch up,” Fauci said when announcing the plan. “Better stay ahead of it than chasing after it.”

The White House has relied heavily on Israel’s data, which has showed that vaccine protection against serious disease has now begun to wane. Israel began its vaccination process sooner than the U.S., but there are also differences in the two countries, a CDC official said at the FDA meeting on Friday. Israel almost exclusively used Pfizer and vaccinated most people around the same time, while in the US, there are three different vaccines and people were vaccinated in a rolling fashion, meaning there is a much wider diversity of immunity.

That was one reason why career scientists pushed back on the White House’s announcement, saying there wasn’t enough U.S. data to support boosters yet — since all the current evidence shows vaccines still protect most Americans against serious disease.

For experts in that camp, the focus usually narrows in on the 80 million Americans who aren’t vaccinated at all. Increasing protection across more of the country would stamp out transmission.

Del Rio noted, though, that the scientific process would eventually play itself out and deliver a solid, well-debated answer. Though it’s not usually as public of a process, it is normal, he said.

“People are seeing how the sausage is made,” he said.

And that’s what happened on Friday, though there is still a few more steps to go: Doctors and public health experts reviewed the data and made a call, which will now head to the next scientific committee for review.

Dr. Celine Gounder, an infectious disease specialist at Bellevue Hospital Center and former adviser to the Biden administration, told ABC News that while the public debate over the next course of action on boosters had the potential to alarm people, people should rest assured that the vaccines are the best way out of the pandemic.

“I think any time there is confusion, there is debate about the science, that can add to vaccine hesitancy because it plants a seed in people’s mind that maybe we aren’t sure,” Gounder said. “What I can say is that we are very sure that these vaccines are safe and highly effective. And if you have not yet been vaccinated, now is the time to get vaccinated.”

The FDA and CDC committees are looking at Pfizer booster shots. What’s the deal with boosters for people who got J&J or Moderna?

Both Johnson & Johnson and Moderna are expected to follow Pfizer and run their data by the official FDA and CDC channels in the coming weeks in an effort to get approval for booster shots.

But both companies maintain protection is still strong against severe infection.

Moderna, in an analysis of various studies released on Wednesday, even made the case that the company’s original vaccine appears to generate the strongest protection among the three currently authorized vaccines.

Nevertheless, Moderna President Stephen Hoge told ABC News in an interview on Wednesday that “protection is not permanent” and “we’re not going to be able to defy gravity forever.”

Unlike Pfizer, Moderna’s third shot would be a half-dose. They say their data shows that boosting with a half-shot seems to generate more than enough immune response.

For J&J, the one-shot series about 14 million Americans received, a study found that the vaccine still provided a durable immune response at least eight months later, even without a booster dose.

And while it will be a few weeks before there’s more concrete news on the J&J booster shots, there’s room in the timeline. Most Americans didn’t receive the J&J vaccine until late spring of 2020, since it was approved after the mRNA vaccines. That means the J&J boosters won’t be widely necessary until November at the earliest — if the FDA and CDC decide they’re needed at all.

There is not enough data yet on mixing and matching vaccines, though the CDC is actively researching it.

And for all three of the vaccines, recipients have a common question: will I need to get a booster routinely? Experts, wary of predicting anything about the unpredictable global pandemic, said it’s possible, but unlikely.

“My prediction is that as long as the COVID rates are going down, we will not need a continuous boost,” said Dr. Paul Goepfert, director of the Alabama Vaccine Research Clinic at the University of Alabama. That could change, however, if a new viral strain requires a newly tailored vaccine.

Pfizer, the only vaccine so far to have its data reviewed by the FDA, found no safety concerns among the 300 trial participants who were part of its clinical trial. Pfizer followed the participants for up to three months after getting their third shot.

Peoples’ reactions to the booster shots were not significantly different from their reactions to a second dose, FDA and Pfizer both wrote in their separate briefing documents.

“No deaths, vaccine-related serious adverse events, or events of myocarditis, pericarditis, anaphylaxis, appendicitis, or Bell’s palsy were reported among study participants who received the … booster dose,” the FDA wrote in a review of Pfizer’s safety data.

Moderna and J&J have not yet had their data reviewed by the FDA, but have said they found no safety concerns in their clinical trials of booster shots.