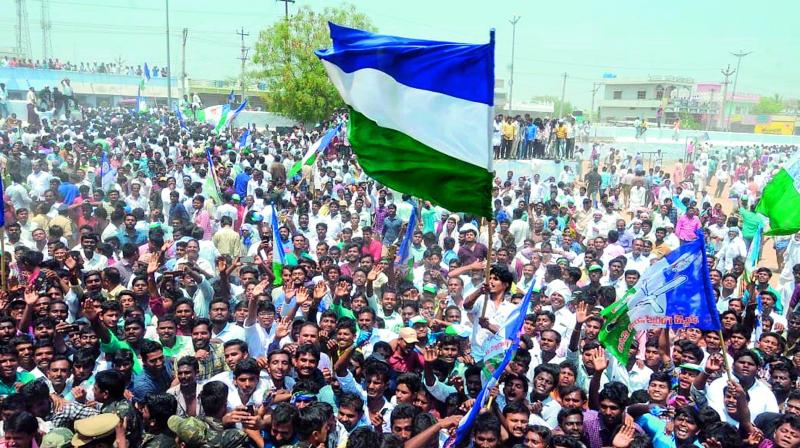 VIJAYAWADA: The ruling YSR Congress Party grabbed all 13 ZP chairmen/chairperson posts in the state and this is the first-of-its-kind that all ZPs were won by a single political party. Kattera Heni Christina was elected as Guntur ZP chairperson and Uppalla Harika as Krishna ZP chairperson. The ruling party grabbed the rest of ZP posts in the state in the elections which were held on Saturday.

In Anantapur, B. Girajamma was elected as ZP chairperson, Govindappa Srinivasulu in Chittoor, V. Venugopala Rao in East Godavari, K Srinivas in West Godavari, Venkata Subba Reddy in Kurnool, A. Arunamma in Nellore, B. Venkayamma in Prakasam, A. Amarnath Reddy in Kadapa, J. Subhadra in Visakhapatnam, M. Srinivas Rao in Vizianagaram and P. Vijaya in Srikakulam districtwere elected as ZP chairpersons.

The ZP chairpersons and deputy chairperson were elected at a programme in ZP hall in Machilipatnam in Krishna district on Saturday. U. Harika from Gudlavalleru was elected as the ZP chairperson while G. Krishnam Raju from Nuzvid and G. Sridevi from Ibramhimpatnam were elected and deputy chairpersons. District collector J. Nivas was the presiding officer and Muralidhar Reddy was the observer during the election process in Krishna district. Similarly, vice chairman elections were held in the rest of 12 districts which were bagged by the YSRCP.

A tribal woman Subhadra was elected ZPTC from Munchingput. In Nellore district, Anam Arunamma is the wife of Anam Vijayakumar Reddy, former Chairman of Nellore District Central Cooperative Bank, and she is the first woman from Anam family to enter into politics. In Kadapa, former Rajampet legislator Amarnath Reddy, who was loyal to the family of former Chief Minister late Y.S. Rajasekhara Reddy, has been elected as the chairman of Kadapa Zilla Parishad.

The ruling party leaders and their supporters celebrated the winning spree of the YSRCP in the ZPP and MPP elections by distributing sweets and congratulating winners. They further carried out rallies in several areas in which ministers, MLAs, MPs and other leaders participated.