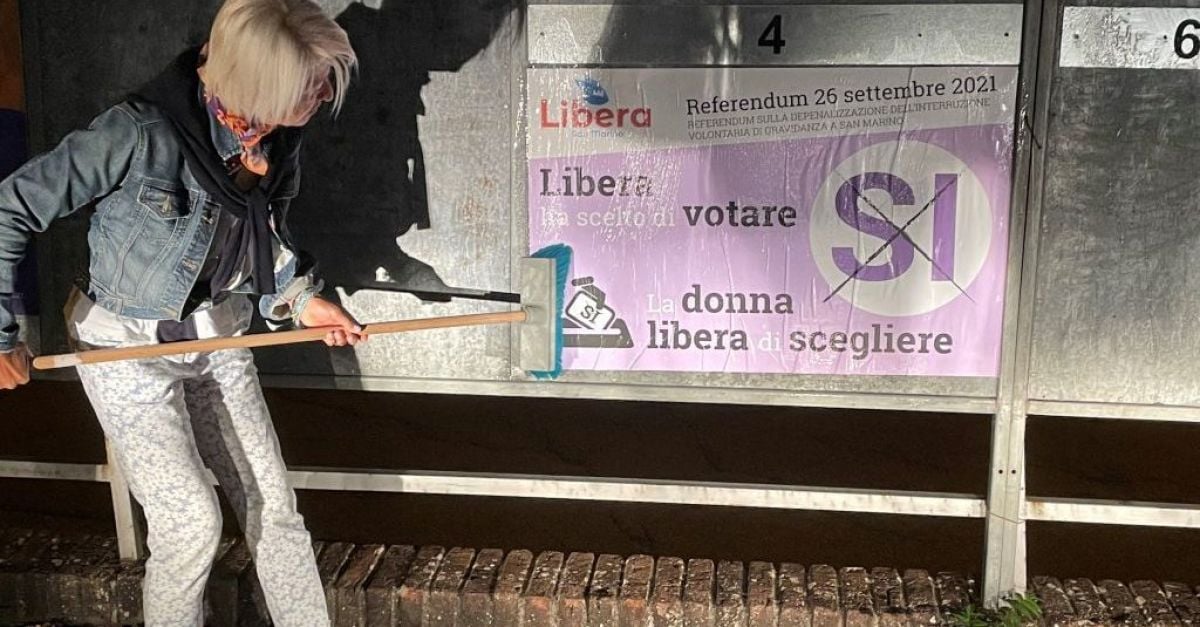 The tiny republic of San Marino has voted overwhelmingly in favour of legalising abortion in a referendum, overturning a law dating back to 1865, official results showed on Sunday.

Some 77.30% of voters backed the proposal to allow abortion up to 12 weeks of pregnancy and afterward only in the case of the mother’s life being in danger or of grave malformation of the foetus.

The turnout was low, with just 41% of eligible voters casting a ballot.

The vote in the northern Italian enclave of 33,000 people comes as authorities in countries like Poland and the US state of Texas have tightened abortion laws. Earlier this month, Mexico’s Supreme Court ruled that penalising abortion is unconstitutional.

Up to now in San Marino, women who ended their pregnancies risked three years’ imprisonment. The term is twice as long for anyone who carries out an abortion.

San Marino women wanting an abortion normally went to Italy, where they could only get one privately, at a cost of about 1,500 euros.

Elsewhere in Europe, the Mediterranean island of Malta, and the micro-states of Andorra and Vatican City, another Italian enclave, still ban abortion.

In Europe’s last referendum on abortion, the British Overseas Territory of Gibraltar voted in June to ease what remain extremely strict curbs. Ireland legalised abortion in a far higher-profile referendum in 2018.

Social progress has tended to be slow in San Marino.

Women did not get the right to vote until 1960, 14 years after surrounding Italy, and have only been allowed to hold political office since 1974. Divorce was legalised in 1986, some 16 years after Italy. — Reuters