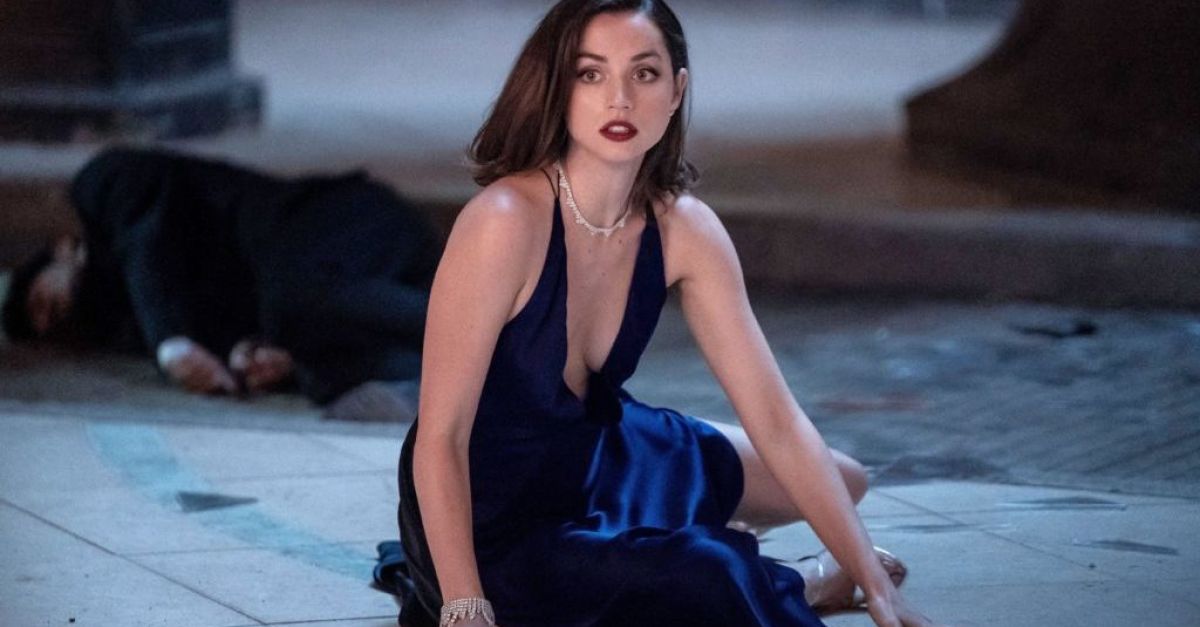 After multiple delays, the latest James Bond film No Time To Die is finally here.

Daniel Craig will appear as 007 for the fifth and final time, with other cast members including Rami Malek, Lea Seydoux and Lashana Lynch.

The wait is over. The final international trailer for #NoTimeToDie. In cinemas from September 30. pic.twitter.com/ld26viOcD6

Cuban actor Ana de Armas will be No Time To Die’s new Bond girl — the trailer shows her wielding machine guns in a floor-length evening gown.

This is the 25th Bond film, so de Armas is joining the ranks of some extremely fashionable Bond girls. These are some of the most stylish women to appear in Bond — while not always the main love interest, they still made an indelible impact…

Dr No is largely set in Jamaica, where Ursula Andress’ character is a shell diver. Her most iconic outfit was an ivory bikini with a belt buckle designed by Tessa Prendergast.

Sold by Christie’s in 2001, the auction house reports Andress as saying: “This bikini made me into a success”.

Although there’s stiff competition, Pussy Galore — played by Honor Blackman in 1964’s Goldfinger — takes the prize for silliest Bond girl name. In the film, Pussy Galore’s wardrobe is all about sleek tailoring — from the gold waistcoat she wore as a pilot, to her white pantsuit and purple suede trousers.

We’re introduced to Domino in the 1965 film Thunderball, where she is the villain’s mistress before taking Bond’s side. Throughout the film she tends to wear only black or white as a nod to her name — including a very risqué swimsuit with sheer panels.

Grace Jones as May Day

May Day may not technically be a Bond girl — she’s the chief offsider and lover of the villain played by Christopher Walken in A View To A Kill, but she makes evil look extremely good. Legendary designer Azzedine Alaïa helped create many of her costumes — from sharp tailoring to red hooded dresses.

Ursula Andress isn’t the only Bond girl to have an iconic bikini moment: who can forget Halle Berry walking out of the water in an orange two-piece? With the white belt and knife attached, the bikini is a nod to Andress’ original style, and cemented Berry’s reputation as one of the most memorable Bond girls.

Eva Green was the first Bond girl of the Daniel Craig era, making waves in a purple Roberto Cavalli dress with a jewelled neckline.

Naomie Harris doesn’t count as a Bond girl — she plays Miss Moneypenny, although she does still have a romantic relationship with Craig’s 007. While working a desk job at MI6, Moneypenny gives a masterclass in chic officewear — however her crowning moment comes in Skyfall, when she wears a yellow silk Amanda Wakeley gown.