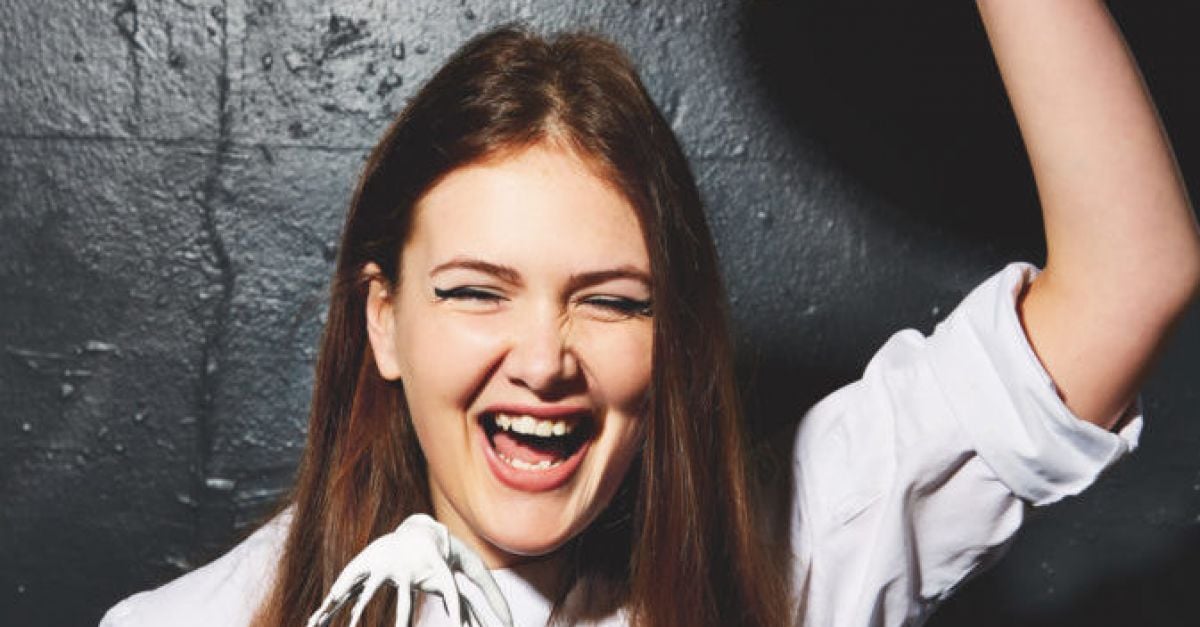 Poppy O’Toole knows all the kitchen hacks. Whether it’s how to slice a plant’s worth of cherry tomatoes in half simultaneously (this involves a Tupperware lid and a steady hand) or how to peel garlic bulbs without getting garlicky hands. “I’m obsessed with garlic,” she practically shrieks down the phone. “I’ll eat like three bulbs of garlic a week.”

You can understand why she’s so excited to explain that if you put lots of garlic cloves in a jar and shake it vigorously for a minute or two, the cloves will miraculously be denuded of their papery skins. It’s like magic, and you can hear the awe and joy of it in her voice.

It’s this sense of happy astonishment – that something could be so easy, so satisfying, so swiftly delicious – that makes O’Toole’s debut cookbook, Poppy Cooks (packed with even more hacks), so infectious and come-at-able.

Were it not for the pandemic though, things likely wouldn’t have turned out they way they have for the Londoner. O’Toole (27) has worked in restaurant kitchens since she was 18, but lost her job when Covid kicked in and restaurants locked down.

She applied for work at Iceland, but that didn’t come off. What did though were the videos she began posting on TikTok @poppycooks.

Her page is both a clever, witty recipe vault – from her go-to tomato sauce to her perfect roast chicken – and an unapologetic ode to the humble potato.

O’Toole is ‘Queen of Potatoes’ and a potato TikTok acolyte – mashed, roasted, crispy, golden, buttery, any which way, she loves them. “They’ve been everything for me,” she says, quite seriously. “I find them very versatile. They can go in nearly everything. They go with nearly everything.” They are, in fact, a cheap meal in a skin.

Now, a “crazy” 18 months and 1.8 million followers on, her potato related antics and all-encompassing enthusiasm for home cooking has landed her that cookbook. One designed to have you making classics (steak and chips, lasagne) and basic staples (white sauce, vinaigrette) as well as dishes that pop with fun (prawn tacos, potato bhaji butty).

Poppy Cooks, she hopes, is more an uplifting learning tool than just a recipe book, that will “build confidence” and teach you simple skills you can use in multiple ways. “People get embarrassed a little bit to ask these questions, because they should know how to chop an onion apparently,” she says, “but you don’t, no one really always knows this sort of thing.” Be embarrassed no more, she seems to say.

O’Toole’s interest in food can be traced to her Nanny Vicky, “the heart of the family” who died when O’Toole was around 10. She recalls with a laugh the “cremated” lamb chops they’d all eat and enjoy for Sunday lunch, and the “massive impact” her grandmother had on her.

“It was like having a hug every time she cooked for me,” says O’Toole. “She just showed me that food is love. And you can really show somebody how much you care about them through making them a meal.” And if you cook without that care, she says, “you can taste there’s nothing there.”

A lack of care is not something you could ever level at O’Toole. As a teenager, her after-school job – and first job in hospitality – involved jumping in the car to “bomb it down to the nursing home” for 4.30pm.

She’d sit with residents “and just to be able to help them and maybe make their day a little bit better by talking to them and giving them their corned beef hash and a cup of tea, was really lovely,” she remembers. “It taught me, again, that food is more than just energy and a need. It’s actually something people really appreciate and love.”

The practical side of things, like learning how to clean down and sterilise a kitchen thoroughly, “well that was handy as well.”

It’s experience that stood her well in the kitchens of Michelin-starred restaurants, but she’s hoping to crack the perfect “facade” around fine dining. “I want to show people that actually, even if you are a bit clumsy in the kitchen, you can still have a career out of it, and you can still enjoy it,” she explains. “I’m not a perfect chef. Even though I’m professional, I’m not polished.”

Holding yourself to exceptional culinary standards at home though is not what cooking for yourself and your family is about. “You can make food that’s a little bit grubby round the sides, who cares? It’s your own food. It’s delicious, you’re still making something at the end of the day, don’t be scared to make mistakes because you think it needs to be perfect. You don’t need that. Who cares? Just eat and enjoy yourself.”

O’Toole has personally found that the cliché fits: you really do learn from your mistakes. “You make a mistake, you don’t want to make it again, especially in a professional kitchen,” she says – not if you want to avoid being yelled at. Does she miss restaurant life? “Part of me does. It’s weird, because you go, ‘Oh, but I was working 78 hours a week’, why would you miss it?”

On the macho, shouty chef front, O’Toole does think change is happening, if slowly. “There’s been a vicious cycle of the people who are doing it, they were treated that way. And it’s quite difficult to break, but it’s getting there, and we will break it and there will be a change. And hopefully, the toxicity will leave. Because otherwise I don’t think the hospitality industry will thrive as much as it should.”

And ultimately, O’Toole wants everyone to be thriving, cooking and eating well. “You can do it. You need to be proud of yourself. Take a picture [of what you’ve cooked], show it off to your friends. Make it for somebody else if you want to,” she says, full of encouragement. “From a year of quite negative stuff, it’s quite nice to have some positivity coming through,” she says, and adds gleefully that there should be no food guilt whatsoever. “Please put the butter in, please.”

Poppy Cooks: The Food You Need by Poppy O’Toole, photography by Louise Hagger, is published by Bloomsbury. Available now.