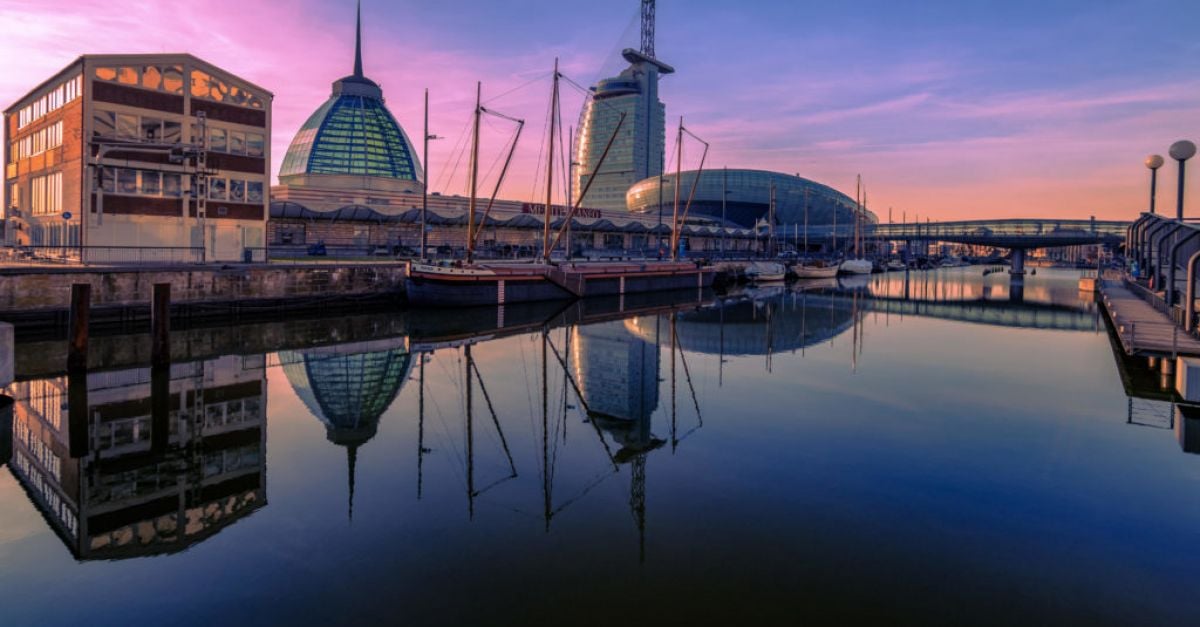 Climate change has increasingly become one of the biggest topics of concern for leaders worldwide, but Germany is among the few countries making strides to ensure that sustainability is simply par for the course.

Hamburg, Bremen and Bremerhaven are all on the path to becoming sustainable cities, with cycling paths in abundance and public transport links that are some of the best in the world. There couldn’t be better options for environmentally-friendly urban breaks.

My trip begins with a two-hour carpool ride in an electric Mercedes-Benz EQV from Hamburg airport to Bremerhaven, a small but fun-filled sustainable city, located next to the river Elba.

Bremerhaven is home to the Atlantic Hotel Sail City, a fully ‘green hotel’ that prides itself on lowering its carbon footprint through rigorous food waste rules, where all food wastage is weighed daily to allow the hotel to continually monitor and limit losses.

The 120-room hotel also has a cluster of beehives on its roof, home to 240,000 bees, and honey collected is used in the hotel.

Right next door to the hotel is the Klimahaus Bremerhaven 8° Ost (climate house), an interactive museum that brings visitors on a journey through the world along the eighth longitude, experiencing each country’s climate zones up close, from freezing Antarctica to humid Cameroon.

The Klimahaus also has a huge variety of animals native to each climate, from snakes and insects to electric eels, which can be seen up close throughout a guided tour.

After a short transfer by tram to Bremen, we visit a Gemüsewerft, an urban gardening project and beer garden located on an old truck parking lot surrounded by building projects.

The true uniqueness of this social non-profit company is its staff. The garden employs people with mental illnesses as well as mental and emotional disabilities to work alongside their own staff base, and gives them key customer facing roles within the business.

Some have been here for 15 years and others simply stay for a few months, before going to other social care facilities.

The company sees themselves as more of a ‘flagship’ store for food education, as they are too small to provide food for the whole community.

They do, however, supply some local restaurants with fresh produce — including Canova Bremen, a high-end restaurant located in the city centre that operates on the key principles of being regional, sustainable, seasonal and fair to the environment.

Bremen has more cycle paths than most other German towns, and the city borders are made up of green parks with a variety of cycle paths, rather than a physical wall.

A 40-minute train ride brings us to Hamburg, one of the top 10 world’s greenest cities, according to their official tourism website, and winner of a US Green City of the Year design award 2021.

The city of 1.8 million people is jam-packed with things to do, from guided historical walking tours, to hanging out in bars and restaurants on every corner.

What makes Hamburg unique is its ‘city coast’; the huge river Elba runs through it and there are even some mini sandy beaches dotted around.

Within Hamburg is the HafenCity, the largest urban development project in Europe located in the former harbour district. A huge attraction is the Elbphilharmonie, a magnificent concert hall expertly designed so that the sound resonates exactly the same, regardless of where you are sitting.

We spend our final two nights in Hamburg at the Raphael Hotel Wälderhaus, another sustainability-focused enterprise.

Made entirely of solid wood, The Wälderhaus building contains both the Raphael Hotel Wälderhaus and the Science Centre Wald, a small museum dedicated to the topic of wood and climate change.

The museum is accessible via the hotel lobby and has various interactive aspects that allow people to explore the ecological system whilst learning about climate.

In the centre of Hamburg, there are options for a sustainable boat tour on the Alster lake, including a one-hour tour on the Solarschiff Alstersonne, a fully solar-powered ship in use since 2000.

Germany is one of the leading European countries for sustainability, and in Bremen, Bremerhaven and Hamburg, you can be sure of a fun, busy and green trip.