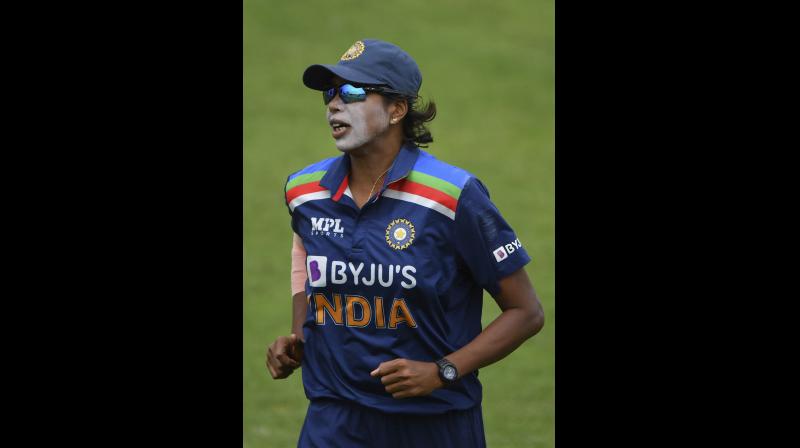 Like other families of the Indian women’s team, Jhulan Goswami’s parents and sister Jhumpa were tense during the third 50-over match against Australia on Sunday.

“In the previous ODI, we lost the plot off the final ball of my sister’s bowling,” says Jhumpa Goswami, the sister of India’s fastest woman bowler from Kolkata. “My parents and I were worried whether this time, India would be able to make history on Australian soil.”

Going back over the events of the day, Jhumpa says, “After Sneh Rana was dismissed, we had three balls and two wickets in hand. My sister was at the crease and in form too. Yes, she is a bowling all-rounder but can bat when it comes to the crunch.”

And indeed, she came through. India won the match in the last over and broke the winning streak of the Australian Women’s team, ranked World Number 1, which had a record 26 consecutive victories to its credit, since March 12, 2018.

The previous game was filled with drama too — India thought they had won it off the last ball (from Jhulan Goswami), only for the delivery to be ruled a no-ball.

“The second ODI was really a disappointment. I can understand what my sister would have been feeling, after being so close to a win. The final match too had a nail-biting finish, but luck was in our favour this time,” Jhumpa says.

“We are proud that our team could reach this milestone. It was truly a matter of pride for all of us,” Jhumpa sums up.

The 38-year-old Jhulan Goswami is set to retire after the Test match beginning later this week in Australia.

The speedster had to struggle in her initial days as a cricketer, as her parents, Nishith and Jharfna, wanted her to focus on studies instead of sports. She had to travel 80 km by local train to undergo training in Kolkata.