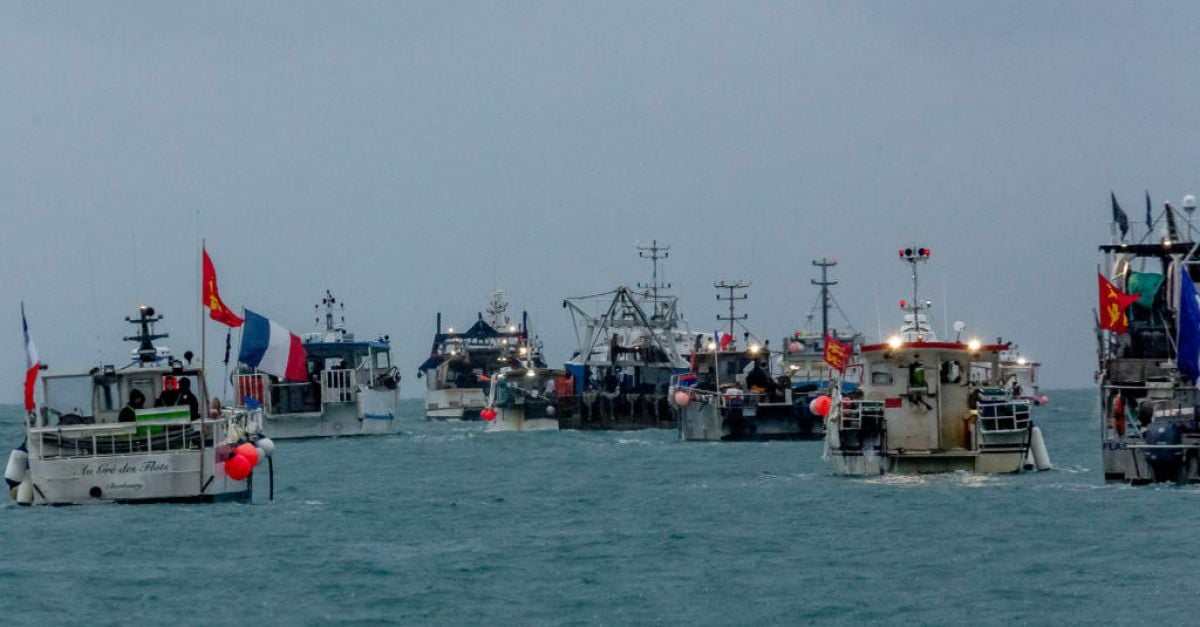 Tensions with France over post-Brexit fishing rights threatened to escalate after Jersey said it has turned down licence applications from 75 French boats to operate in its waters.

The government in Paris reacted with fury on Tuesday when the UK said it was issuing licences to just 12 of the 47 small French boats which applied to fish in its territorial waters.

The angry exchanges came just months after the French threatened to cut off power supplies to Jersey — which gets 95% of its electricity from France — while dozens of French boats surrounded the island’s main port, St Helier.

In a statement on Wednesday, the government of Jersey said that of the 170 French boats which applied for licences, 64 have been granted.

A further 31 are being issued with temporary licences to allow them more time to show they have a track record of fishing in Jersey waters in line with the UK’s post-Brexit trade deal with the EU.

Those boats which were not granted a licence were being given 30 days notice that the existing transitional arrangements were ending, after which they would no longer be allowed access to the island’s waters.

External relations minister Ian Gorst said they have taken “a pragmatic, reasonable and evidence-based approach”, extending the transitional arrangements on a number of occasions even though they were not required to do so under Trade and Co-operation Agreement (TCA).

“We’re now in a position to ensure those boats which have fished these waters are able to continue doing so, and therefore it is time, next month, for our transitional arrangements to come to a close,” he said.

“We will continue to have an open door to further data and evidence of fishing activity, including for vessels which have already been considered, and we look forward to working collaboratively to resolve the remaining complex issues.”

On Tuesday, the UK government said that it would also consider any further evidence supplied to support the remaining French licence applications.

However, France’s minister for the sea Annick Girardin immediately accused the British of backtracking on their obligations.

“It is a new refusal of the British to apply the conditions of the Brexit accord despite all the work undertaken together,” she was quoted as saying by Le Monde.

“I have only one watchword; to obtain definitive licences for our fishermen as the accord foresees.

“French fishing must not be taken hostage by the British for political ends.”