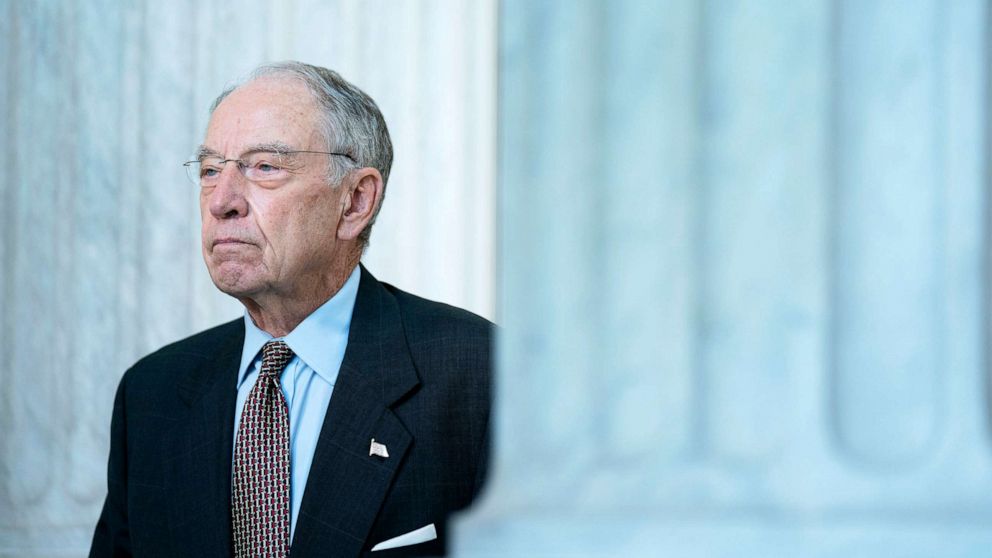 Iowa’s senior Republican senator, Chuck Grassley, announced in an early morning tweet Friday that, at age 88, he will seek reelection in 2022.

Grassley, who will be 89 by Election Day next year, is proud of his physical fitness, and not-so-subtly bragged about in a tweet announcing his run that showed him jogging before sunrise in Iowa.

“It’s 4 a.m. in Iowa so I’m running. I do that 6 days a week. Before I start the day I want you to know what Barbara and I have decided,” Grassley said the tweet. “I’m running for re-election—a lot more to do, for Iowa. We ask and will work for your support. Will you join us?”

The tweet included a clock turning to 4 a.m. and video of him jogging in the dark along a rural road.

Even getting close to 90, Grassley is currently only the second oldest member of the Senate, with California Democrat Dianne Feinstein besting him for the title by a matter of months.

His physique is a matter of legend on Capitol Hill.

He is frequently seen running or walking briskly through the Capitol hallways, and he’s known to challenge other senators to push-up contests. (He can do at least 21, perhaps more.)

But Grassley’s endurance can also be measured by his steady presence on Capitol Hill.

He began his career in Washington when he was elected to the House of Representatives in 1975. He’s been a member of the Senate since 1980, and currently holds the record for the 10th longest Senate tenure.

Grassley currently serves as the top Republican on the Senate Judiciary Committee. He led the committee for a portion of the Trump administration and aided in the confirmation of Supreme Court nominees and many federal judges that cemented conservative sway of the judiciary. He also served as chair of the Senate Finance Committee for the later half of President Donald Trump’s term.

With Republicans hoping to retake the now evenly-divided Senate in 2022, Grassley’s seat, as well as those of other Republican incumbents up for reelection, will be closely watched. Several long-serving Republican senators are retiring in 2022.

Following the announcement of his intent to run, the Iowa Republican Party threw its weight behind the senator.

“The road to a Republican majority runs right through Iowa. Defending this seat should be a top priority for every Iowan looking to stop Joe Biden’s chaotic agenda,” the party said in a statement. “Sen. Grassley’s never-quit attitude has propelled him to be one of the most effective senators in our state’s history. Grassley is a lifelong family farmer who understands the value of hard work, community, education, and family.”

Grassley’s most likely opponent is former Democratic Iowa Representative Abby Finkenauer, who was narrowly defeated in her 2020 reelection bid for the House.

Finkenauer slammed Grassley in a statement, alleging that the senator has lost touch with Iowa during his lengthy Senate tenure.

“After 47 years in Washington, D.C., Chuck Grassley has changed from an Iowa farmer to just another coastal elite,” Finkenauer alleged.

“Chuck is a ferocious advocate for the people of Iowa and the conservative cause,” GOP Sen. Lindsey Graham of South Carolina said in a tweet. “I have served with Chuck my entire time in the Senate. He is one of the most hardworking, enthusiastic senators I have ever met with a wealth of experience and knowledge.”