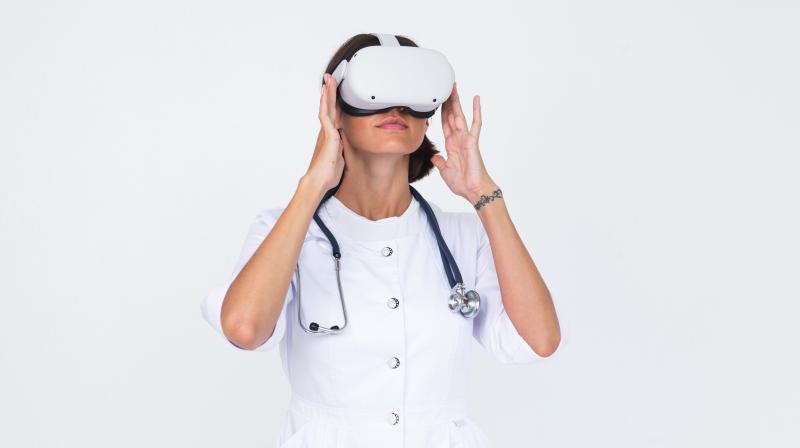 In a recent blog post titled, “Virtual Reality Gave Me My Brain Back”, celebrity entrepreneur Mark Cuban shared his vestibular experience of how virtual reality (VR) helped him get back to balance. Mark had been side-lined by vestibular disorder for months, suffering dizziness, brain fog and an unnerving feeling that something was wrong inside his head.

Welcome to a new wave of psychological research — VR content that’s primarily designed to aid exposure therapy. Exposure therapy is a treatment for anxiety disorders, exposing patients to anxiety-inducing stimuli in a safe, controlled environment. During VR therapy, one straps on a headset, sinks into the past, faces one’s fears albeit in a controlled manner and overcome the disorders in real life. It aims at making patients eventually learn that the “threats” they perceive are not actually very dangerous.

So many mental battles to fight

Post-traumatic stress disorders (PTSD), anxiety attacks and different phobias are battles many fight within themselves. The pandemic has even contributed to worsening these disorders in some. Fear, anger, worry, frustration, etc. keep many on the edge even as they desperately look for solutions to control their mind from going berserk.

VR therapy appears to shine a new ray of hope in ending these mental health issues or helping in controlling the mind from coming unmoored. Doctors across the globe are increasingly suggesting VR therapy to diagnose and treat medical conditions.

The technology, which immerses a patient in a 3D environment mimicking a traumatic memory or other mental health issues, is catching up in India as well and showing promising results.

VR: the next big thing for mental health

“Patients with anxiety and mental disorders perceive these computer-generated situations using special high-end goggles. It appears to be a potential diagnostic and therapeutic tool for treatment of Alzheimer’s disease (AD) and other dementias,” he says, adding that studies have shown that VR therapy to definitely benefit patients with dementia and help their care-givers and families to a significant extent. “Patients with dementia were found to have reduced aggression and interacted better with their caregivers when they were treated and exposed to VR therapy.”

Dr Jaydip adds that while VR in therapy is still nascent it has a potential in making a difference in the lives of patients with dementia. “Standardising the treatment algorithm and making this modality of treatment available in many more centres will make this therapeutic strategy play a bigger role in the future,” he adds.

Taking us through the intervention technique, Dr Nirali Bhatia, Cyber Psychologist & Psychotherapist, provides an example of a client who has a fear of height “What they normally do is to use an intervention technique, called guided imagery, in which clients are asked to visualise the scenario and stimulate that whole experience. They are then guided to work towards it while their bodily changes are closely watched.

“This process requires the client to be able to cognitively get into that trance. At every level, the client’s feelings are monitored,” Dr Nirali says, adding that VR’s easy and life-like simulation can be applied to every client irrespective of the barriers of language or cognitivity.

The doctor further describes the process. “VR therapy applies a stimulus environment where the client is slowly asked to move to the next floor. At every level, the client’s made to notice their feelings, regarding how they were feeling previously and whether they’re feeling better,” says the doctor. “At that point, if anxiety or palpitations show up in the client or their body movements, we immediately intervene and guide them on how to handle it. Then, we slowly move on to the next level. VR applications work with a controlled exposure, which eventually make clients well prepared to handle those scenarios in real life.”

What lies ahead in VR therapy

Doctors describe VR therapy as a “major breakthrough” in treating mental health disorders, calling it the next big thing in the medical field though it’s yet to fully enter the mainstream.

Experts, however, clarify that some clients would need several simulations ‘sittings’ to get better results. For some, each session could feel as if they were in a fantasy novel.

Dr Krishna Sahiti, consultant psychiatrist in Apollo Hospital, Jubilee Hills, says they use audio and visual aids to slowly increase the intensity of the stimulus in VR. “Physical symptoms and psychological reaction are assessed slowly. Clients who avoid and are fearful about the stimulus will experience the stimulus with the help of a psychiatrist and in a protected environment, which is hassle-free,” the doctor informs. “In further sessions the intensity of stimulus is slowly increased so that we can help the patient experience the stimulus without symptoms while helping them.”

“VR-simulated protocols are already being used in treatment of AD in some centres and insightful data have been generated. Creating virtual environments that remind AD patients about their childhood or early adult days (as we know that remote memories are relatively better, preserved in them), using photographs, music relevant to them, etc. may be magical in some patients.”