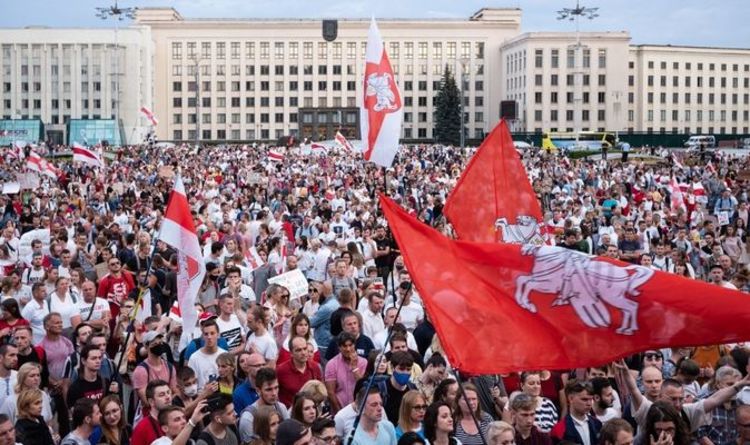 Zeltser was seen holding a hunting rifle as the officers broke into the home in Minsk.

The activist lived in the apartment with his wife, Maria Uspenskaya, and their nine-year-old son.

However, the child was thought to not be in the home during the incident.

The footage depicted a KGB agent on the ground and bleeding heavily. 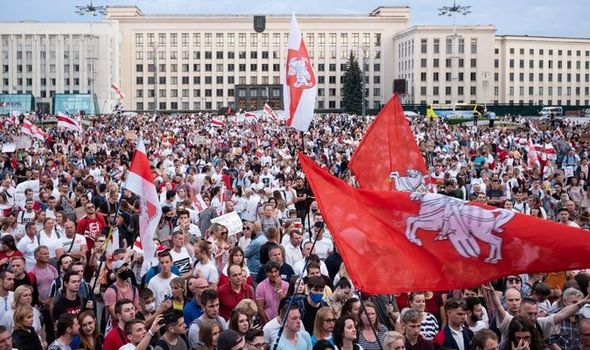 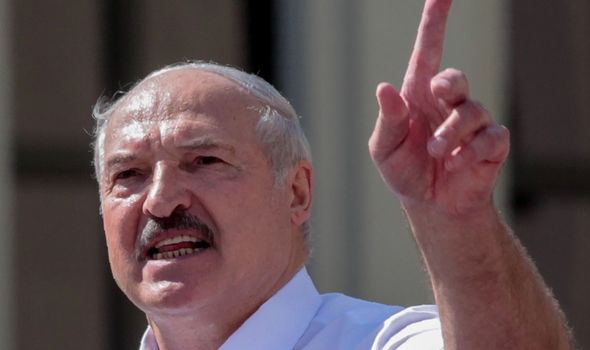 The agents shouted: “Man down! Pull him back!”

An investigation into the situation by Belarus stated that Zeltser had been “liquidated” during the gunfight.

The investigation also stated that the opposition supporter had shot first.

The KGB has branded him as a “terrorist” while Uspenskaya has been arrested and charged with being an accomplice to murder. 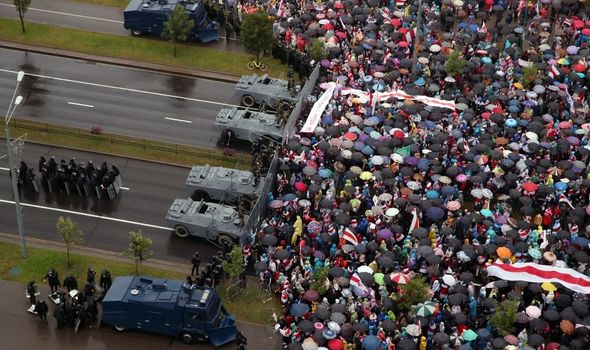 The death of the activist and KGB agent comes after the mass protests in the country in retaliation to President Lukashenko’s victory claim at the elections.

The protests were the largest anti-government demonstrations in the history of Belarus.

While President Lukashenko was declared the winner over the main opponent Sviatlana Tsikhanouskaya, the EU published a statement that rejected the legitimacy of the election and called for new elections one day later.

The EU also imposed sanctions against 40 Belarusian officials accused of political repression and vote-rigging, but Lukashenko was not on this list.

Julie Fisher, the US special envoy for Belarus, said that Zeltser’s death was “evidence of the regime’s disregard for human rights and its willingness to utilise extreme methods to threaten perceived political opponents”.