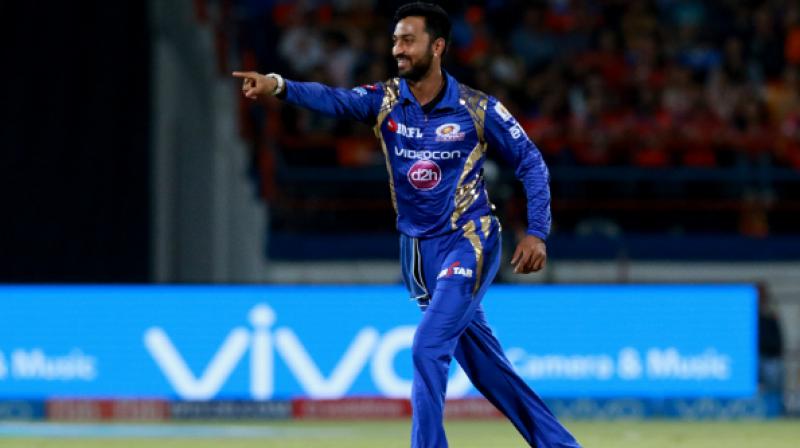 Mumbai: Despite his poor performance in the ongoing Indian Premier League (IPL), Krunal Pandya won the heart of his fans when he withdrew the appeal to run out K.L.Rahul, the captain of the Punjab Kings team.

In the 42nd IPL (night) match in Abu Dhabi on Tuesday, Krunal Pandya bowled a yorker to Chris Gayle, and the batsman's straight drive hit non-striker Rahul and ball then ricocheted to bowler Krunal Pandya who not only whipped off the bails and appealed.

Realising his act of appealing against the spirit, Pandya withdrew the appeal.

"It (withdrawing the appeal) was in good spirit of the game because Rahul would not have attempted a run. Mumbai Indians are not in great form this year and it is indeed a creditable gesture Krunal has shown on the field", Krunal Pandya's mentor and former India stumper and selector, Kiran More said.

Incidentally, it was Kiran More who spotted talent in both Pandya brothers (Krunal and Hardik).

Krunal’s family was based in Surat with his (late) father Himanshu Pandya running a successful car business. But having watched his 6-year-old son Krunal enjoy the game so much, he decided to shift base to Baroda since Surat had no good cricket opportunities back then. He joined the famous Kiran More Cricket Academy there.

"Krunal has always been a sportsman".

"Now the game of cricket is being watched by millions of people and his recent sportsman spirit will be a good lesson for the young boys who are dreaming to be the cricketers", More added.