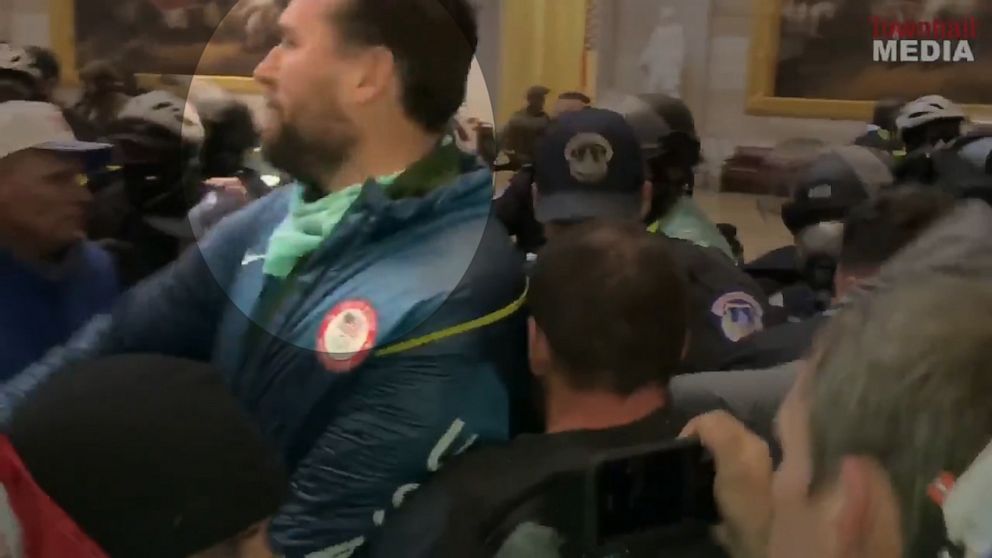 Former U.S. Olympic swimmer Klete Keller pleaded guilty Wednesday to a single felony charge for his participation in the riot at the U.S. Capitol on Jan. 6.

Keller, a two-time gold-medalist, was seen in videos wearing a Team USA jacket in the Capitol rotunda surrounded by other members of the pro-Trump mob.

He was indicted on seven federal counts in February, but in a deal reached with prosecutors he pleaded guilty to only a single count of obstructing an official proceeding, which carries a maximum sentence of 20 years in jail. Keller, however, is likely to receive a far lighter sentence after entering into a cooperation agreement with prosecutors.

A separate Jan. 6 defendant who pleaded guilty to the same obstruction charge, Paul Hodgkins, was sentenced to eight months in prison in July.

In charging documents, prosecutors said that while in the Capitol rotunda, Keller filmed law enforcement officers who were seeking to block the crowd from advancing through the building and at one point shook officers off him who were trying to remove him from the area.

Following his participation in the riot, Keller said that that he destroyed his phone and memory card and threw away his Team USA jacket.

Keller is next set to next appear before a judge in December, when prosecutors and his attorney will provide an update on the progress of his cooperation with the government. It’s not clear when Keller will be sentenced.

More than 80 individuals have so far pleaded guilty to charges stemming from the riot at the Capitol. At least 620 have been arrested for crimes relating to the Capitol breach, according to an ABC News analysis of public court documents, and the FBI is continuing to seek tips on the identities of hundreds more.