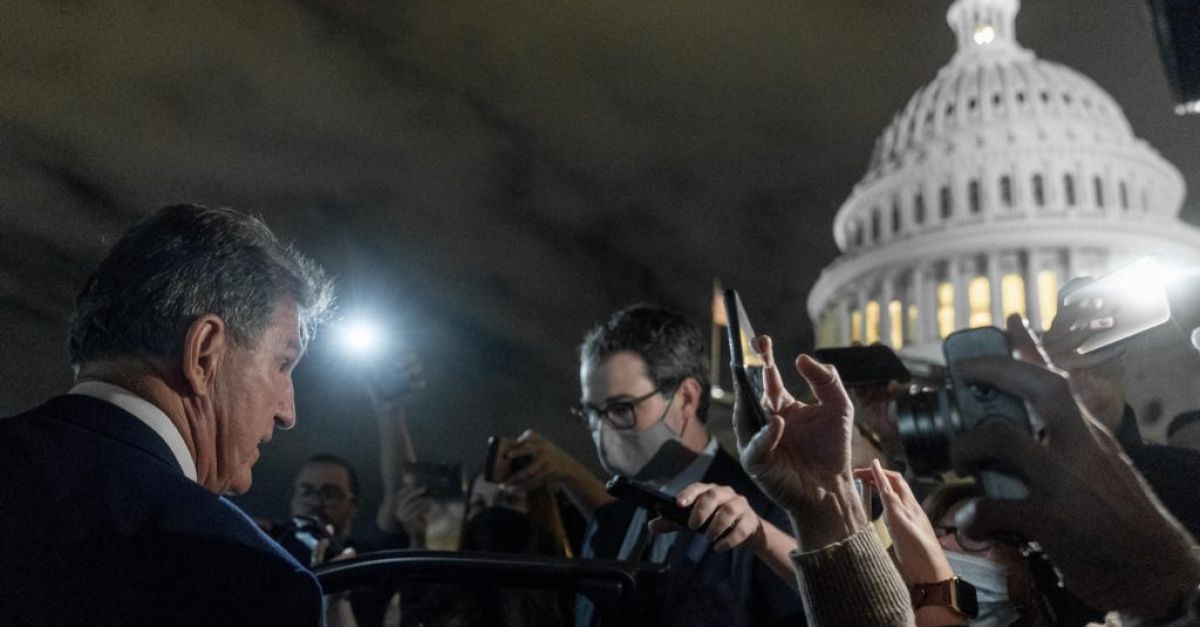 Speaker Nancy Pelosi had pushed the House into an evening session and top White House advisers huddled for talks at the Capitol as the Democratic leaders worked to negotiate a scaled-back plan.

Mr Biden had cleared his schedule for calls with lawmakers, but it appeared no deal was within reach, particularly with Democratic Senator Joe Manchin.

Mr Manchin refused to budge, holding fast to his earlier declaration that he was willing to meet the president less than halfway — 1.5 trillion dollars.

“I don’t see a deal tonight. I really don’t,” Mr Manchin told reporters as he left the Capitol.

Deeply at odds, the president and his party are facing a potentially embarrassing setback — if not politically devastating collapse of the whole enterprise — if they cannot resolve the standoff.

At immediate risk was a promised vote on the first piece of President Biden’s proposal, a slimmer one trillion dollar public works bill that is widely supported but has faltered amid stalled talks on his more ambitious package.

Progressives were refusing to back the roads-and-bridges bill they view as insufficient unless there was progress on President Biden’s broader plan that’s the heart of the Democratic agenda.

White House press secretary Jen Psaki released a statement saying: “A great deal of progress has been made this week, and we are closer to an agreement than ever. But we are not there yet, and so, we will need some additional time to finish the work, starting tomorrow morning first thing.”

The political stakes could hardly be higher. President Biden and his party are reaching for a giant legislative accomplishment — promising a vast rewrite of the nation’s tax and spending plans — with a slim majority in Congress.

The president’s sweeping proposal topped at 3.5 trillion dollars would essentially raise taxes on corporations and the wealthy and plough that money back into government health care, education and other programmes. He says tax revenue will cover the spending costs.

The idea was to produce the contours of an agreement over the broader package, proceed with the public works bill and negotiate the rest of the big health care, education and climate change bill in the days to come.

The day saw a partial win for Democrats, with Congress passing and President Biden signing legislation to keep the government running past the end of the fiscal year on Thursday and avert a federal shutdown that had been threatened by Republican blockades.

Under scrutiny, Mr Manchin called an impromptu press conference outside the Capitol, insisting he has been clear from the start. He told reporters he was “willing to sit down and work” on the 1.5 trillion dollar bill, as protesters seeking a bigger package and Biden’s priorities chanted behind him.