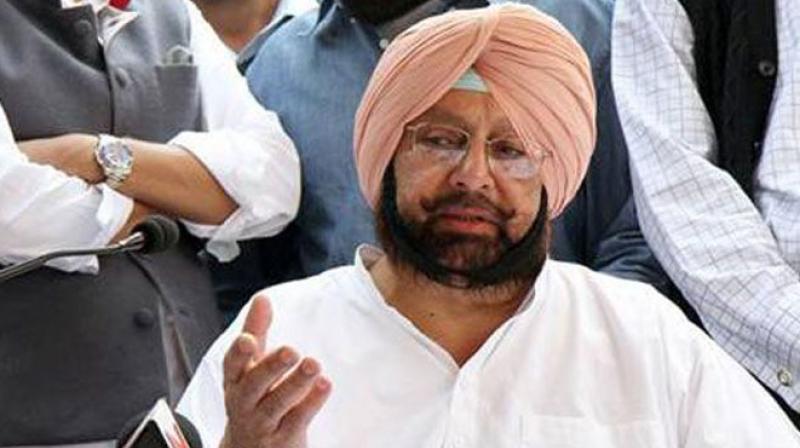 New Delhi: Former Punjab chief minister Capt. Amarinder Singh said Thursday that he would not remain in the Congress after being “utterly humiliated” and not trusted there, but he was not going to join the BJP either, as widely speculated after his meeting with Union home minister Amit Shah earlier this week. He added: “I will not be treated in this manner… I will not take such insults.”

The old Congress warhorse, who had resigned as Punjab chief minister earlier this month at the direction of the party high command, said that the Congress was now “going downhill”, with senior leaders being ignored. He also changed his Twitter bio hours after announcing that he would not stay in the party, and it now describes him as an Army veteran and a former Punjab chief minister “who is continuing to serve the state”.

The 79-year-old leader, who resigned on September 18, said he was “still thinking through his options in the interests of Punjab” as the security of the state was his main priority. Capt. Singh met national security adviser Ajit Doval on Thursday, and speculation is rife that he might form his own political outfit and perhaps draw away some sitting Congress MLAs.

Over the past few days, it had become evident that relations between the high command and Capt. Singh were fast deteriorating and it would be difficult for him to remain in the party. The former CM again launched a scathing attack on former Punjab PCC chief Navjot Singh Sidhu, saying: “I had said it before that Navjot Singh Sidhu is not the right man for Punjab, and if he contests, I will not let him win and will ensure his defeat. He is simply unfit.”

Capt. Singh has been camping in New Delhi for the last two days. The ostensible reason for his visit to the national capital was to collect his personal items from Kapurthala House, the official residence of the Punjab CM in Delhi, and to hand it over to his successor.

After his resignation earlier this month, Capt. Singh had said that the Gandhi siblings – Rahul and Priyanka – were “quite inexperienced” and that their advisers “were clearly misguiding them”. He had also lashed out at some of those advisers – K.C. Venugopal, Ajay Maken and Randeep Singh Surjewala. Interestingly, however, he did not attack the AICC general secretary in charge of Punjab, Mr Harish Rawat.

Capt. Singh described senior Congress leaders as “thinkers” who were critical to the party’s future, saying that while the younger leadership should be promoted to implement the plans, these should be devised by the senior leaders who were the best equipped to formulate them. But unfortunately, he added, the seniors are being “completely sidelined”, which was not good for the party.

There is also speculation that Capt. Singh, who was president of the All India Jat Mahasabha in 2013 when he was removed as PCC chief, might get actively involved again with this outfit to help resolve farmers’ issues.

The former CM condemned the attack on Kapil Sibal’s Jor Bagh house by Congress workers only because he had chosen to express views that were not palatable to the party leadership.

Capt. Singh expressed the hope that Punjab will vote for the future, he said his experience showed the people of the state tended to vote for a single party/force, irrespective of the number of parties in the fray. He added that “misgovernance in Punjab” would give Pakistan a chance to create trouble in the state and in the country, saying that his meeting with Mr Doval on Thursday morning centred around this issue. He had raised the same issues with Mr Shah at their meeting on Wednesday.