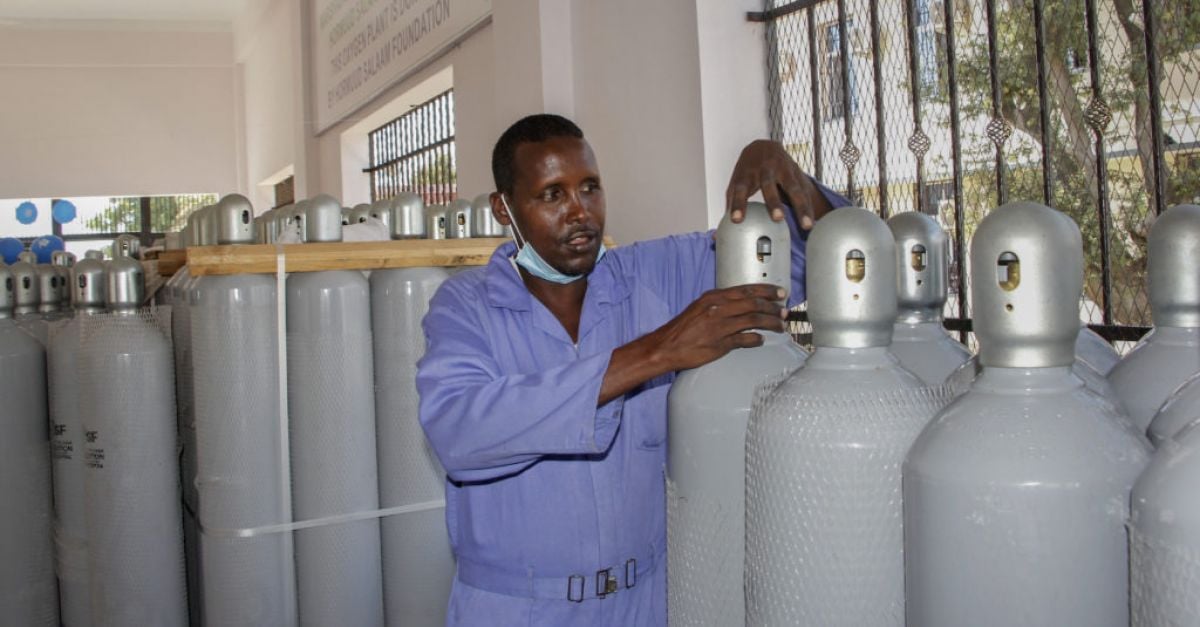 Somalia has opened the country’s first public oxygen plant as it tries to combat Covid-19.

The oxygen plant has been installed at a hospital in the capital, Mogadishu. It is expected to produce 1,000 cylinders of oxygen a week.

The scarcity of medical oxygen has hurt response efforts across many African nations as the delta variant of the coronavirus now drives the bulk of infections on the continent of 1.3 billion people.

“When we have people in the hospitals for Covid, the most important component is oxygen,” said Fawziya Abikar, Somalia’s health minister. “During the last months, we had a shortage of oxygen in all the city.”

Another such plant will be donated soon, she said. This one was purchased by the Hormuud Salaam Foundation, the charitable arm of Hormuud Telecom.

Insecurity in Somalia poses an added challenge to efforts to fight the pandemic.

A Covid-19 ward recently set up at the hospital was partially destroyed weeks ago in an attack by the al Qaida-linked al-Shabab extremist group, which controls parts of Somalia and frequently targets the capital.

Part of the work around the oxygen plant’s installation focused on repairing that damage.

Somalia has one of the highest case fatality rates from Covid-19 in Africa, and few measures are enforced to slow the spread of the virus.

The country has had nearly 20,000 confirmed cases of Covid-19, but more infections are likely undetected because testing is not widespread. Just 1% of the country’s population of more than 15 million has been vaccinated.