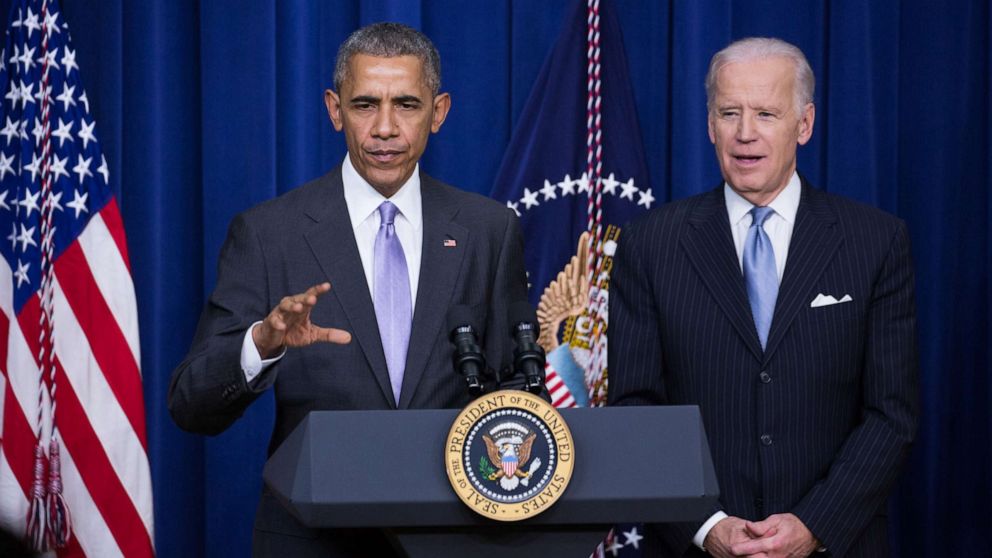 Former President Barack Obama believes the migrant crisis at the border in Del Rio, Texas, is “heartbreaking” and thinks comprehensive immigration reform is needed to fix “a system that, overall, is dysfunctional.”

“It’s no secret that we don’t have that. It’s the reason I proposed comprehensive immigration reform. It’s the reason Joe Biden proposed it during his administration, and it’s something that is long overdue,” Obama told “Good Morning America” co-anchor Robin Roberts in an exclusive interview that aired Tuesday morning.

As a candidate, Biden vowed to work with Democrats and Republicans to reach common ground on comprehensive immigration reform — efforts that have stalled in Congress for two decades.

Obama said that the crisis in Del Rio “is a painful reminder that we don’t have this right yet and we’ve got more work to do.”

“As big-hearted as he is, nobody understands that better than Joe Biden,” Obama added. “And the question is now: Are we gonna get serious about dealing with this problem in a systemic way, as opposed to these one-offs where we’re constantly reacting to emergencies? And I think that that’s something that every American should wanna put an end to.”

Biden vowed to implement a more humane approach to immigration than his predecessor, President Donald Trump, but now Biden is under fire from members of his own party over his administration’s handling of the migrant surge at the border in Del Rio.

At the center of the criticism from Democrats is the Biden administration’s use of a Trump-era public health order to rapidly expel thousands of those migrants, mostly Haitian nationals, without giving them a chance to apply for asylum within the United States — a move that violates U.S. asylum law, according to advocates challenging it in court.

“Despite the Administration’s rapid deployment of personnel and resources in response to this crisis, much of the strategy to address the care of these vulnerable individuals is deeply concerning,” Democratic Reps. Bennie Thompson and Gregory W. Meeks said in a joint statement Wednesday. “Specifically, we urge the Administration to halt repatriations to Haiti until the country recovers from these devastating crises.”

The Biden administration is defending its use of a Trump-era public health order to deport migrant families in court, arguing that lifting it would lead to overcrowding at DHS facilities, and that an influx of migrants, amid the delta variant surge, poses a public health risk.

So far, more than a dozen flights have taken about 4,000 people back to Haiti, Department of Homeland Security Secretary Alejandro Mayorkas said on CNN on Sunday.

At one point, there were more than 14,000 migrants in Del Rio, putting a strain on Customs and Border Patrol resources.

The influx of migrants from Haiti came after civil unrest erupted this summer following the assassination of Haitian President Jovenel Moïse and a 7.2 magnitude earthquake that devastated the Caribbean nation.

“Immigration is tough. It always has been because, on the one hand, I think we are naturally a people that wants to help others. And we see tragedy and hardship and families that are desperately trying to get here so that their kids are safe, and they’re in some cases fleeing violence or catastrophe,” Obama said. “At the same time, we’re a nation state. We have borders. The idea that we can just have open borders is something that … as a practical matter, is unsustainable.”

Obama also weighed in on Biden’s attempts to unite Democrats as divisions within the party threaten to imperil the president’s domestic agenda.

Amid ongoing disagreements within the party over a $3.5 trillion so-called “human infrastructure” bill, Biden met last week with House Speaker Nancy Pelosi and Senate Minority Leader Chuck Schumer, as well as moderate and progressive Democrats from both chambers.

“And as far as Democrats are concerned, I think President Biden is handling it exactly right, which is one of the great strengths of the Democratic Party is we’re diverse,” Obama said. “We come from all parts of the country. We look like the country as a whole.”

Obama said the country “desperately needs” the programs Biden has planned and predicted that the infrastructure package will pass.

“Any time Democrats try to pass legislation, there’s gonna be some negotiation and back and forth and sometimes some arguments that spill out into the press,” he said. “At the end of the day though, Democrats believe that we can make an economy that is fair, that we can address critical issues like climate change in a smart way.”

Obama has been outspoken in his support for his former vice president and told the New York Times in June that the Biden administration is “finishing the job” begun by the Obama presidency.

Obama is set to attend the groundbreaking of the Obama Presidential Center in Chicago on Tuesday — a presidential library in the historic Jackson Park neighborhood on Chicago’s South Side that will honor his legacy as the first Black president.