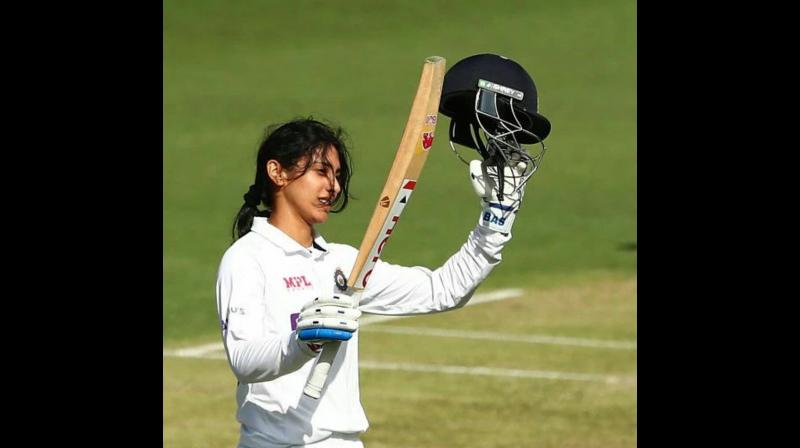 On the opening day of the four-day D/N pink ball Test against Australia being played down under, India’s Smriti Mandhana, the first Indian to face a pink ball in Test cricket, was unbeaten on 80 runs. An on Friday, she also became the first Indian to score a century in this version of the game.

Ahead of the second day’s play, her childhood coach and mentor Anant Tembulkar sent her a text message on WhatsApp which read, “Go for big daddy hundred” with an emoji. Within minutes, Smriti replied “Yes” “'You must score a hundred,” reiterated Tembulkar, and and Smriti replied: Haan, Mai bhi serious hu.” (I am serious about it too).

“The first Test hundred is always special for any player and since it is a pink ball Test it is definitely a proud moment for all of us”, Tembulkar, said, speaking exclusively to DC from Nagpur, where he is accompanying the Goa team he is now coaching.

Tembulkar is very confident of Smriti’s resilience. He is sure she would not have been plagued by the usual nerves when she ended the opening day of the match on 80. “I am sure Smriti would have had sound sleep She is mentally very strong,” he says.

Apart from Smriti’s hundred, it was Punam Raut’s gesture of walking off the field though the umpire had ruled her ‘not out’ that was the highlight of the second day of the Test.

The incident happened in the 81st over of India’s innings, when Raut, batting on 36, believed she had nicked Sophie Molineux behind to keeper Alyssa Healy. As umpire Phillip Gillespie shook his head signalling ‘not out’, Raut simply set off back to the pavilion, resurrecting the long-lost practice of ‘walking in Test cricket.

Raut’s decision, particularly in the absence of the DRS in the Test match, reignited the debate over the ‘spirit of cricket’ triggered by India player Ravichandran Ashwin. Australian opener Beth Mooney said there was ‘no chance’ she would have done the same when one of the commentators asked her what her reaction would have been in a similar situation.