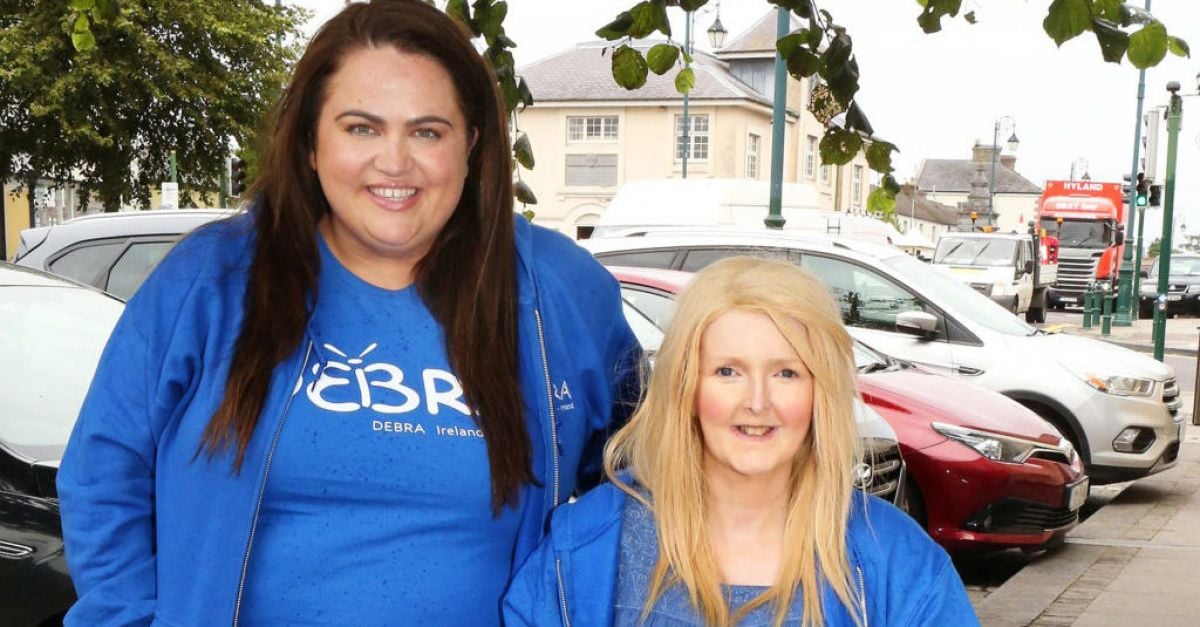 A 10,000-steps-a-day challenge led by social media star, Trisha Lewis has raised over €100,000 for charity – more than triple its target.

Lewis pounded the streets of her native Limerick, along with 1,100 others across the country, to raise money for the charity Debra Ireland.

The proceeds of the month-long StepTember Challenge will fund vital research, nursing and family care for the charity, which supports 300 people living with rare inherited skin disease epidermolysis bullosa (EB) and their families.

The skin of people who have EB can blister at the slightest touch, meaning painful bandaging has to be applied every 48 hours – and sometimes daily.

The Instagram star became a Debra ambassador after meeting Laois woman Emma Fogarty (37) who has EB and is unable to walk since losing her left leg two years ago.

“I’m really honoured to know her and be friends with her,” said Lewis, who has 209,000 followers on Instagram.

“I didn’t realise how difficult it would be to complete the steps but when I got near the finish line, I felt no matter how tough it got, I knew I was doing it for anyone who suffers with EB.

“The funds raised were amazing. We don’t know if EB is in anyone’s future – many people were not aware of the charity or the condition, and now they are all behind it.

“People have been overwhelmingly supportive, some even offered to do my steps for me.”

Ms Fogarty described public support for the fundraiser as “amazing”.

“It will make a big difference for patient support and for people living with this awful condition – and for future patients,” she said.

“Research is a big thing; even a new medication or bandage, it doesn’t necessarily have to be a cure, so these funds will go a long way.

“I’m so proud of Trisha. I would have loved nothing more than to do the steps myself, but I can’t. She and everyone else who took part have blown this out of the water and hopefully this will grow into a bigger, annual event.”

“This is the largest number of participants we’ve ever had for a single fundraiser,” Jimmy Fearon, the Debra Ireland chief executive said.

“StepTember was also about awareness, as the more people learn about EB, the more empathy, kindness and compassion is out there as a result.

“As well as raising crucial funding, it was about communicating the message about EB, which is just as important.”