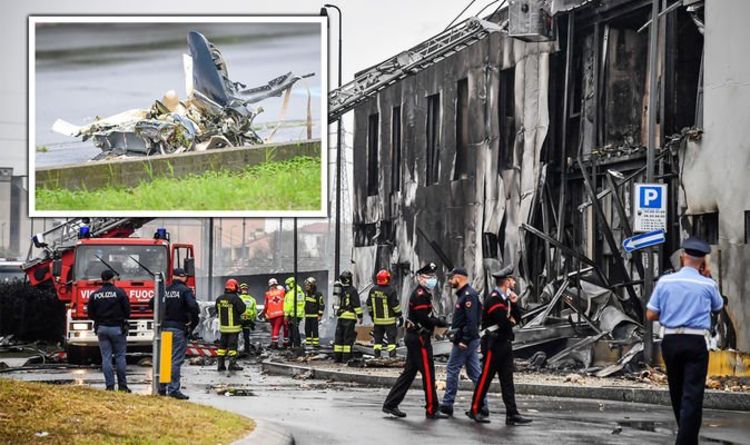 The accident happened near an underground station in San Donato Milanese, a small town near Milan earlier this afternoon, Italian authorities said. The plane had taken off from Milan’s Linate city airport and was headed for the island of Sardinia, officials said.

Firefighters at the scene initially said that the pilot and all five passengers aboard were killed.

It was later reported by local media outlet LaPresse that there were eight people aboard the flight, including a boy.

Italian newspaper La Repubblica reported that the victims were six French tourists, one of whom was a child, a Romanian pilot and another crew member.

No other casualties have been reported. 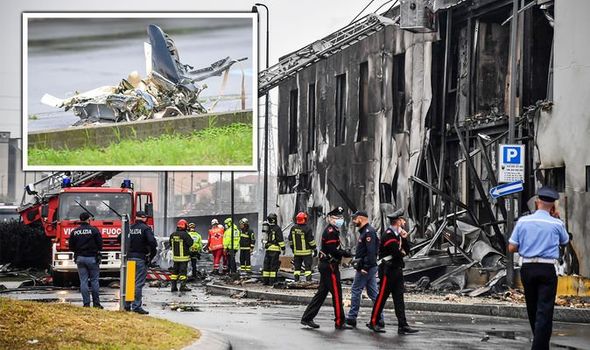 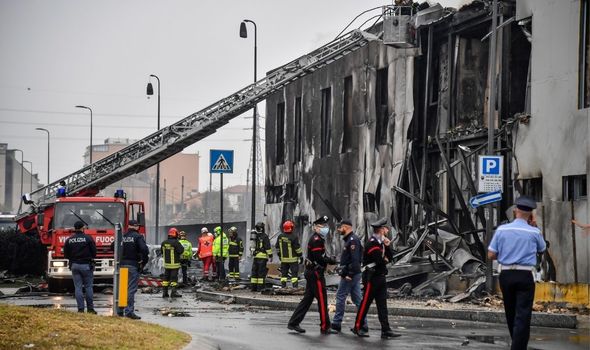 Italian authorities said several cars in a nearby parking lot were set ablaze, but apparently they were unoccupied at the time.

People in the area could hear a blast when the plane collided with the two-story building, which was empty at the time because it was being renovated.

Flames and smoke shot into the air and several vehicles parked along the street caught fire, witnesses said. 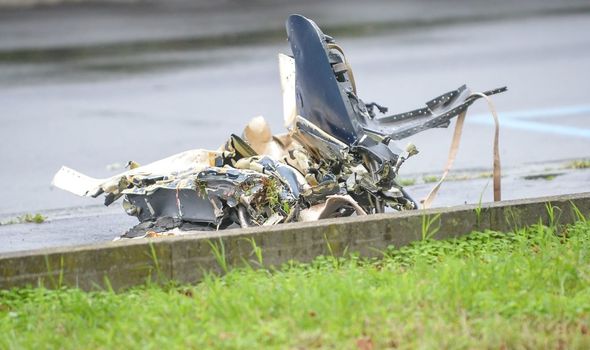 Carlo Cardinali, an officer of the Milan fire brigade, said: “The plane hit the building on the facade, with an extremely violent impact.

“The pilot made a turn (before the crash), so he noticed some anomaly.”

A 19-year-old witness named Andrea said: “I saw the plane swoop down and then crash.” 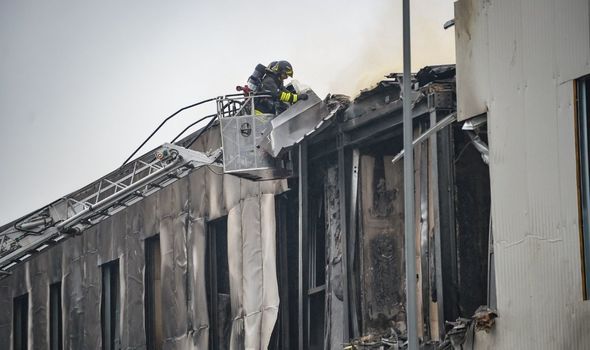 He said he called his friends as he got scared after hearing a loud bang and seeing pieces of metal everywhere.

Debris from the plane is scattered over a large area and the clean up operation continues, Italian authorities said.

Thick black smoke from the crash site could also be seen for miles. 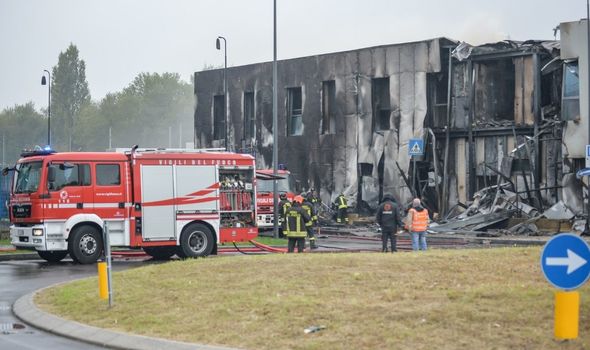 Italian authorities added that they have launched an investigation into the incident to establish the causes of the crash.