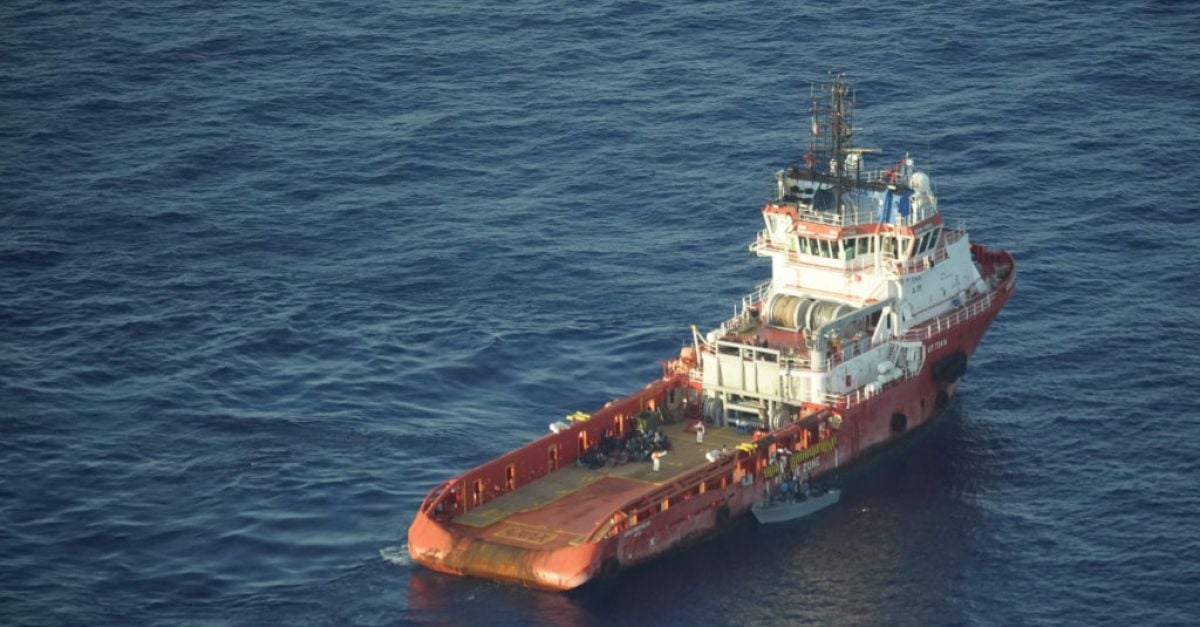 The Libyan coast guard has intercepted a wooden boat carrying around 500 Europe-bound migrants off the country’s shore.

The migrants were disembarked at an oil refinery point in the western town of Zawiya, a major launching point for migrants, according to the UN refugee agency UNHCR.

They include Sudanese, Somalis, Bengalis and Syrians, and are believed to have been taken to a detention centre.

It is the latest sea interception amid a surge in crossings and attempted crossings from the North African nation to European shores in recent months.

Earlier on Sunday, an Italian offshore supply vessel rescued 65 migrants, including women and children, from a crowded boat.

The migrant boat was drifting after its engine stopped working and was spotted by the Seabird, an NGO monitoring aircraft flying over the central Mediterranean on Saturday.

Those on board were not wearing life vests and were eventually rescued in international waters by the Asso Ventinove supply vessel near the Bouri oilfield following a request to do so from the Seabird. An Associated Press journalist flying with Seabird witnessed the rescue.

A Libyan coast guard vessel arrived at the scene soon afterwards to inspect the empty boat. It is common for Libyan authorities to retrieve engines following rescues.

The Asso Ventinove reported that all of those rescued, including five children, appeared in good health. In radio communication with the Seabird, the captain said he was waiting for orders from the rescue and co-ordination centre in Rome to assign a safe place to disembark the migrants.

So far this year some 44,000 people have reached European shores by crossing the central Mediterranean from Tunisia and Libya, often at the hands of smugglers who put them on unseaworthy boats.

Roughly half of those who arrived disembarked on Lampedusa, an Italian island closer to North Africa than Italy.

Despite the increasing arrivals, many fail.

As of September 25, more than 25,000 people had been intercepted by the EU-trained and equipped Libyan coast guard this year and returned to the war-torn country, according to the UN’s International Organisation for Migration (IOM).

Once disembarked, the migrants are often placed in squalid detention centres where they are subject to extortion, torture and abuse.

There were also more than 1,100 deaths recorded by the IOM in the Central Mediterranean this year.