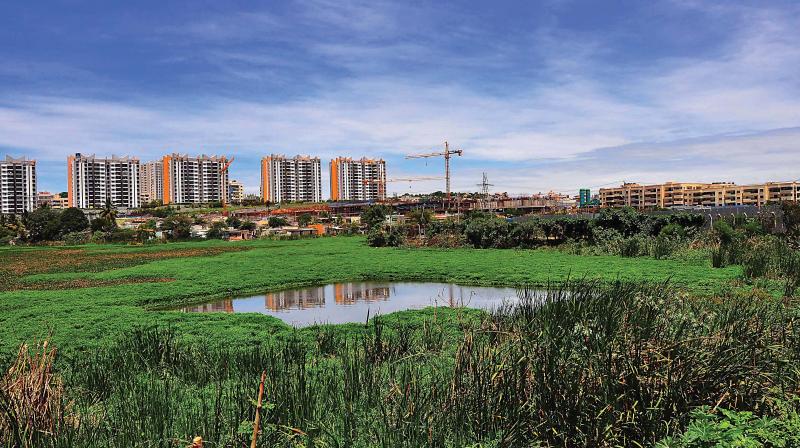 HYDERABAD:  Despite the High Court directive to the HMDA, GHMC and departments concerned to prevent new constructions within notified full tank levels (FTLs) of lakes spread across the state, their encroachments in the city are continuing.

In the latest instance, tractor loads of earth and debris are being brought under cover of darkness and dumped into Allkoni Cheruvu, a notified lake within GHMC’s limits. Constructions of religious and residential buildings have started at the location. Heaps of sand, boulders and debris could be seen at the location, with construction activity proceeding briskly.

Mohammad Mazher Ahmed, a resident of Falaknuma and president, Mass Foundation, an NGO, said: “I have been working against illegal constructions on lands belonging to lakes. In the process, I have found two persons – Sanobar Baig and Haleem Baig – involved in encroachment of Allkoni Cheruvu. Similar constructions on the lake had been destroyed by Balapur mandal revenue officer on March 11 last year. However, encroachments have started here again. I have brought the issue to notice of officials. But they are yet to initiate action this time.”

Mazher Ahmed pointed out that recent flash floods, which have devastated life of poor and middle class, have been due to such unauthorised constructions. If they are not stopped, disasters would once again follow.