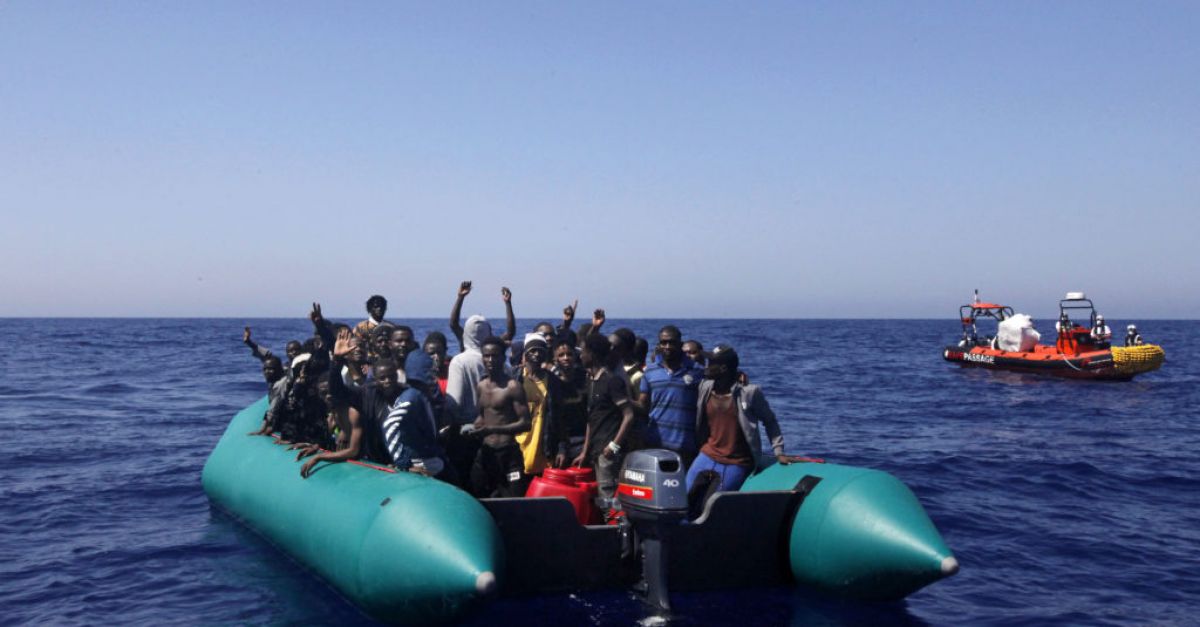 It marked the latest sea interceptions amid a surge of crossings and attempted crossings from the North African nation to European shores in recent months. It took place two days after a massive crackdown on migrants in a western Libyan town that resulted in the roundup of at least 4,000 migrants.

Libya has emerged as the dominant transit point for migrants fleeing war and poverty in Africa and the Middle East, hoping for a better life in Europe.

The trend developed after the country was plunged into chaos following the 2011 NATO-backed uprising that ousted and killed long time dictator Muammar Gaddafi.

Human traffickers have benefited from the chaos in the oil-rich nation and smuggled migrants through the country’s lengthy border with six nations. They then pack desperate migrants into ill-equipped rubber boats in risky voyages through the perilous Central Mediterranean Sea route.

The first wooden boat, with about 500 migrants on board, was disembarked early on Sunday at an oil refinery point in the western town of Zawiya, a major launching point for migrants, according to the UN refugee agency, UNHCR. They include Sudanese, Somalis, Bengalis and Syrians, it said.

Later in the day, the UNHCR said the coastguard returned at least 56 migrants, including three children, to Tripoli’s naval port, after their rubber boat broke at sea.

The migrants were probably taken to a detention centre as Libyan authorities typically do with intercepted migrants.

On Saturday, the Libyan coast guard intercepted about 90 migrants, including eight women and three children, and returned them to Tripoli, the UN agency said. The coast guard also retrieved the bodies of two migrants, while 40 others remained missing at sea, the agency said.

There has been a spike in crossings and attempted crossings of the Mediterranean Sea with the goal of reaching European soil. So far this year about 44,000 people have reached Europe’s shores by crossing the central Mediterranean from Tunisia and Libya.

As of September 25, more than 25,000 people had been intercepted by the EU-trained and equipped Libyan coastguard this year and returned to the war-torn country, according to the UN migration agency.

More than 1,100 migrants were reported dead or presumed dead off Libya in the first nine months of 2021.