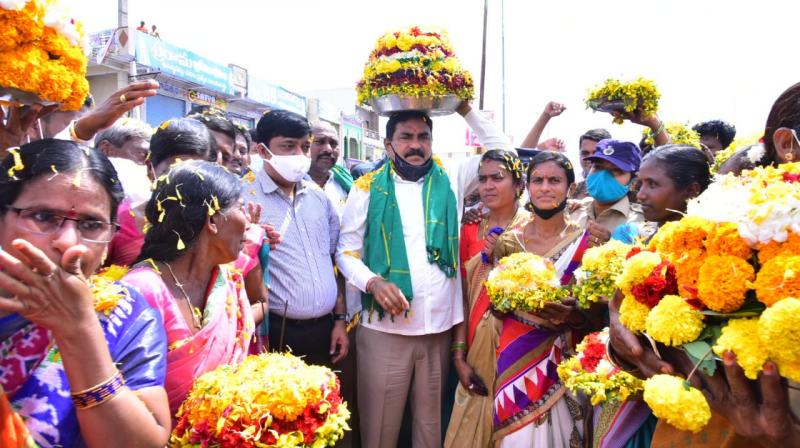 Adilabad MLA Jogu Ramanna distributed the saris at several functions organised in various colonies, apart from the Adilabad market yard. Addressing a gathering on the occasion, he said saris are being distributed to as many as 2,56,742 women in Adilabad district alone.

Congratulating women on the occasion, the minister said, “Nowhere in history has the government celebrated a festival by gifting clothes to people. CM KCR is continuing the tradition of gifting clothes to poor on festivals like Dasara, Ramadan and Christmas. Over one crore women in the state are receiving these saris every year,” he said.

Meanwhile, MLAs and district officials have paid rich tributes to Father of Nation Mahatma Gandhi on the occasion of his 152nd jayanti.