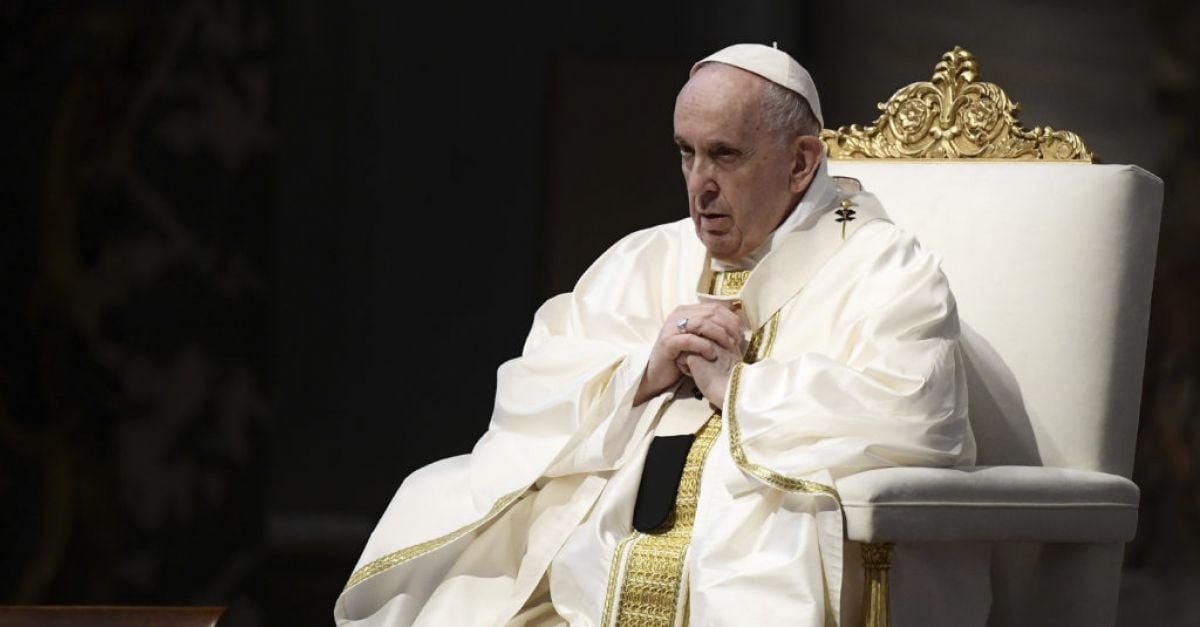 Pope Francis and dozens of religious leaders have signed a joint appeal to governments to commit to ambitious targets at the upcoming UN climate conference in Glasgow.

They also promised to do their own part to lead their faithful into more sustainable behaviour.

“We have inherited a garden; we must not leave a desert to our children,” said the appeal.

It was signed at a formal ceremony in the Apostolic Palace at the Vatican before being handed over to the head of the Cop26 conference, Alok Sharma.

Good to be back at @AnglicanCentre in Rome – a place of welcome and encounter that focuses us on unity and reconciliation. Especially important as we gather to prepare for #COP26.

Please pray for their vital work, and for unity in our sacred duty to protect God’s Earth. pic.twitter.com/y52DZNUVkz

For the religious leaders, care for the environment is a moral imperative to preserve God’s creation for future generations and to support communities most vulnerable to climate change.

It is an argument Francis has made repeatedly and most comprehensively in a 2015 encyclical, Praised Be.

Faith and Science: An Appeal for Cop26 is the latest initiative to rally momentum and outrage ahead of the summit in Scotland from October 31 to November 12 that experts say is a make or break chance to curb greenhouse gas emissions.

It follows the youth summit in Milan last week and an earlier appeal by three Christian leaders: Francis, the Archbishop of Canterbury, Justin Welby, and the spiritual leader of the world’s Orthodox Christians, Ecumenical Patriarch Bartholomew I.

They were joined on Monday by leaders of other major faith groups representing Sunni and Shiite Islam, Judaism, Hinduism, Buddhism, Taoism, Jainism, Sikhism and more.

Conspicuously absent was the Dalai Lama.

The Vatican has excluded the Tibetan spiritual leader from interfaith events for years to not antagonise China, and an appeal seeking to be heard by a top polluter such as Beijing is no exception.

The Glasgow summit aims to secure more ambitious commitments to limit global warming to well below 2C with a goal of keeping it to 1.5C compared to pre-industrial levels.

The event also is focused on mobilising financing and protecting vulnerable communities and natural habitats.

Pope Francis is widely expected to attend, though the Vatican has not yet confirmed his presence.

The Vatican event was jointly organised by the Holy See and the two countries leading the push ahead of the Glasgow summit: host Britain and Italy, which currently heads the G20.

Francis arrived in the Hall of Blessings with Bartholomew at his side, and then greeted each of the delegates as a string quartet played Vivaldi’s Four Seasons.

Usually Francis goes maskless inside the Vatican, but he donned a face mask on Monday, as did the other delegates.

In his speech, the Archbishop of Canterbury said that over the past 100 years, humanity had “declared war” on creation and must now repent by not only building a green economy but by bringing justice to the global south.

“I have run out of time,” he said at the end of his speech. “The world has just enough time to get this right.”