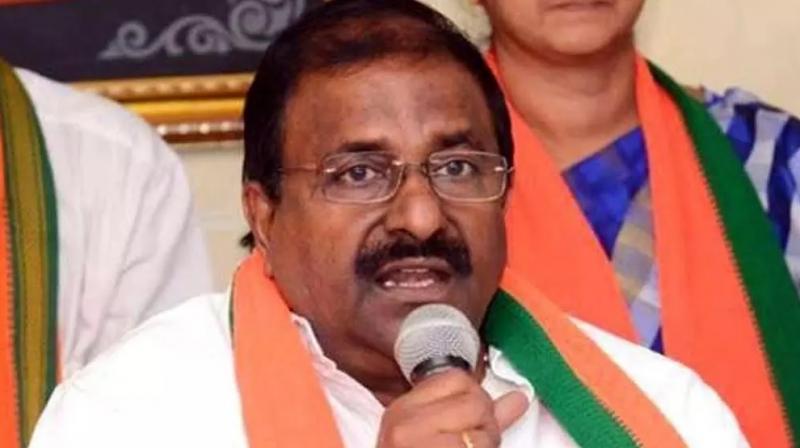 KADAPA: Bharatiya Janata Party (BJP) state president Somu Veerraju said that a decision on the Badvel by-election would be taken in line with the wishes of party workers. He said this would be communicated to the party’s central leadership, which will take the final call.

He was addressing party workers and activists here on Sunday.

Veerraju said that the BJ-led NDA government at the Centre was taking India to levels from where it was not only competing with the rest of the world in terms of development but also carving a niche for itself.

Stating that the Union government had built two national highways over Badvel, he criticised the YSRC government for putting their stickers to schemes that were centrally-funded.

The BJP leader alleged that funds given by the Centre towards various schemes were being deposited in the CFMS account and new loans were being taken to cover up for the deposits. He pointed out that N Chandrababu Naidu and YS Jagan Mohan Reddy were least concerned about developing the state and were only bothered about their own propaganda.

Veerraju said that the credit for building AIIMS in Amravati at a cost of Rs 1,800 crore goes to the BJP government, which is also extending support for many development projects in the state. He alleged that ruling party leaders had made millions of crores in the name of Jagan's house-sites. He said the only parties opposing the anti-democratic policies of the state government were the BJP and Jana Sena.