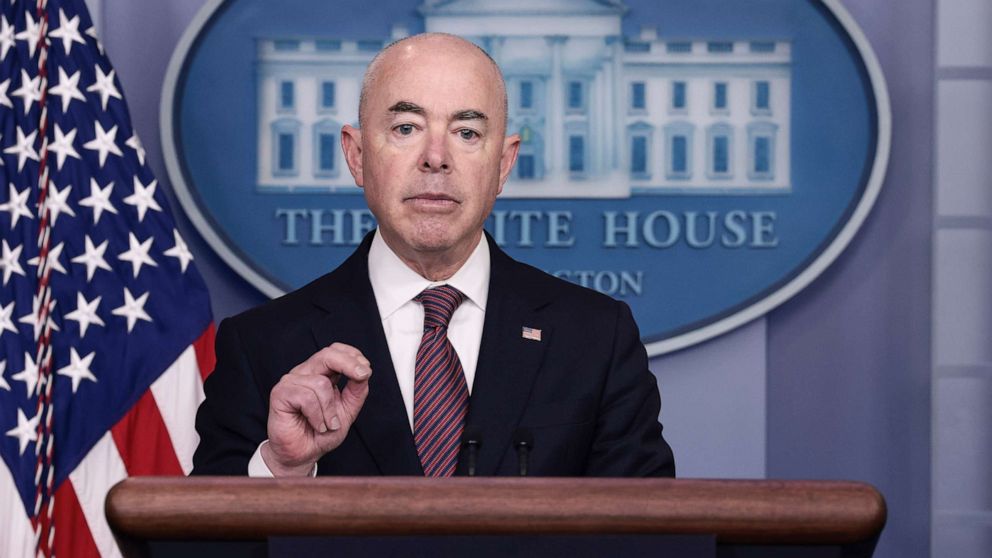 The Department of Homeland Security on Wednesday announced the formation of the Law Enforcement Coordination Council — an effort to “institutionalize best practices in law enforcement,” Secretary Alejandro Mayorkas said in an interview with ABC News.

The LECC, chaired by Mayorkas, is the “first ever” department-wide body that will serve as a governing organization for the department’s agencies like the U.S. Customs and Border Protection, and Immigration and Customs Enforcement, Mayorkas said.

During his previous stint at the department starting in 2009, best practices for law enforcement training and use-of-force policies have been a subject of Mayorkas’ portfolio.

“We are bringing a greater, in my opinion, a greater degree of organization, cohesion to [law enforcement policies],” Mayorkas said. “And the Law Enforcement Coordinating Council is comprised not only of the agencies that perform the law enforcement mission, but also offices within our department that have significant equities oversight offices as well, for example, such as the Office for Civil Rights and Civil Liberties, the office of privacy and the office of the inspector general.”

The commission being announced Wednesday was not influenced by photos of border patrol agents on horseback aggresively pursuing migrants attempting to cross the southern border, Mayorkas said.

“These efforts began well before the incident at issue,” Mayorkas said.

“We have received broader inquires for some time now, with respect to our training, our practices and procedures are policies to include use of force … and as we are communicating in response to those inquiries, we felt it appropriate in the service of transparency, to communicate directly to the public,” he said.

Mayorkas said that he doesn’t have a sense of timing on when the investigation into the border patrol agents on horseback will be complete.

“I know that the investigators understand the need to move both thoroughly and quickly, and they’re conducting the investigation independently,” he said.

Mayorkas explained that the results of the commission and best practices will be integrated into the department’s federal law enforcement training center.

Many state and local law enforcement agencies train at the training center, the Secretary said so, while not directly applying to local departments, he said his hope is they will be able to receive best practices from the department.

Mayorkas also said that the commission will look into various Department of Homeland Security agency policies, to ensure that any law enforcement policy discrepancies between agencies is “intentional” to fit the needs of that agency.

Mayorkas said the department will move with “deliberate speed” in getting these policies up and running and sharing them with the public but did not offer any concrete timeline.