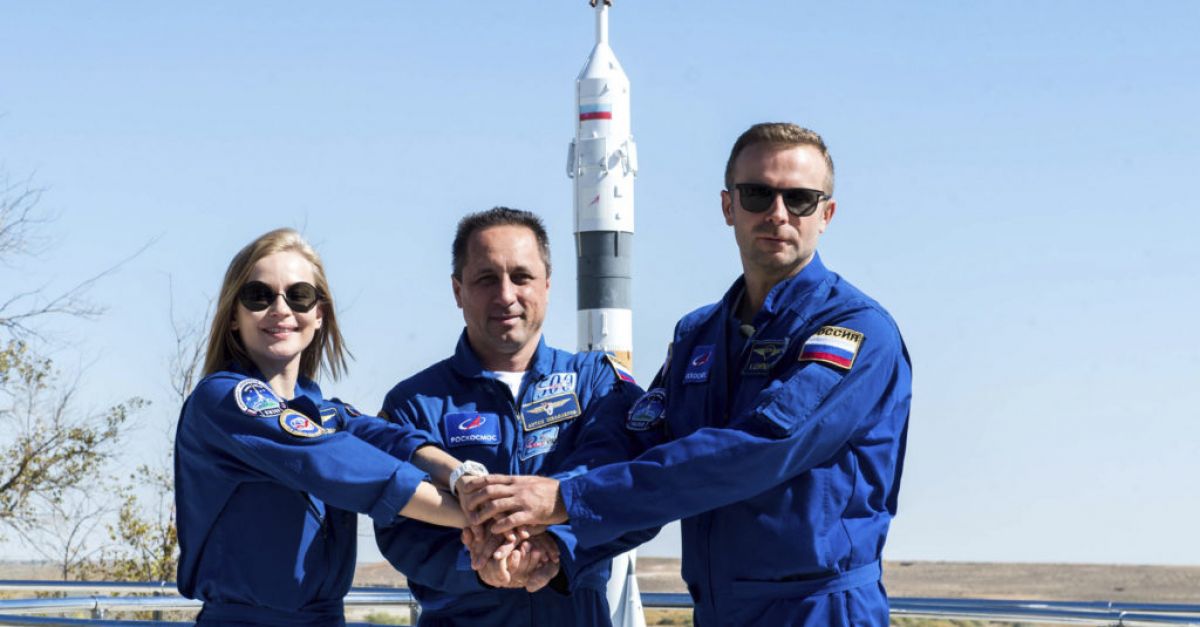 A Russian actor and film director have rocketed into space on a mission to make the world’s first movie in orbit.

Actress Yulia Peresild and director Klim Shipenko blasted off for the International Space Station in a Russian Soyuz spacecraft together with cosmonaut Anton Shkaplerov, a veteran of three space missions.

Their Soyuz MS-19 lifted off as scheduled from the Russian space launch facility in Baikonur, Kazakhstan.

They are to film segments of a new movie titled Challenge, in which a surgeon played by Peresild rushes to the space station to save a crew member who suffers a heart condition.

After 12 days on the space outpost, Peresild and Shipenko are set to return to Earth with another Russian cosmonaut.