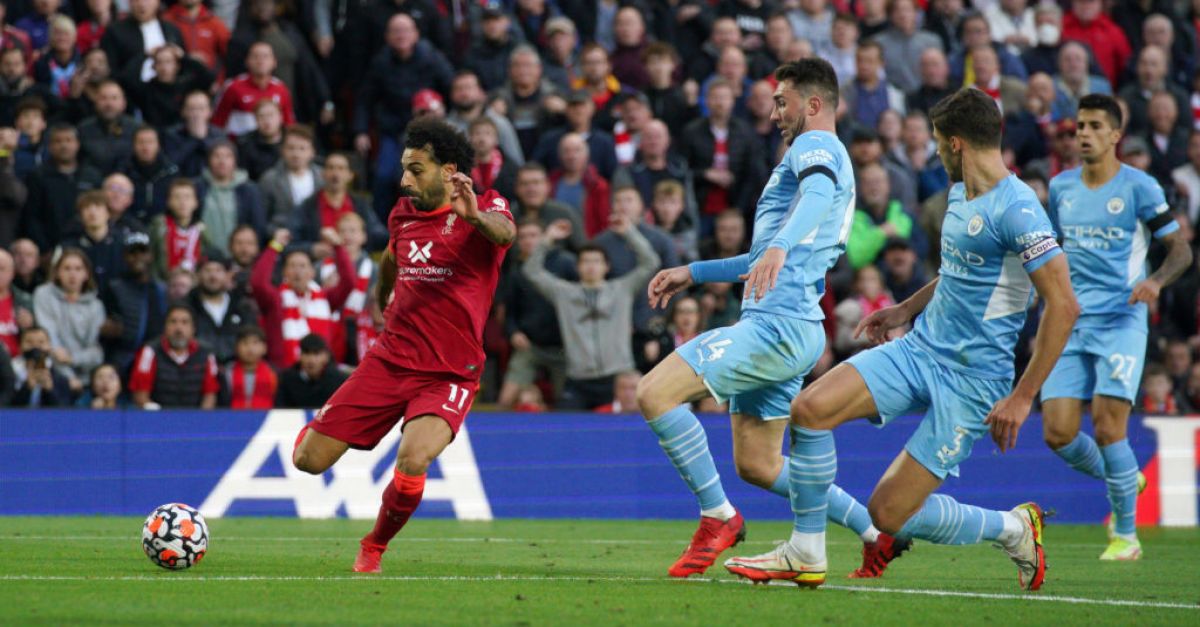 Liverpool forward Mohamed Salah insists the team have what it takes to reclaim the Premier League title.

If Jurgen Klopp’s side are to repeat their triumph of 2020 and take Manchester City’s crown they will need another stellar season from their Egypt international.

The 29-year-old scored an individual wonder goal against their main rivals – the seventh successive match in which he has found the net – but it was not enough to clinch victory as a late equaliser saw the game finish 2-2.

Current status: watching this on repeat 🔁🤩

“We really wanted to win this one, but we’re still in the game,” Salah wrote on social media.

“We’re going for the title, and we have what it takes.”

When the title went back to Anfield for the first time in 30 years Salah scored 23 goals in 48 appearances, ironically his worst goalscoring campaign at the club.

His nine goals already is three better than his previous best after nine matches — even his maiden season when he registered an impressive 44 and set a single-season new Premier League record.

He shows no signs of slowing down after scoring 134 in 212 Liverpool appearances and that is a record defender Andy Robertson believes deserves more credit.

We really wanted to win this one but we’re still in the game. We’re going for the title and we have what it takes. pic.twitter.com/JDnr2YMwHE

“He’s right up there for me. I still think he is incredibly underrated in terms of the way people speak about him,” said the Scotland captain.

“The goal is something that was out of the top, top drawer. When that goal went in, I think everybody was in shock.

“It’s just a shame it wasn’t the winning goal because it certainly deserved it.

“In a high (quality) game, with two teams full of really good players, for somebody to pop up with that it really is sensational.”

Salah has just over 20 months to remain on his existing contract and the club are keen to tie him down to an extension.

However, despite negotiations one of the main stumbling blocks appears to be wage demands with reports Salah wants upwards of £300,000 (€350,000) a week — a figure which would smash the club’s pay structure.

Owners Fenway Sports Group have been reluctant to offer longer contracts to players over the age of 30 — hence Georginio Wijnaldum’s departure in the summer — but the super-fit Salah may just be the exception with his team-mate suggesting he could maintain his current form well into his 30s.

“Off the pitch he works so hard to keep fit and stay in the shape he is and to put everything into his game and improve.

“He is getting better and better every season, but that goal was, I think, right up there with his best for Liverpool.

“For him to keep producing season after season is incredible consistency and long may that continue.”

Liverpool’s investigation into an alleged spitting incident directed towards City’s backroom staff during the game is ongoing, but Merseyside Police have charged four men — one local and three from Co Antrim — in relation to possession and/or throwing of pyrotechnics outside the ground.