Sky Sports commentator Michael Holding has won the prestigious Peter Smith Award, for presentation of cricket to the public, at the Cricket Writers’ Club annual awards.

A West Indies great, who is considered one of the greatest fast bowlers of all time, Holding has been a regular member of the Sky commentary team for over 30 years. 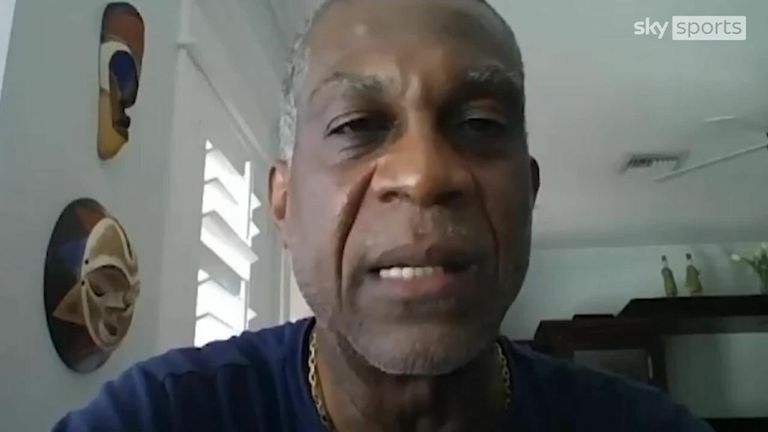 In the wake of George Floyd’s death last year, Holding spoke powerfully and eloquently about the need to combat racism, and his book Why We Kneel How We Rise has been longlisted for the William Hill Sports Book of the Year 2021.

The award winners were announced at the Cricket Writers’ Club Annual Lunch at the Kia Oval, on the occasion of CWC’s 75th Anniversary, and were voted on by a pool of over 450 media representatives.

Luke Fletcher was named the LV=Insurance County Championship Player of the Year after a brilliant season leading the attack for Nottinghamshire, who came third in Division One.

Yorkshire batter Harry Brook won the NV Play Young Cricketer of the Year award after a breakthrough season in the domestic game.

Brook performed impressively across red and white-ball cricket for Yorkshire, and made some eye-catching appearances for Northern Superchargers in the launch season of The Hundred.

Sophia Dunkley enjoyed an excellent debut season in the England team, making an impact in Test matches and white ball games, and she was named the winner of the JM Finn Women’s Cricket Award.

The first Black woman to play Test cricket for England, Dunkley scored an unbeaten 74 in the Test match against India, and 73 not out in just her second ODI appearance.

Brilliant 17-year-old all-rounder Alice Capsey starred in the Hundred for the Oval Invincibles and is the winner of the inaugural Sumaridge Estate Wines Emerging Cricketer of the Year.

Having helped the Invincibles to Hundred success, she went on to claim a second trophy with South East Stars in the Charlotte Edwards Cup, scoring 629 runs and taking 30 wickets in all competitions.

Brook and Capsey were completing notable doubles, having already been named as the best young players in the country by their peers at the Professional Cricketers’ Awards.

Alex Jervis – a player/coach with the Yorkshire Disability D40 hardball team and an England Learning Disability player – was named the Lord’s Taverners Disability Cricketer of the Year.