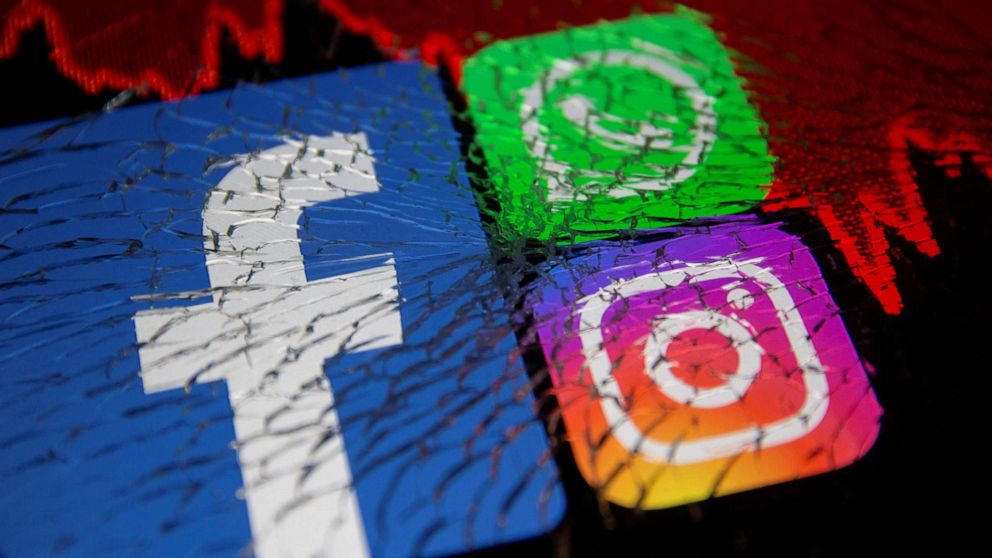 Facebook’s global power and influence were thrust under a harsh spotlight after a massive outage disrupted services for its entire family of apps, exposing fresh vulnerabilities for the tech giant at a time when it is facing intense, renewed scrutiny from regulators and lawmakers.

The company’s handful of digital platforms — including its namesake app, Instagram, WhatsApp and Oculus — were down for more than five hours Monday, sowing widespread confusion for the more than 3.5 billion active users the company boasts hosting across its ecosystem of internet services. The apps flickered back online Monday evening, and as of Tuesday morning all appear to be operating normally.

The rare outage, however, came at a tense time for the firm. It occurred one day before a scheduled Senate subcommittee hearing with a company whistleblower who leaked documents to lawmakers and the Wall Street Journal that suggest Facebook knew about the negative impacts of its platforms on young users. Moreover, the outage came the same day that Facebook filed a new motion to dismiss an amended antitrust lawsuit filed by the Federal Trade Commission that takes aim at the company’s market dominance.

While the incident spurred a slew of memes and cheeky reactions from competitors like Twitter, Facebook’s temporary absence was felt hard in parts of the world such as India and Latin America where its apps serve as digital infrastructure for vital communications and commerce.

Here is what to know about the outage that brought the internet to its knees.

What caused the outage and why did it last for so long?

Santosh Janardhan, Facebook’s vice president of infrastructure, shared more information on the cause of the outage in a company blog post Tuesday, after initially giving a vague explanation and apology to those impacted on Monday.

Janardhan said the outage “was triggered by the system that manages our global backbone network capacity.”

“The backbone is the network Facebook has built to connect all our computing facilities together, which consists of tens of thousands of miles of fiber-optic cables crossing the globe and linking all our data centers,” he added.

The data centers include massive facilities with millions of machines and smaller facilities that connect the backbone network to the broader internet and people using Facebook’s platforms, according to Janardhan. When users use an app, it requests data from the device to the nearest facility, which then communicates via the “backbone network” to a larger data center, he said.

“The data traffic between all these computing facilities is managed by routers, which figure out where to send all the incoming and outgoing data. And in the extensive day-to-day work of maintaining this infrastructure, our engineers often need to take part of the backbone offline for maintenance — perhaps repairing a fiber line, adding more capacity, or updating the software on the router itself,” Janardhan said.

“This was the source of yesterday’s outage,” he said. “During one of these routine maintenance jobs, a command was issued with the intention to assess the availability of global backbone capacity, which unintentionally took down all the connections in our backbone network, effectively disconnecting Facebook data centers globally.”

In a separate blogpost Monday, Janardhan also offered a brief explanation for why the outage took hours for the tech giant to resolve, saying the underlying cause of the outage also impacted “many of the internal tools and systems we use in our day-to-day operations, complicating our attempts to quickly diagnose and resolve the problem.”

On Tuesday, he added that hardening of its systems to prevent unauthorized access from malicious activity is also what led to a slower restart following the outage.

Was any personal data compromised?

In Monday’s initial blog post, Janardhan stated that Facebook has “no evidence that user data was compromised as a result of this downtime.”

Were hackers or malicious actors involved?

Facebook’s outage comes in the wake of a spate of high-profile cyberattacks, many involving ransomware, that have put companies and lawmakers on edge in recent months. Janardhan, however, emphasized that the issues that caused the outage were not the result of a hacking incident or cyberattack from a bad actor.

“We want to make clear that there was no malicious activity behind this outage — its root cause was a faulty configuration change on our end,” Janardhan stated Monday.

On Tuesday, Janardhan added again that the outage was not caused by malicious activity, “but an error of our own making.”

Why is it such a big deal for some that social networks are offline?

In addition to communicating with family and friends, Facebook’s services have also emerged as a crucial source of livelihood and commerce for many users.

More than 200 million businesses use the company’s apps every month, and the need for virtual storefronts and ways to do e-commerce was only heightened by the COVID-19 pandemic’s hit to small businesses.

Moreover, Facebook and its apps serve as a key lifeline connecting users to the online world in many nations where internet infrastructure and access are still developing. Rep. Alexandria Ocasio-Cortez, D-N.Y., lamented the outage’s hit to the “continents of people who depend” on WhatsApp and Instagram in a tweet pointing to the outsized impact the outage was wreaking in Latin America.

Brooke Erin Duffy, a professor of communication at Cornell University, told ABC News that “there are sprawling categories of workers whose livelihoods depend on the full functioning of these platforms,” including social media creators and small business owners.

Duffy added that the “abruptness” of the outage “highlights the staggering level of precarity that structures our increasingly digitally-mediated work economy.”

What does this have to do with the whistleblower hearing or FTC lawsuit?

Monday’s outage just happened to occur as the company has been in headlines for separate woes — including the Tuesday whistleblower hearing and the FTC legal saga.

Frances Haugen, an ex-Facebook employee, testified before a Senate subcommittee in Tuesday in the wake of internal research being leaked by her to the press and lawmakers that indicates Facebook was aware of its potential negative impact on the mental well-being of its young users. Haugen told lawmakers on Tuesday about internal evidence she reportedly has showing that the company — and CEO Mark Zuckerberg — intentionally ignored proof of its potentially harmful impact on users. Facebook has publicly refuted Haugen’s claims, and has said the Journal reporting mischaracterizes what it is trying to do.

Meanwhile, as the outage was happening, Facebook on Monday filed a new motion to dismiss the FTC’s latest antitrust complaint against it. While the outage happened independent of the suit, lawmakers such as Ocasio-Cortez have pointed to the fallout from the outage as evidence of alleged monopoly power wielded by Facebook.

Facebook denied the allegations of anticompetitive practices in a statement Monday.