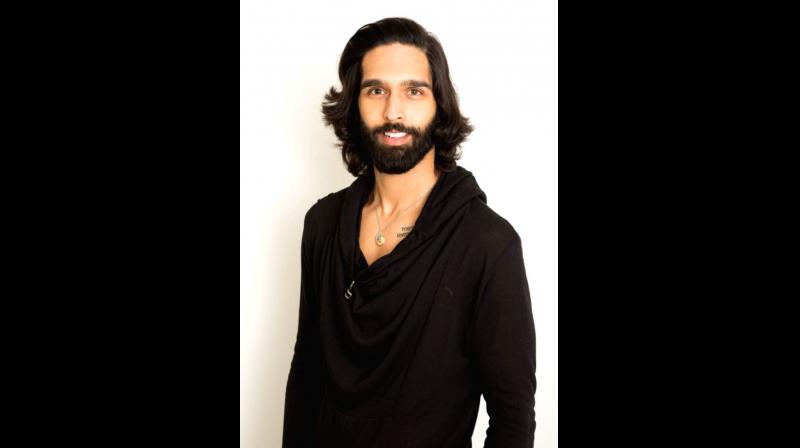 If I’m Honest: A Memoir of My Mental Health Journey by Sidhartha Mallya is a good read because it reinforces the basic truth — life is tough for everyone and we all have tough battles to fight. There is no escaping that. A privileged background doesn’t make you immune to struggles.

In his memoir, Sid, as he’s known, details his struggles with loneliness, depression, OCD, his parents’ divorce, becoming a teetotaller, letting his guard down during therapy and other difficult aspects of his life, which have gone hand in hand with the good times.

While the highs have been great, he is candid about the tough times as well. For a young 9-year-old, his parents’ divorce was not just heartbreaking, but a catalyst to a lot more issues later on in life. “As I’ve grown older, I’ve realised that growing up with an absent parent had major psychological effects on me and I carried that trauma for years,” admits the budding actor in his memoir.

A life lived in batches

He opens up about his feelings of loneliness and how splitting his holidays between his mum and his dad just made things more unsettling. “I had to split the school holidays between my mom and my dad until I was 18. This arrangement is pretty standard for kids from divorce. But living two separate lives with two different families further contributed to my feelings of loneliness and instability.”
“The four other children (my two half-sisters and my stepbrother and step-sister) all had the same mother, so they lived together. They were based on the west coast of America. I lived with my mom in the UK and would only see them during the school holidays — three or four times a year for a couple of weeks to a month at a time, depending how long the holidays were. Every time one of those trips came up, I’d be super excited. On the flip side, at the end of the trip, I’d be crushed. On the flight back home, knowing that all the other kids got to stay together, I’d feel alone and abandoned. I used to beg my dad at the end of every trip to go to court and get full custody of me, so I could live with him and them.”
“This constant coming and going had me crying myself to sleep many a night under the bed covers in our big dorm room at boarding school.”

Never felt part of the family

While he loved being part of his new family, Sid talks about feeling like an outsider there too. “I once saw a picture up on the wall in the house. One of my sisters had drawn it at school. It was titled ‘My Family’, and there were stick figures of her, our dad, her mom and her three other siblings — everyone but me. I don’t think I was intentionally left out, but because I wasn’t constantly there like her other siblings, she didn’t feel a connection.” Instances like these were heartbreaking — he never felt part of the family. Sid believes his step-mom had a huge role to play in this and says while she could make him feel like her own biological son at times, for most part he felt unwanted.
“As sweet, and as kind and caring she could be, she was more often than not a very cold person who could make me feel unloved, unappreciated and, worst of all, unwanted,” writes Sid. But she did offer him an apology when as an adult he spoke to her about how he felt she was to him when he was little. Due to his childhood Sid says in his memoir, “Stability and family are big parts of what attracts me to someone.”

Finding his path to peace

From a material point of view he had everything growing up from the best of toys, schools, holidays — he admits his dad provided him with everything and more, but what he craved the most was love and emotional support. Once when his dad surprised him by showing up at a cricket match he was taking part in at school, he was beyond happy because he felt reassured that his dad loved him despite his new family. In the memoir he also mentions how a year-and-a-half ago he and his dad had a heart to heart where he unloaded all his feelings and asked him why he was abruptly told about his new family (Sid was introduced to his half-sisters when one was a baby and the other was three years old). “I told him how I felt about the fact he had had another family without my knowledge. His response to this was to (quite rightly) ask: what would have been the right way to tell me?
The truth is, I don’t know. I don’t know if there is any ‘right way’ to handle this sort of situation. My dad himself is an only child of divorced parents. His father also had another family. I’m sure he suffered as well,” writes Sid.
While his parents divorce was an extremely tough thing to deal with, there were other tribulations waiting to come up.
Drama school was a blessing for him because it gave him an outlet for his emotions and he also sought therapy for the first time during that period. Battling depression is not easy but he decided to seek help. What’s amazing is he continued to seek professional help from various therapists till he found someone who made him feel comfortable enough to let his guard down.
Though his family was one of the largest producers of alcohol in the world, he also decided to quit drinking as it started to have a negative impact on parts of his life like his profession, relationships and mental well-being.
Now based in LA, Sid is open to questions about his various battles:

Q How does it feel to have written a book detailing your mental health journey?
Feels good. Happy to get it out there and to help people. If it can help one other person it’s a job well done.

Q You say your parents’ divorce was the toughest thing you went through. Did writing this book help you get rid of all the pent up emotions which were a result of the separation?
I don’t know if the book let me get it out. It’s a culmination of years’ worth of self-work. It’s not like one fine morning you wake up and say I will write a book. It takes great amounts of self-work to get to that space where you can talk about things. I have been working on it for a number of years.

Q According to you, can a child ever get over a divorce?
I don’t think so. You get used to it. It is an unnatural thing. You always think “what if?” Time is a great healer for you to come to terms with things, but I don’t know if you get over it.

Q Why do you think therapy is essential?
Therapy is great. It’s not an option for everyone because access is not always there but I highly recommend it and finding the right therapist. You only get as much as you can put in. You will only open up depending on how comfortable you feel.

One important aspect of therapy is getting third-party opinion. If it’s someone who is close to you or knows you, he/she comes with preconceived notions and prejudices. A third party is a blank slate so the advice you get is more impartial.

You are your grandmother’s agony aunt?
My grandma goes straight to negative thinking. She goes to the worst-case scenario. It has been hard for her; obviously for any parent to see their son going through tough times. She worries; I keep telling her you can drive yourself crazy speculating, that we can come up with every scenario under the sun and until it happens it’s not real. I tell her that it doesn’t really serve her.

It must be hard to see your father go through so much. How are you coping and how are you there for him?
You don’t want to see anyone you care about suffer, regardless of what they are going through. That’s inconsequential; you just don’t want to see the suffering. Like many things in mental health, “I am here if you need me,” that’s all. It’s almost the best advice you can give people, “I am not here to give you advice but I am here if you need me.”

You are very good at shutting down trolls. How do you do that?
I got myself into a little bit of trouble during the IPL days because I used to respond to people. Then I realised that there is only one person who comes out looking bad and it’s you, the person who has responded. Why throw more fuel on the fire; people just want responses out of you.

So does it not hurt?
Of course it does; if you read anything negative about yourself, it hurts. It’s about dealing with it and saying I accept it hurts but I am going to choose to respond to this with humour or love or compassion, as opposed to anger.

You talk about building bridges with your half-sisters in your book. How is that going?
It’s not building bridges because they were broken, not like big problems between us and now we have to fix things. By circumstance, the bridge was never actually there in the beginning because they lived on the other side of the world with their mother. We never actually had that close bond but now of course we are older we are more in touch over the phone.

How are things with your step-mother now? You talk about not feeling included while growing up and she apologising to you for this when you spoke to her about it?
It was nice because none of us should have an ego to dismiss an apology. If someone has the humility to say sorry, you must accept. It doesn’t serve anyone to hold on to grudges.

How is your OCD?
It’s still there. I am taking medication, low dosage of antidepressants, which help in its treatment. It actually got triggered while I was writing the book. But I have found ways to manage it. I can’t get rid of it but I learnt to deal with it.

How are things on the movies front?
It’s good. There were a couple of things on the horizon before COVID, which would hopefully be coming back.