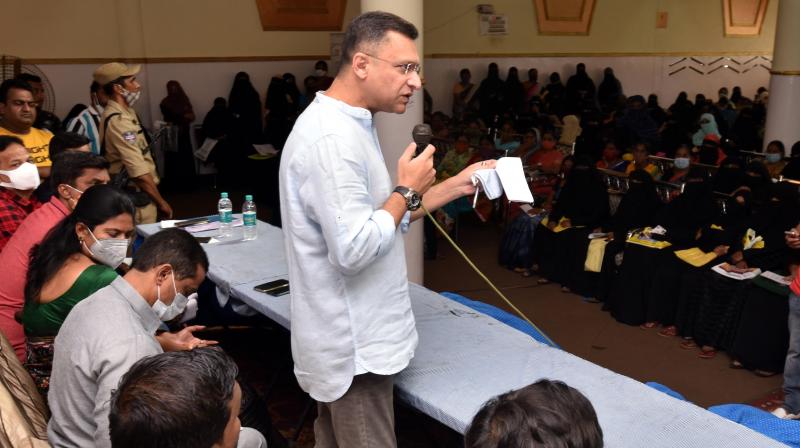 HYDERABAD: All India Majlis-e-Ittehadul Muslimeen (AIMIM) floor leader in the Legislative Assembly Akbaruddin Owaisi created a flutter on Monday when he spoke about his health and how long he would survive.

Owaisi became emotional when Speaker Pocharam Srinivas Reddy asked him to conclude his speech after he took more than an hour during the short discussion on welfare of minorities development of the Old City.

Owaisi remarked, "Sir, I entered this House when I was in my 20s and now I am in my 50s. I have been shouting and screaming for so long. I don't know how long I will live. But I want to make use of a single moment which has been blessed by Allah to serve the people and serve my community and do something and bring in some change before I die and leave this world.”

“This is why I am standing here. Sir, great anguish is there. Kindly give me some time. Sir, it is not easy for me to speak for one hour. My stomach hurts. It really hurts sir. It hurts but my hurt is nothing in front of the hurt and the pain and the suffering of the community I am representing for whom I am standing here,” the MIM leaders said

Owaisi continued his speech for 1 hour and 45 minutes. Akbaruddin Owaisi had sustained bullet and stab injuries in April 2011 when he was attacked near Barkas. Apart from opening four rounds of fire, the assailants attacked him with swords and daggers. He was admitted to a hospital and discharged after 20 days.

He suffered injuries to his left kidney, urinary bladder, upper portion of large intestine and upper limb. To this day, the bullet remains lodged near his kidney as doctors warn its removal may affect his legs.

Although it is more than 10 years since this incident happened, Owaisi continues to suffer from a severe stomach pain often and visits London to undergo treatment.