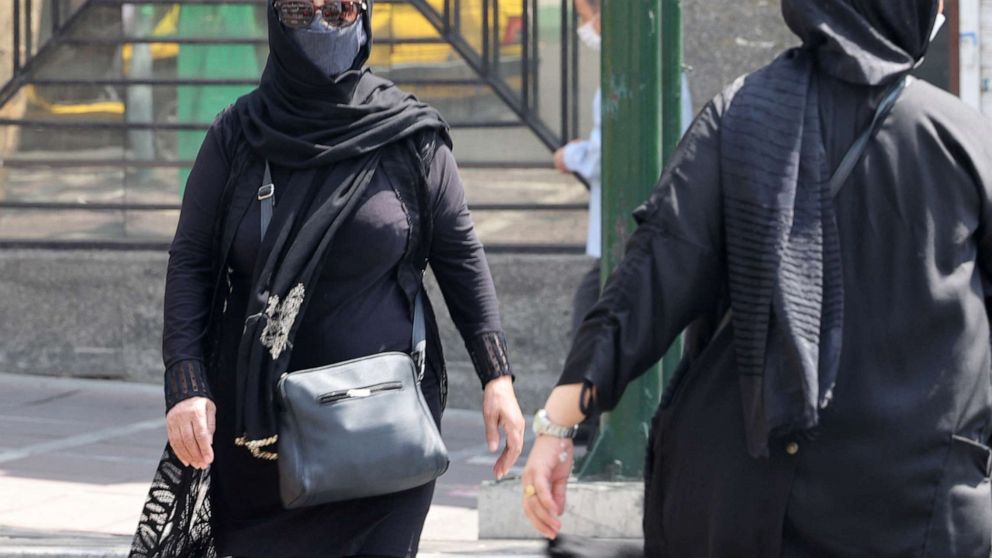 From Texas to Tehran, women have been fighting to protect their right to have an abortion — some by taking over the streets and others by taking over social media.

While a Texas law banning abortions after six weeks of pregnancy sparked protests across the United States, a letter from an official judicial body in Iran has mandated that local laboratories report on women with positive pregnancy tests to prevent “criminal abortions.”

The letter, issued by the crime prevention deputy at the judiciary in Iran’s Mazandaran province, was leaked on Twitter by health and medical journalist Mahdiar Saeedian.

“One of the ways to prevent abortion is … by connecting laboratories and the clinical centres to introduce mothers with positive pregnancy test results,” the letter states.

On social media, women reacted to the letter by protesting what they say is an attempt to control their bodies.

“I think we are outpacing ‘The Handsmaid’s Tale.’ Protecting patients’ privacy is meaningless,” one Twitter user wrote.

In Iran, abortion is illegal unless there’s proof that giving birth would endanger the life of the mother or child, or pregnancy screening tests show the child will have serious physical or mental disabilities. This law only applies to pregnant women who are legally married. Women who get pregnant from extramarital affairs have no legal options for abortion in Iran. While some 9,000 legal abortions are performed annually in Iran, a country of 82 million people, more than 300,000 illegal abortions are also performed there each year, according to the semi-official Tasnim News Agency.

Now, conservatives in Iran are trying to restrict abortions even further by requiring a medical team’s diagnosis as well as the approval of two “faqihs” – or religious experts – and a judge. The controversial bill has yet to be ratified.

“Just imagine a woman who has got pregnant in an extramarital affair. They would never dare refer to a lab for a pregnancy test if they know their information is being reported,” an Iranian women’s rights activist told ABC News, under the condition of anonymity for security reasons.

Sima, who asked ABC News to use a pseudonym to protect her privacy and security, said she was a 29-year old engineer who had just started a new job when she got pregnant from an affair she had with her boss three years prior.

“I managed to illegally get some pills to terminate pregnancy,” Sima told ABC News. “I took them, and I started to bleed severely and could not abort. Despite my friends’ insistence, I was afraid to go to the hospital for the fear of arrest.”

Sima’s friend ultimately took her to an underground abortion center for help, which was unsupervised.

“I was even afraid of telling my boss about it. He might have fired me,” she said, explaining how helpless women can feel when they seek an abortion.

In response to the backlash on social media, the official Mazandaran IRIB News published an interview with the crime prevention deputy of the provincial judiciary, saying the command in the letter was just to prevent “unprofessional abortions.”

The Iranian women’s rights activist told ABC News that the letter shows the “perspective” of what officials plan.

“Our experience proves that denials are just to soothe the backlash,” she added. “Consider the internet restriction plan — they say it is not in practice, but we see every day that our VPNs stop working one after another. So, this official denying the letter cannot put our minds in peace. They have serious plans to have more control on pregnancies.”

She said such laws show the Islamic Republic’s desire to maintain control over women’s bodies, while enforcing policies aimed at increasing the population of the country.

According to data from the Statistical Center of Iran, the country’s population growth rate between 2011 and 2016 was 1.24%. That has since dropped to 1.15%, according to data collected by the World Population Review.

“The solution to overcome a low population rate is not policing people’s relations and affairs, or their access to safe abortion or contraceptives,” the activist said.