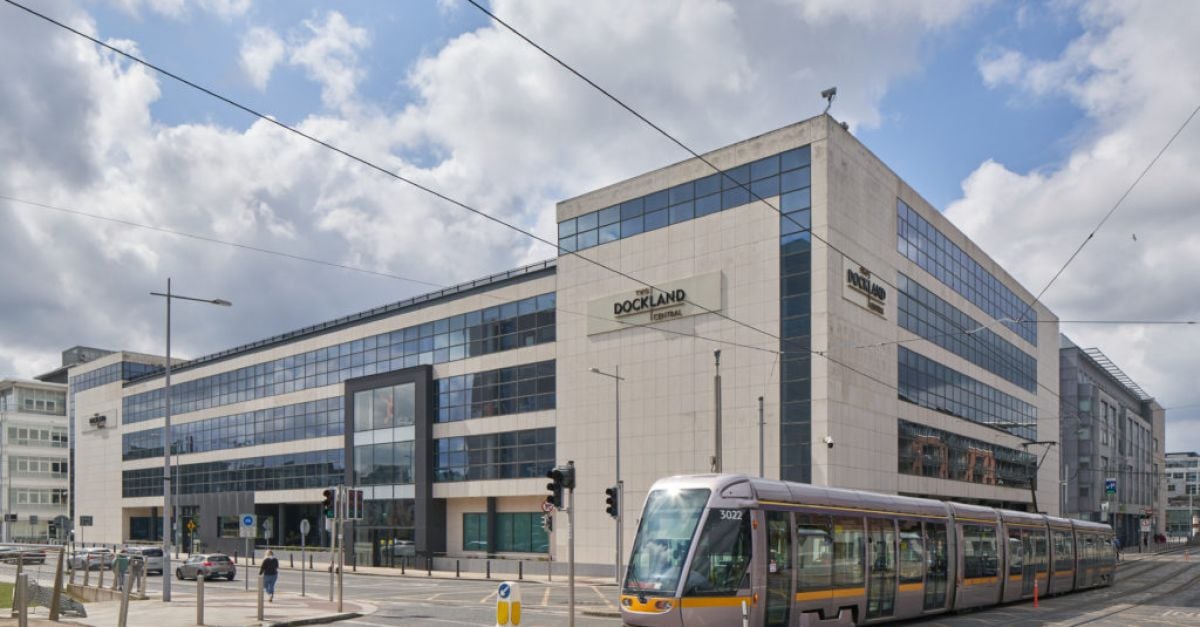 The Property, consisting of One and Two Dockland Central, was constructed in 2000 and is situated on Guild Street in Dublin’s North Docks.

It consists of 147,500 square foot of office accommodation across two adjoining blocks with parking spaces for 144 cars and 167 bikes.

It is fully let to a range of occupiers, primarily from the technology, banking & capital markets and state agency sectors, with contracted rental income of €8 million per annum (average office rent of €51 per square foot), an average of two years to next rent review and more than seven years term certain remaining.

Hibernia purchased One and Two Dockland Central in July 2014 for €90.8 million.

A further €21 million was invested in refurbishing and expanding the office accommodation and facilities and the Property was re-let.

Edwina Governey, chief investment officer of Hibernia, said: “During our ownership, One and Two Dockland Central has been a good example of the type of active asset management in which we specialise. Having acquired the Property in 2014, we negotiated lease surrenders from the main tenants, upgraded and expanded the lettable area before re-letting it to a mix of high-quality occupiers, unlocking significant value for our shareholders. The sale will enable us to recycle capital into the delivery of our Clanwilliam Quarter and Harcourt Square office clusters.”