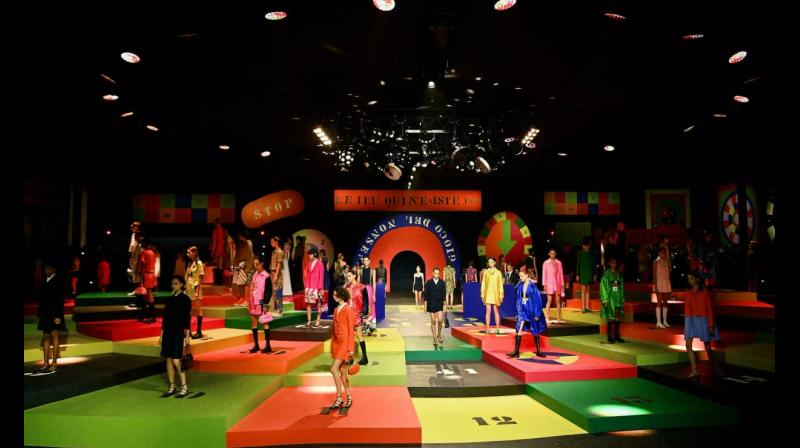 Paris Fashion Week, which is concluding on Tuesday after a nine-day line-up of events, both live and virtual, provided a smorgasbord of experiences for guests — many of them a direct result of the lessons and the changed perspectives provided by the pandemic.

Dior, Balenciaga, Stella McCartney and Yves Saint Laurent returned to the ramp format while other fashion houses chose to continue with online presentations.
Balenciaga integrated guests and models seamlessly, with the former not initially aware that  official models were walking among them and that some celebrities, including racing driver Lewis Hamilton and actress Isabelle Huppert, were secretly modelling the outfits, according to an AFP report.

Dior’s elaborate gameshow-style rotating stage allowed the models and their outfits to be seen from multiple angles.Young French star Marine Serre went with an online presentation but the clothes were on display to see and touch, while she was available to discuss directly with guests.

Some designers kept environmental concerns front and centre. Stella McCartney displayed the first-ever bag made from “Mylo” mushroom leather. Gabriella Hearst said 58 percent of her designs for Chloe were from low-impact materials and Dutch label Botter used recovered plastic waste from the sea for its aquatic-inspired collection.